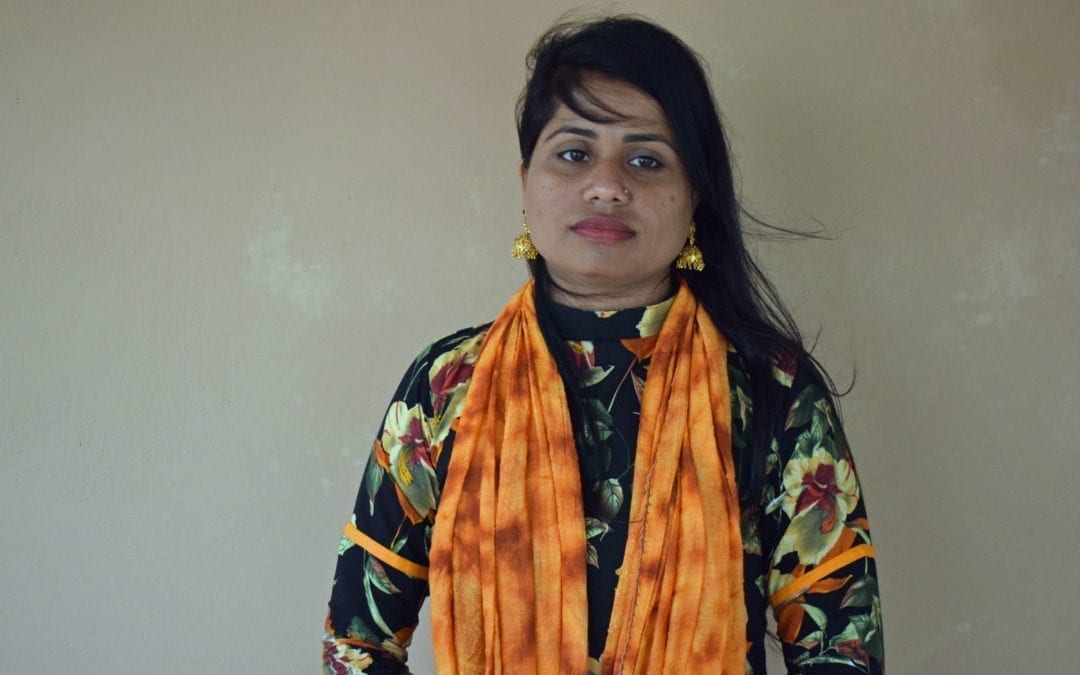 I am Monira Akter, working with Bangladesh Independent Garment Workers Union Federation (BIGUF) as an organizer for the past six years. I saw how my elder sister was abused and sometimes beaten in her garment factory, and that is when I decided that I wished to work for the rights and safety of all those brothers and sisters of the factory.

They were forced to work long hours without extra payment, sacked if absent for a day or two and had no trade union to voice their claims. It distressed me when I saw my sister returning home at night tired and sick with no time to spend with us or her husband. But we had no choice as we had five mouths to feed with no father or elder brother.

After the Rana Plaza disaster, there have been major changes which had not occurred in many years. Building and fire safety gave a sense of security for the workers in their workplace. They feel they will not lose theirs or their close ones’ lives in an accident just like Rana Plaza and thus are able to work feeling secured. Moreover, I am proud that we have been able to create leaders among the workers by organizing them into trade unions. In the past this would have been close to impossible.

I have worked day and night, went to gates of factories to talk to the workers, walked with them to their homes to earn their trust and to make them aware of how they are being exploited and deprived of their rights. So far, we have united 2,250 workers into trade unions and they say that we give them courage and hope. For me, these words are enough to encourage me to work on for them.

Some of their stories moved me. Once one of them told me that due to some reason a worker was ordered to leave the job immediately but instead she called our office right away. The manager seeing this told her to come back and keep working! This showed us how relevant we have become to the lives of workers and how we can influence the decisions of factory owners on worker rights.

A second story was about Mitu, a worker who was pregnant and submitted her resignation to management. She requested her benefits, but the manager would not allow it. She came to BIGUF informing us about her situation and we promised her our assistance. After many negotiations and heated conversations, we managed to extract all the dues she [legally] deserved without having to resort to legal proceedings.

This is how the garment workers lives are being transformed. The fact that I receive salary for this work is not my motivation. My husband discouraged me to work in this but I still adhere to my principles and wish to stay beside the workers who need of me. 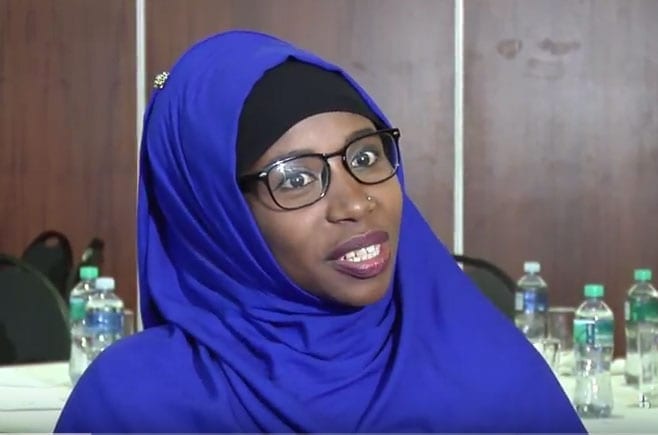 Struggling to support her family, Fauzia Muthoni left her home outside Nairobi, Kenya for Qatar, where a labor broker promised her work as a receptionist.

Instead, she was taken to Saudi Arabia where was forced into domestic work for multiple families and physically abused. Unable to contact her family, she worked for months before finally escaping.

Now back in Kenya, Muthoni works with the KUDHEIHA, a Kenya-based union for domestic workers, educating women on their rights when they seek to migrate for work abroad.

He encourages other workers to never give up their struggle. 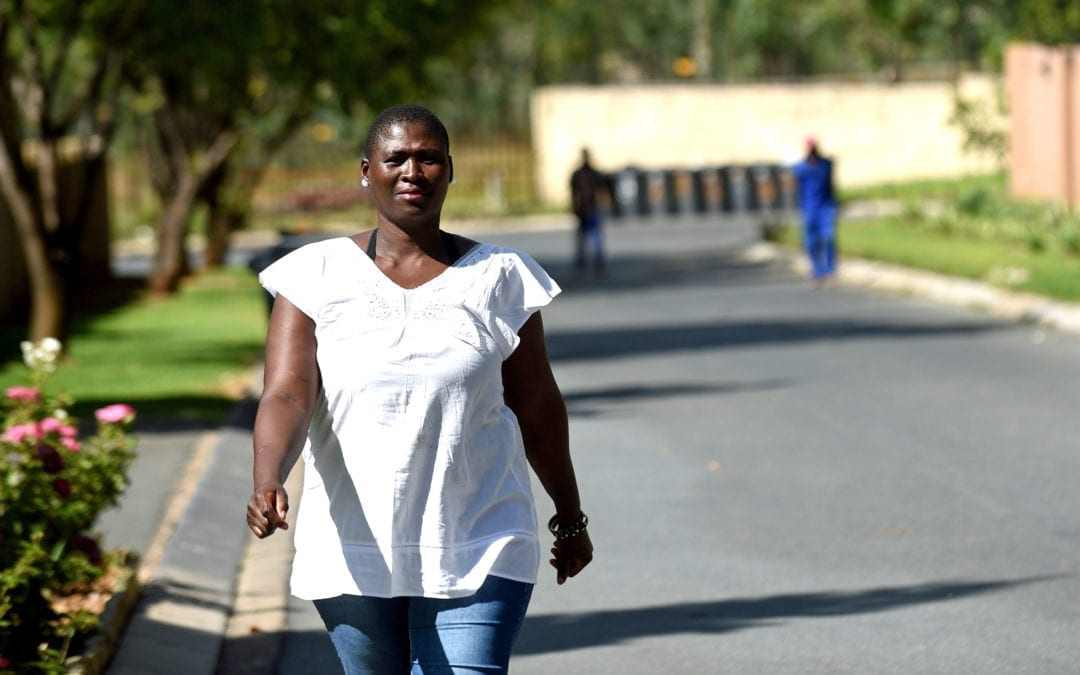 But after joining a union, Prexedes says she has a better salary, better working hours, weekends off and more. 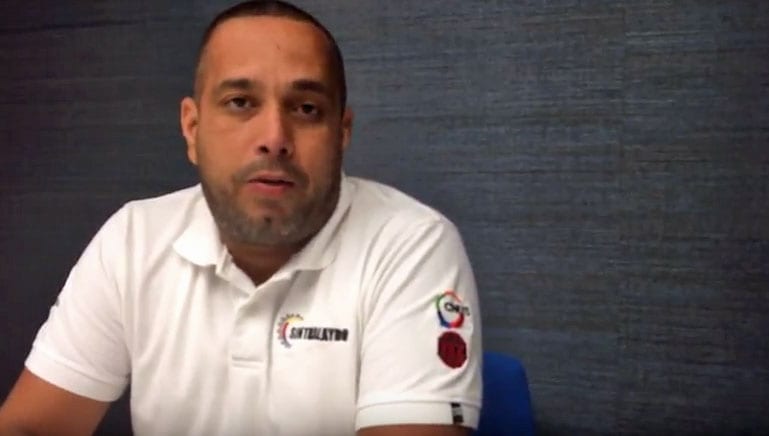 “Hello my name is Jésus Maria Lora , I am Dominican. I belong to the Dominican Pepsi Company/Frito Lay union (SINTRALAYDO). Here is a bit of my history and what we have achieved by being organised as a trade union.

“I have worked for the company for 10 years, I am education secretary.

“What can I say,  having succeeded in getting our collective contract has been a tough, but at the same time, good experience. We have been fighting for about nine years for this. Nine years ago we had a  situation which was one of precariousness for the workers, then we got involved in this daily struggle—well, day after day—our achievement was this collective contract; that’s why I am telling you my story.

“Don’t give up, keep your head high, and always fight for what you want, because if you do that, you will always achieve what you want as we did in the Dominican Republic. It’s been a success, a great achievement, this collective agreement. We have gained the confidence of the workers (women and men) through social media and the community.

“This has allowed us to be accepted, trusted by the workers and their families as well, to achieve this great level of support on social media that we invite you to copy from us, this struggle we have won, this experience we have acquired, which has been very good, I hope you achieve it too and above all, unity! Wherever there is unity, you will always achieve what you want to achieve.

“Not one step backward! Forward!” 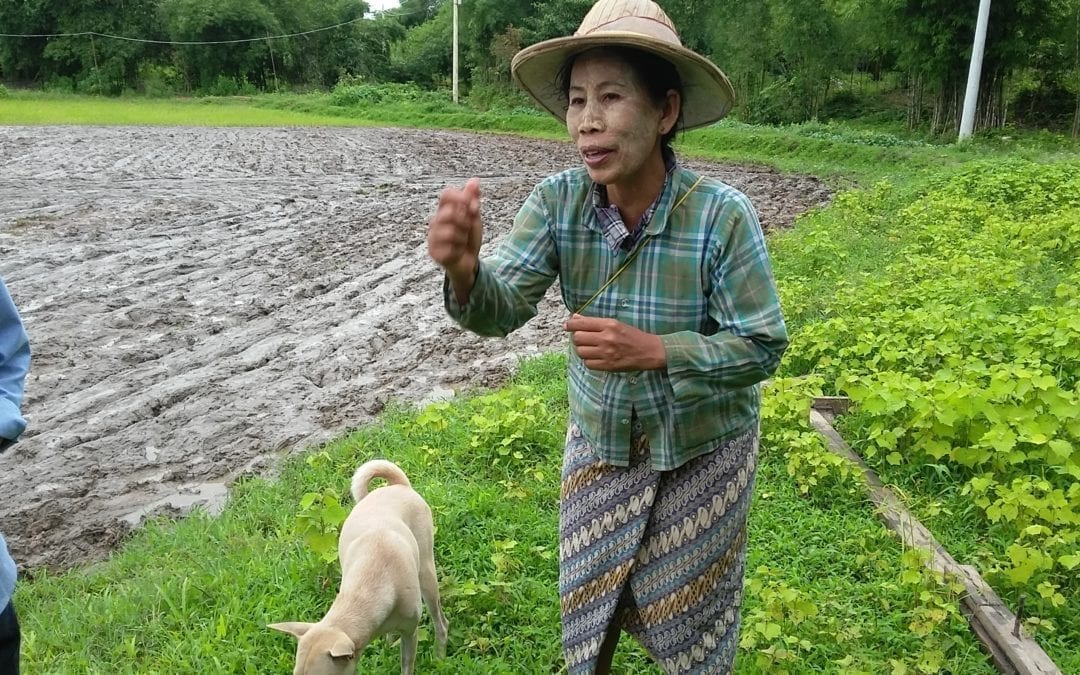 Burmese Rice Farmer: With a Union, We Improve Our Livelihood

For years, Kyin San, like many rice farmers in Myanmar, worried that her land would be confiscated for large-scale development, as had so many other farms over the years.

But now, Kyin Sun says, farmers are no longer hesitant to negotiate with the government to settle disputes. Along with 10,000 other farmers in the Hlae Ku Township, Kyin Sun has joined the Agriculture and Farmer Federation of Myanmar (AFFM), part of the Confederation of Trade Unions–Myanmar (CTUM).

“Through CTUM, we have made much progress,” she says.