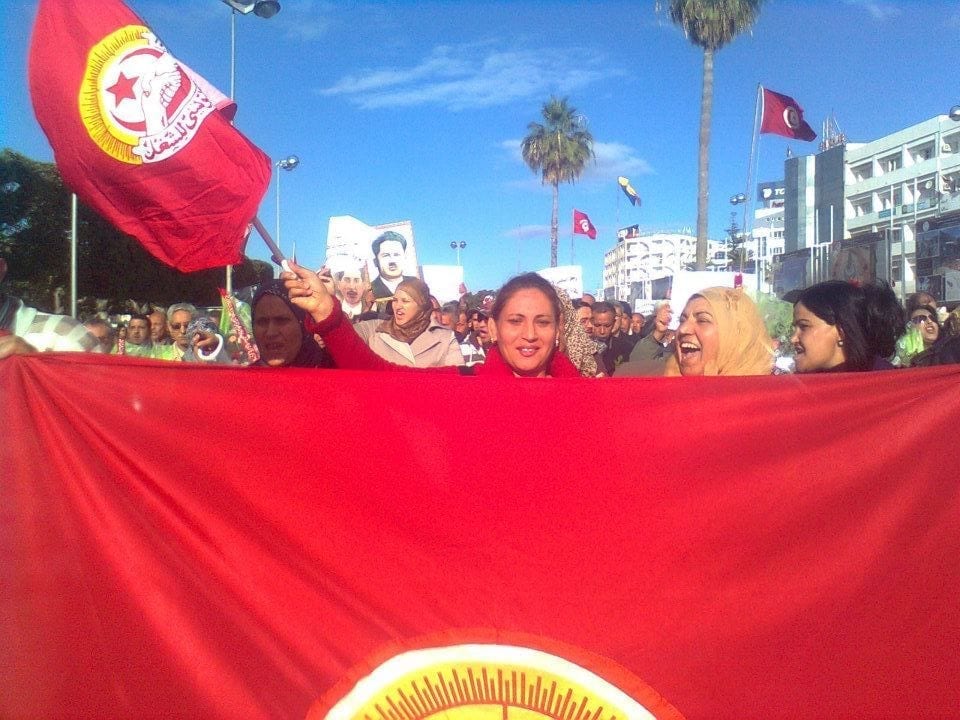 Days of economic protests in Kasserine, Tunisia, are the result of “the persistent marginalization” and “the ruling elite’s failure to achieve the hopes and expectations of Tunisians,” especially the young, according to the country’s union federation, Union Générale Tunisienne du Travail (UGTT).

“The UGTT supports the legitimate demands of hundred of thousands of marginalized and unemployed,” the federation said in a statement. The UGTT, a Solidarity Center partner, is calling on the government to “take urgent measures to remedy to this situation and to engage in a constructive and serious dialogue.”

Protests began on January 19 after a man committed suicide reportedly because he was denied a government post. Kasserine, with few jobs and a high poverty rate, is among many cities and towns in Tunisia’s central and border areas where workers, especially young people, are unable to support themselves and their families.

The government declared an indefinite nationwide curfew yesterday. Police use of tear gas to disperse the crowds sparked protests in several other towns, including Tunis, the capital, where hundreds took to the streets.

The UGTT is urging people to demonstrate peacefully and avoid violence, and is calling on the government, political parties and civil society organizations to join in national dialogue to address social tension and develop a strategy to fight unemployment.

The events echo the December 2010 suicide of a 23-year-old market vendor, Mohamed Bouazizi, whose death sparked protests for jobs and democracy that spread quickly across the country and ignited the Arab uprising.

Tunisian trade unionists, supported by UGTT, played a central role in the 2011–2012 revolution, and public outcry led to the ouster of President Zine el-Abidine Ben Ali, who had ruled Tunisia for 23 years, holding sway over a large percentage of the Tunisian economy, controlling real estate, hotels, airlines, telecommunications and automobiles.