75+ Union Members among Those Killed in Somalia 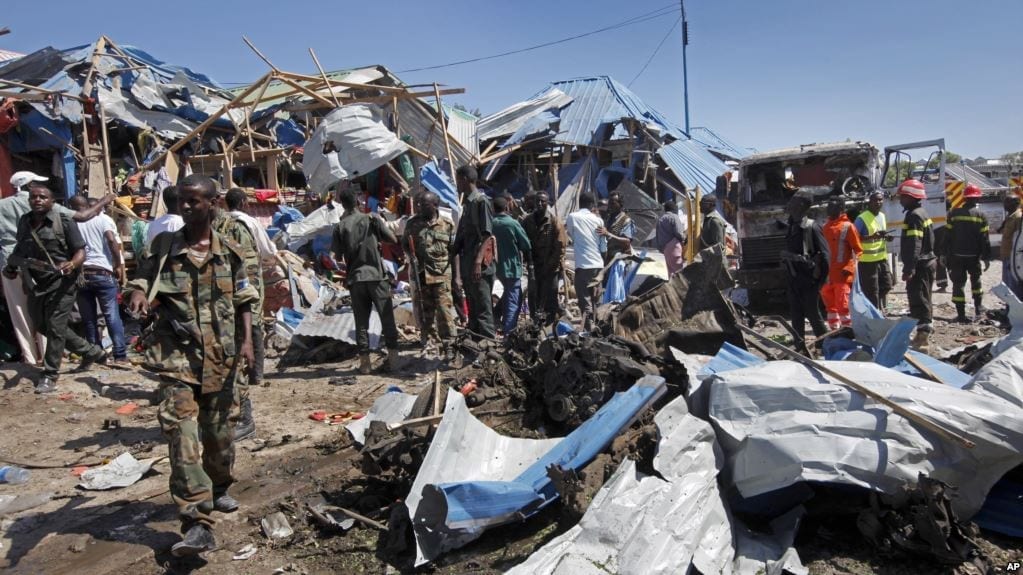 At least 300 people are now confirmed dead and 500 injured from the weekend’s double car bomb attack in Mogadishu, Somalia, that targeted two areas, including a busy hotel and shopping district.

Condemning the attack, Mohamed Osman Haji, chairman of the Somali Congress of Trade Unions (SOCOTU), pledged SOCOTU’s support to the injured people and called on the workers and the people of Somalia to remain calm and exercise restraint.

“The SOCOTU will give all the moral and material support it can to the families of the workers and people affected in this tragedy,” he says.

The country’s health facilities are overwhelmed with the extent and scope of the injuries. Some of the wounded are being airlifted to Turkey for medical assistance, and unions are working to ensure all the injured have access to medical care, including the ability to pay for such care.