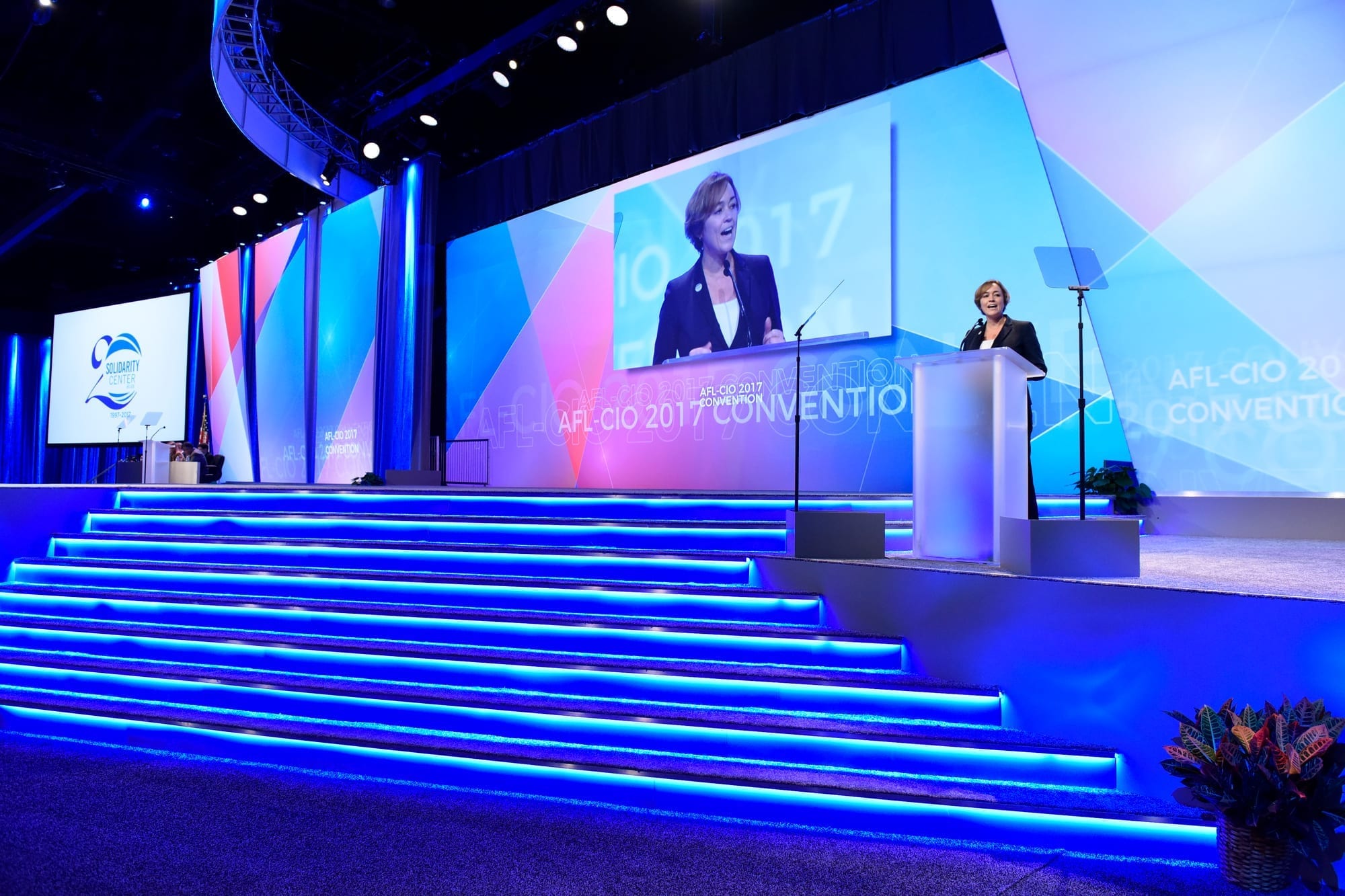 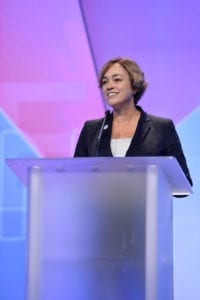 Solidarity Center Executive Director Shawna Bader-Blau says the Solidarity Center will “double down” in its next 20 years on advancing an agenda of inclusion for the global labor movement in asserting the right to form unions. Credit: Kaveh Sadari

“The Solidarity Center is at the forefront of global movements to protect freedom of association and hold corporations accountable,” according to the resolution. “As the Solidarity Center begins its next 20 years, it commits its future to a global labor movement based on true equality and inclusion for all workers.”

Speaking to convention delegates, Solidarity Center Executive Director Shawna Bader-Blau outlined rising global income inequality, gender pay imbalance and attacks on worker and union rights, but said that “workers everywhere win when we have a deliberate agenda of inclusion for our labor movement, and when we fight for our right to form unions.

“And the Solidarity Center—with you, and with the dozens of unions and millions of workers we can ALL call allies—will double down on that over the next 20 years to make sure it happens.” 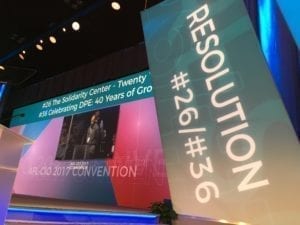 Bricklayers President Jim Boland introduced the resolution, and representatives of several U.S. unions and affiliated organizations stood to speak in support of Resolution 26: “The Solidarity Center—Twenty Years of Standing up for Workers around the World,” including Coalition of Black Trade Unions (CBTU) President Terry Melvin and IFPTE President Gregg Junemann.

The Solidarity Center is holding its 20th Anniversary celebration dinner November 15 in Washington, D.C. Sponsorship opportunities are available, and there is still time to buy individual tickets.

In conjunction with the celebration, the Solidarity Center also is hosting a book launch discussion on the new publication, Informal Workers and Collective Action. Click here to RSVP.