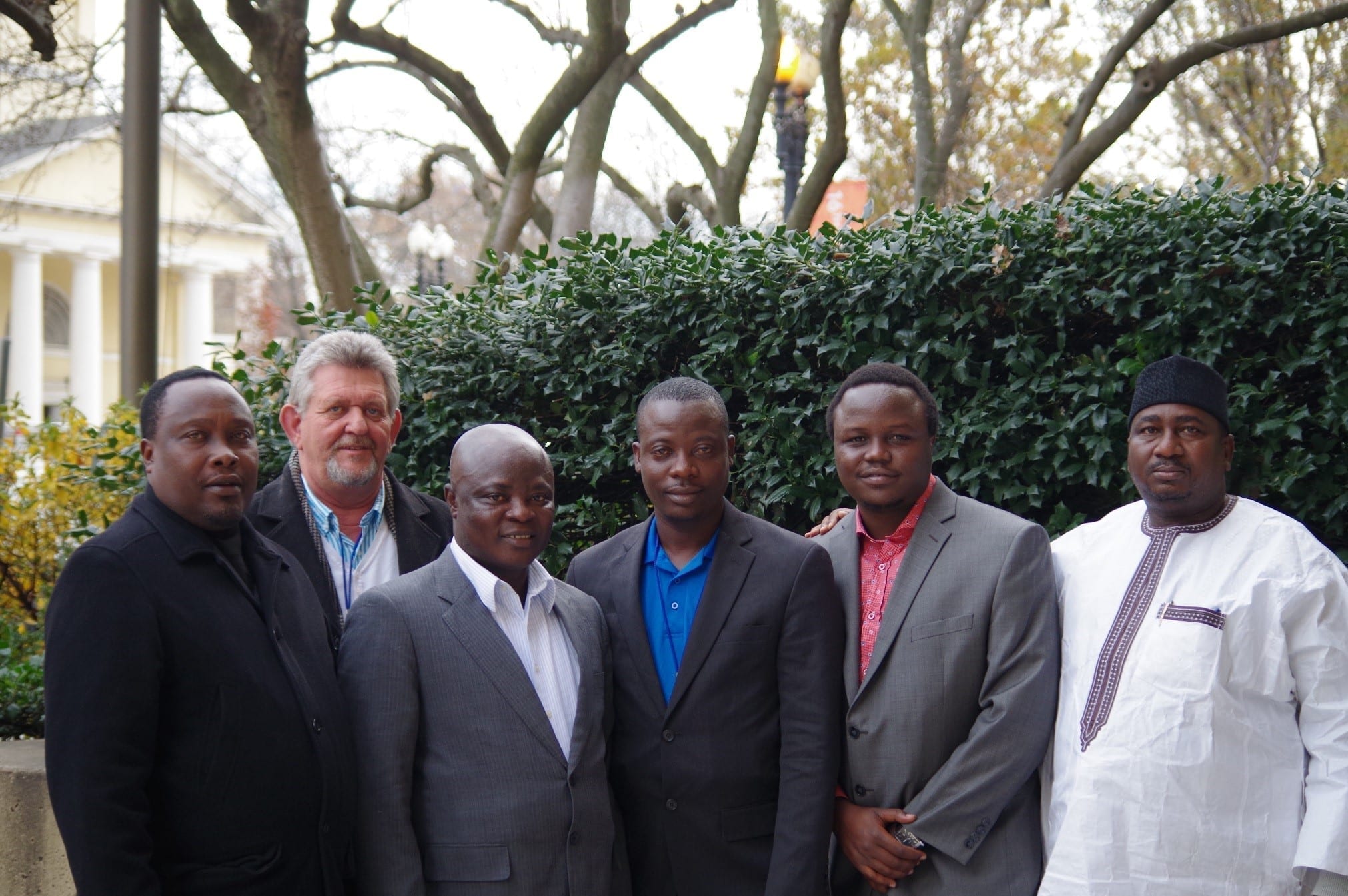 Addressing unemployment and underemployment, especially for young workers, is the most pressing issue for trade unions across Africa, according to participants in an African Labor Leaders Exchange Program sponsored by the Solidarity Center.

Speaking at a December 9 panel discussion at the AFL-CIO in Washington, D.C., six union leaders from Kenya, Liberia, Nigeria and South Africa discussed the challenges in securing economic prosperity for working people—and their strategies for empowering workers in the formal and informal economies.

“Unemployment is an African issue,” said Philip Kwoba, director of Youth Organizing with the Central Organization of Trade Unions (COTU) in Kenya. Unions in Kenya are reaching out to informal economy workers, which include many young workers, helping them form worker savings associations as a step toward unionization and gaining bargaining rights. “We are allocating resources to help,” said Kwoba.

Sackoh said labor recruiters take children from parents in their villages, promising the children will go to school in the city. Instead, the children are used in forced labor. “Even though our research shows (the children) want to return,” they are unable to do so for seven to 10 years,” he said.

Sackoh pointed to the Liberian trade union movement’s tremendous victory in eradicating child labor at the Firestone Natural Rubber Liberia plantation, and said the union movement now is working to address the issue at the seven other plantations across the country.

“Getting women elected to high offices is now on the union agenda,” said Boniface Kavuvi, general secretary of the Kenya Union of Commercial, Food and Allied Workers (KUCFAW). Kavuvi pointed to domestic workers in Kenya, represented by KUDHEIHA, as an example of dynamic organizing and strong leadership by women in Kenya. “They have done a tremendous job,” he said.

The six union leaders traveled to the United States for a South–South labor leaders’ exchange in which African labor leaders met with community and trade union organizers across the southern United States. The Solidarity Center worked with the U.S.-based labor education program, the National Labor Leadership Initiative (NLLI), to facilitate the exchange, sponsored by the U.S. Department of State’s Bureau of Educational and Cultural Affairs.