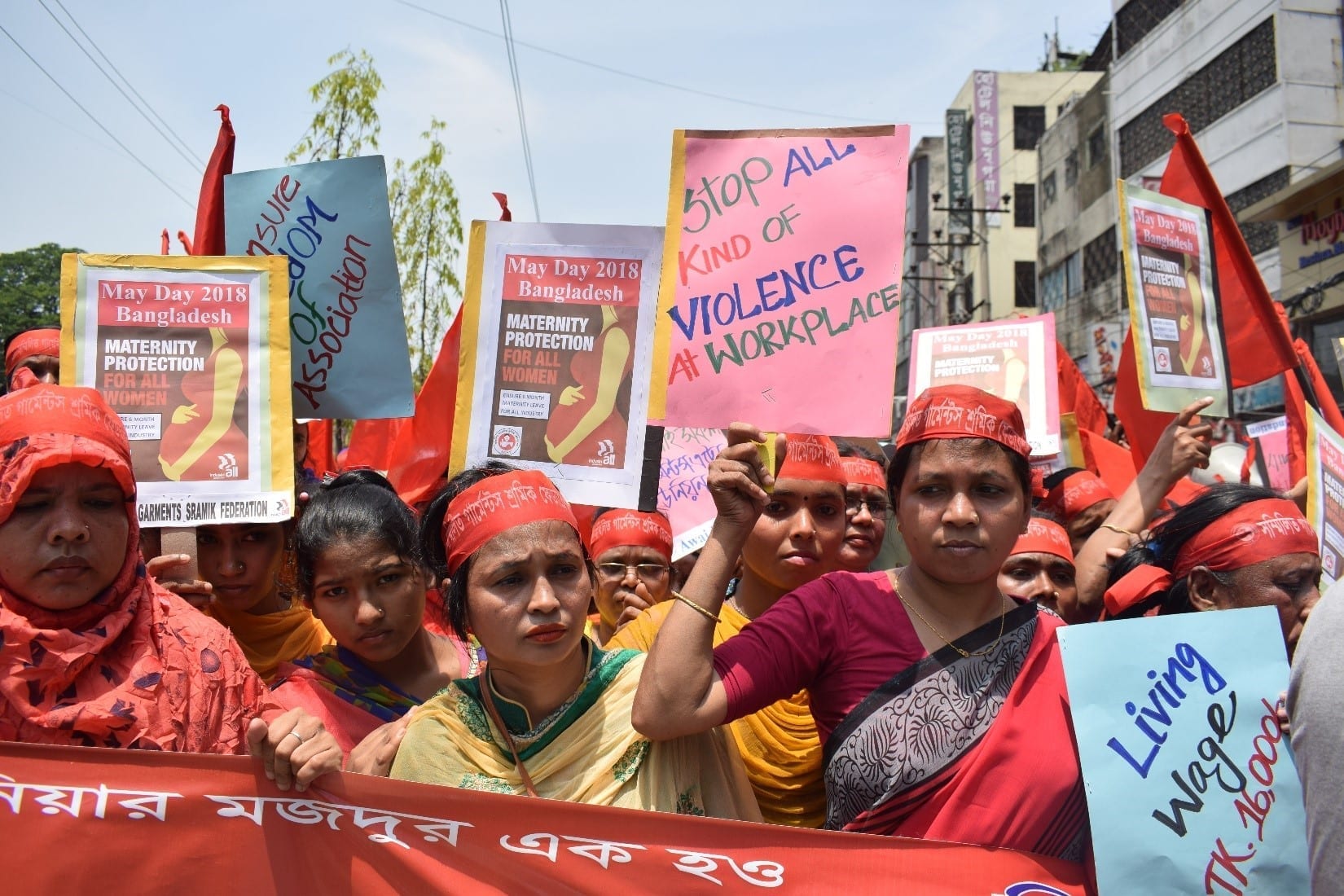 In Bangladesh, garment workers often seek to form unions and worker associations to better protect against wage theft, unfair treatment and lack of health and safety protections, including large-scale safety threats like building collapses. Yet they increasingly are being denied the ability to do so because of an intensifying anti-worker environment in which their efforts to form unions are suppressed. Even when they succeed in forming unions, their attempts to register them with the government often are denied, according to data compiled by the Solidarity Center. 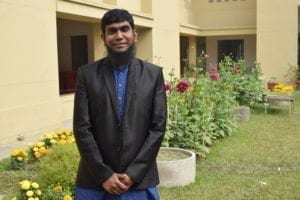 Of the 1,031 union registration applications tracked between 2010 to 2018, the government rejected 46 percent—even though registration is meant to be a simple administrative process. Union leaders say the Registrar of Trade Unions (RTU) imposes burdensome conditions and rejects applications for reasons like  lack of a union members’ ID or other employer-provided documents (which is not required by law), or because the factory ID number does not match with factory records (even though it is up to management to provide correct ID numbers).

Meanwhile, unions are rarely provided an opportunity to rebut the RTU determination.

Golam Azam, an organizer with the Bangladesh Garment and Industrial Workers’ Federation (BGIWF), has firsthand experience with such rejections.

“We have submitted trade union registration forms for Moon Radiance Ltd., with 2,000 workers in that factory, three times since 2018 and have been rejected each time,” he says. “For FGS Denimware Ltd., we have submitted the forms twice but got rejected. We were going to submit it the third time, but management made their own union right before we submitted the form.”

Unions, Workers Targeted for Standing Up for Their Rights

Bangladesh’s ready-made garment (RMG) sector employs nearly 4 million workers and increased its annual revenue from $19 billion to $34 billion between 2012 and 2019—a 79 percent rise. Yet, workers continue to earn the lowest wages in the region, even after a wage increase at the end of 2018 made the legal monthly minimum wage $95—roughly half of the wage needed to make ends meet in Dhaka, the capital, where the cost of living is equivalent to that of Montreal.

Outraged that the new minimum wage did not reflect the amount needed to get by, garment workers protested in December 2018 and January 2019. More than 11,000 union leaders and garment workers were fired following the demonstrations, and blacklists bearing workers’ names and faces hung outside factory gates. Dozens of workers were arrested, and some remained in jail on trumped-up charges for more than a month.

Union supporters experience constant employer harassment and intimidation, including dismissals for union activism, as well as verbal and physical abuse by management.

“Management puts extra workload on the union leaders and in many cases terminates the workers who they think might protest in future,” says Azam. “For instance, in Al Gawsia factory in Ashulia, false cases have been filed against union leaders and members so that they can be terminated and will not get their due benefits. Workers are subject to false cases even when they do nothing against the law, but when the management violates the law, they are not subject to any repercussion.”

‘A Union Has Empowered Me to Demand My Rights’

Following the deaths of more than 1,200 garment workers in the 2012 fire at the Tazreen Fashions factory and the 2013 Rana Plaza building collapse, workers vigorously organized to form unions and negotiate contracts, as the Bangladesh government and RMG employers responded to international pressure to improve safety and wages.

Yet for many workers at the country’s 5,000 garment factories, fire safety and other hazards are still a danger, and employers often arbitrarily fire workers, deny them maternity leave or other legal benefits, and sexually harass women workers or engage in other forms of gender-based violence—making the ability of workers to form unions and worker associations essential.

Mosammat Shorifunnesa, a garment worker and factory union leader, describes how the union made a difference for his co-workers.

“In one instance, five of my workmates were ordered to stay after work and were then fired the same day without prior notice or any payments,” she says. After multiple meetings with management, the factory compensated each worker between $766 and $1,120, as required by Bangladesh Labor Act.

“The trade union is not just an organization, it is a bond between the deprived and the voiceless that enables us to have collective power,” says Shorifunnesa. “It has empowered me to demand my rights and has united my workmates. It gives me the strength to stand by them, and them the courage to stand by me.”