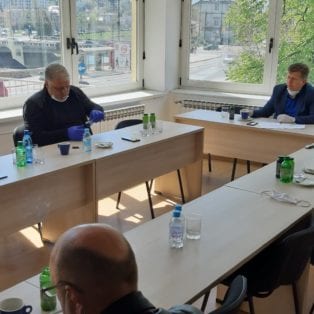 The parliament of the Bosnian Federation entity has proposed a labor law amendment that, if enacted, would give employers the authority in any future state of emergency to enact mass layoffs, slash hours and cut many workers’ pay to the minimum wage.

The labor federation in the entity, SSSBiH, adamantly opposes the proposed amendments because they clearly favor employers at the expense of workers during any future state of emergency.

If the text of the draft law is sent to parliamentary procedure, the labor federation said it would “take all necessary actions” to prevent its adoption.

“In the recent emergency, essential workers, including those in health care, were required to work without sufficient protection for their health. Many became sick on the job, and some died.  Parliament should concentrate on setting standards all employers must meet in any future emergency to protect front-line workers, rather than enabling employers to lay off staff, cut pay and slash hours.” says Solidarity Center Europe/Central Asia Director Rudy Porter.

The federation’s full response to the proposed labor law amendments can be found here.