Burundi Crackdown on Journalists Forces Many into Exile 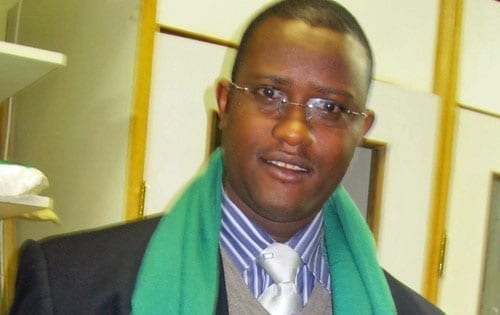 Alexandre Niyungeko did not flee Burundi last April when a source told him the police were planning to kill a few journalists and civil society leaders—as a warning to protesters and critics of the government—and his name was on the list.

And when anonymous callers told him his days were numbered, Niyungeko, president of the Burundi Union of Journalists (BUJ), persisted in Bujumbura, the capital, though he did go into hiding. “It wasn’t the first time someone had tried to intimidate me,” he says, explaining that, as head of the union representing 400 journalists, he often raised complaints about infringements on freedom of the press.

The threats escalated in the days after police shuttered independent radio stations and surrounded the Press House, where union and independent journalist organizations—among them the Burundian broadcasters, women journalists and a media monitoring organization—had offices, and summarily shut it down. “It’s the first time in the history of Burundi that the press was closed by police without explanation,” he says, adding that when he asked authorities who had amassed outside the building to see the order for closure, he was told:  “If you continue to ask questions, you’ll be in trouble.”

Not long after, his neighbors warned him that strangers were asking about him and his routine at home.

“I was being hunted,” he says. “And that day I realized my family could be hunted, too.”

Indeed, his worst fears became reality when someone threw a grenade into his apartment when his wife and children, ages 3, 6 and 8, were home. Fortunately no one was injured. But Niyungeko knew that the only way to protect them all was to leave. In May 2015, he waited until his family had safely entered the airport transit area with tickets to fly out of Bujumbura before he set off on a separate journey. He made the dangerous overland trip, avoiding half a dozen checkpoints along the way, and met them in Rwanda.

More than 230,000 Burundians have fled their country to escape the violent crackdown that has raged since last April, when people took to the streets to protest President Pierre Nkurunziza’s announcement that he would run for a third term. Some 72,000 refugees—among them hundreds of union leaders and their members, including at least 250 teachers—have sought shelter in neighboring Rwanda.

The government’s efforts to intimidate and control the press has forced at least 100 journalists into exile, the Committee to Protect Journalists reports, and many others have been arrested and jailed, says Niyungeko. In addition, two Western journalists were arrested and briefly held last week.

Niyungeko says it is difficult for the journalists’ union to continue activities, with many leaders and members in exile, though they managed to organize a workshop for 30 Journalists in Kigali, 20 exiled and 10 from Bujumbura. Meanwhile, they continue to monitor the situation at home.