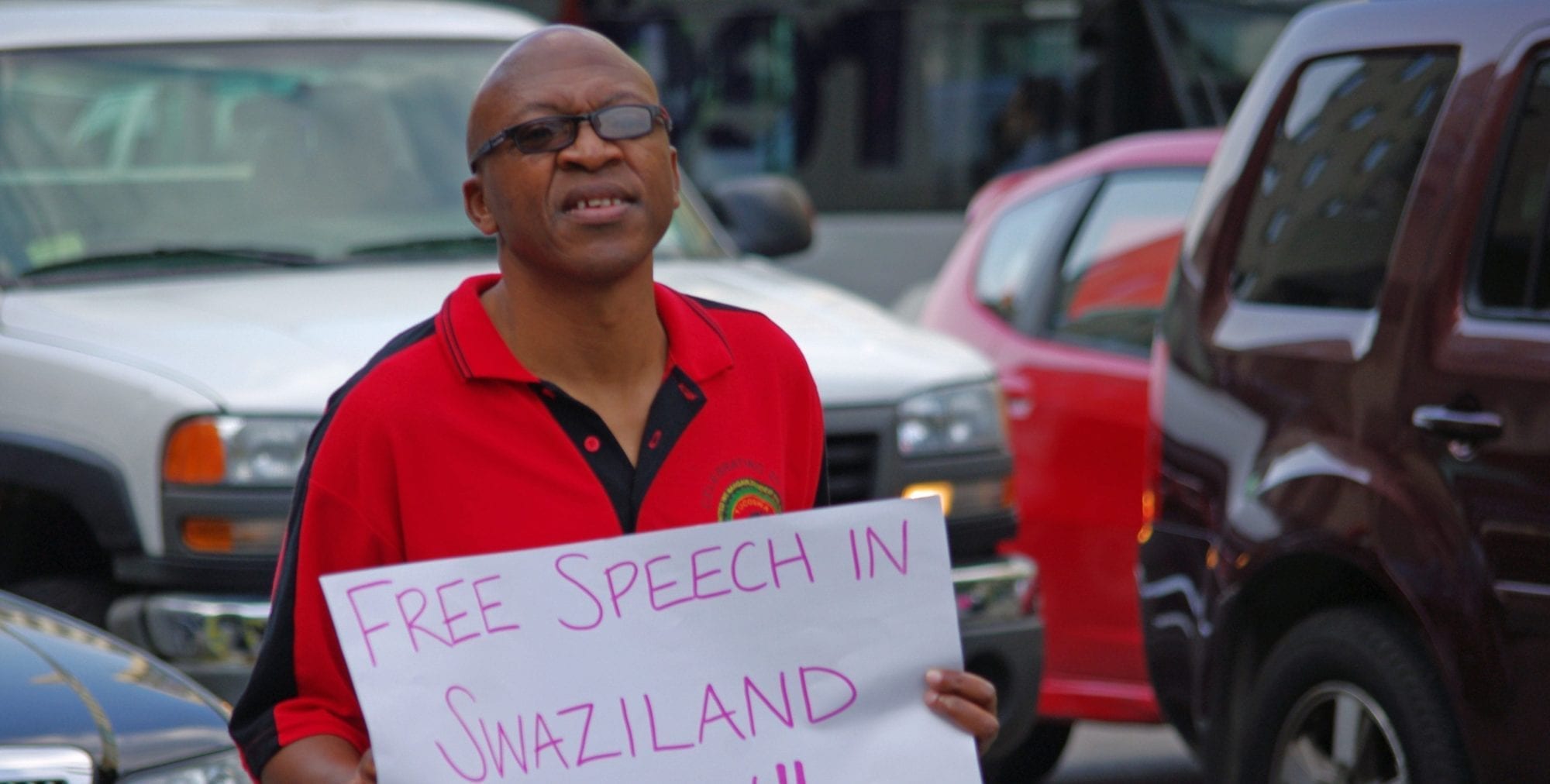 Accusing workers of discussing democracy, Swazi police broke up a national union meeting over the weekend in Manzini, according to Trade Union Congress of Swaziland (TUCOSWA) Secretary-General Vincent Ncongwane.

“The police said they would crush our meeting if we do not remove any discussion on multiparty democracy because according to the police, and their supervisors, that is not a workers’ agenda,” Ncongwane told Radio France Internationale. “And we said we are not going to remove that.”

Ncongwane said more than 100 police were at the site, and they erected roadblocks to prevent TUCOSWA members from entering the building. When union leaders cited the country’s constitution as allowing freedom of assembly, the police “said to us we are not going to be bothered about us quoting sections of the law,” Ncongwane recounted. “They are going to be interested in applying their discretion.”

The police action is the latest move against worker and human rights in Swaziland.  Swaziland authorities continue their nearly three-year refusal to grant legal registration to TUCOSWA, despite the federation making another application in December 2014 under the country’s recently amended Industrial Relations Act. In August 2014, some in the Swazi government falsely accused Ncongwane and human rights lawyer Sipho Gumedze of taking a stand against trade benefits for Swaziland when they were in Washington, D.C., to attend the U.S. Africa Leaders Summit Civil Society Forum.

Earlier in June 2014 the U.S. took the rare step of suspending African Growth and Opportunity Act (AGOA) trade benefits for Swaziland, citing the Swazi government’s systematic violations of fundamental worker rights, including refusal to legally recognize TUCOSWA. Swaziland’s trade unions support AGOA, but maintain that the country must meet benchmarks of the agreement, which include respecting human rights and labor rights.

The 2014 U.S. State Department human rights report cited serious human rights violations in Swaziland, including arbitrary or unlawful killings by the government or its agents; severely restricted freedom of assembly, including violence against protestors; jailing of trade union leaders; the deregistration of TUCOSWA and the banning of strikes.

AGOA had been on the union’s meeting agenda.  Garment workers, 90 percent of whom are women, have been especially hard hit.  Ncongwane noted that the loss of AGOA has cost many jobs, with 2,000 garment workers already laid off. “We think that there’s going to be a flood of workers that are going to lose jobs just because of the loss of AGOA.”

In addition to non-registration of TUCOSWA and AGOA, trade union leaders also had planned to discuss the increasing casualization of labor, in which more and more workers getting hired on three month-contracts that provide no job stability or living wages. Ncongwane said these issues will be on the agenda for the union’s next meeting, March 14, a date that coincides with the TUCOSWA’s creation in 2012.