Coalition of Black Trade Unionists Joined Us to Mark 20! 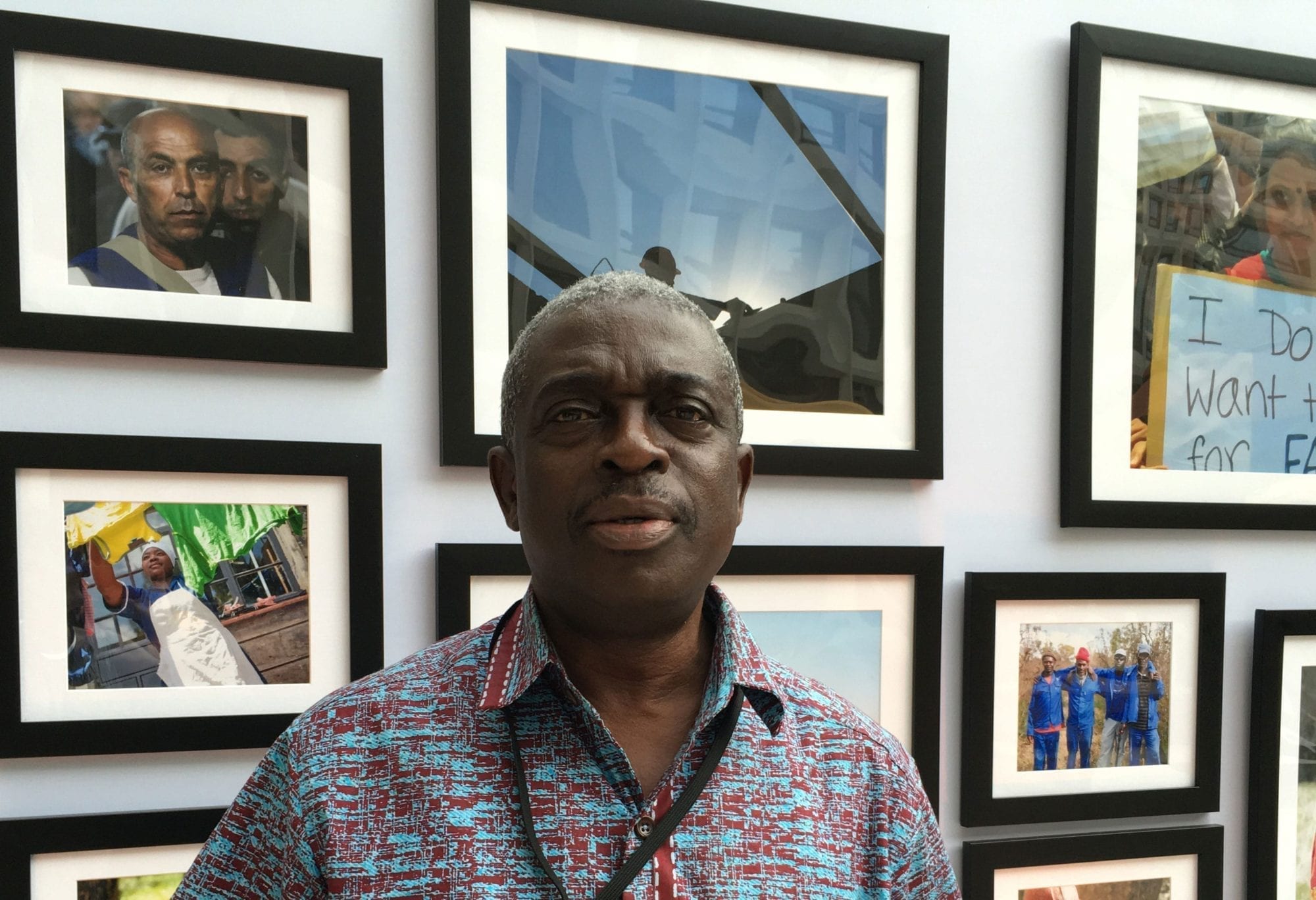 Participants at the 2016 Coalition of Black Trade Unionists (CBTU) convention joined the Solidarity Center to celebrate 20 years of working together at a gathering that also launched the first of a year-long series of events marking the Solidarity Center’s 20th anniversary in 2017. 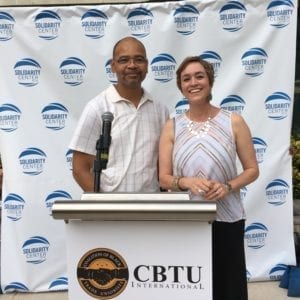 Speaking at the May 27 reception in Washington, D.C., CBTU President Terry Melvin, who serves on the Solidarity Center Board of Directors, said, “The issues affecting workers of color are very similar around the world. I believe there are things we can learn from South Africa, from Europe, that can help us be better trade unionists.”

Opening the event, Solidarity Center Executive Director Shawna Bader-Blau said “We are proud the Solidarity Center has been allied with CBTU in the struggle to achieve worker rights around the globe for the past 20 years.”

In 2014, CBTU met with top African union leaders in high-level meetings organized by the Solidarity Center during the U.S.-Africa Leaders’ Summit in Washington, D.C., and presented recommendations on jobs, gender equality, inclusive economic development and pro-poor investment to African heads of state.

The Solidarity Center and CBTU also have worked in Brazil with INSPIR (the Inter-American Union Institute for Racial Equality) for the past 20 years to help eliminate racism against Afro-descendants in the workplace and throughout society. Afro-descendants comprise more than half the Brazilian population, yet are systematically discriminated against in the labor market. 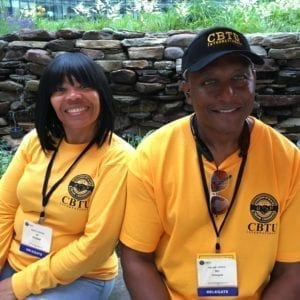 Former CBTU president and AFSCME Secretary-Treasurer Emeritus Bill Lucy, who recently retired from the Solidarity Center Board, told participants that after his first fact-finding trip to Brazil with the AFL-CIO 20 years ago, he saw “directly how racial discrimination played out in many ways similarly to what we were fighting (and continue to fight) together against and organizing to overcome in the US.

“The Solidarity Center office in Brazil since then has been a key supporter and funder of this work, which I was proud of then and continue to be glad to see,” he said.

“The Solidarity Center mission is to strengthen workers’ rights around the globe,” said Jos Williams, who recently retired as leader of the Metro Washington Labor Council, and as Solidarity Center Board member. “They did that knowing that one of the best partners they have is CBTU.” 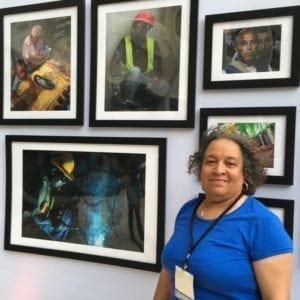 “We are all facing the same struggle”–Lois Carson, a state vice president of the Ohio Association of Public School Employees/AFSCME. Credit: Solidarity Center/Tula Connell

The workshops focused on the struggles African unions and communities are waging against corporate globalization, and on the historic parallels and similar dynamics of racial inequality in the United States and Brazil.

“We are all facing the same struggle,” said Lois Carson, a state vice president of the Ohio Association of Public School Employees/AFSCME, who attended the plenary. “No matter what country, what region, everywhere workers are underpaid, working in bad conditions.”

“The only way we’re going to get something done is to work together and stick together.”

At the event, the Solidarity Center made available for donation more than one dozen framed photos and posters depicting workers we work with around the world. All donations go to help Solidarity Center’s efforts to help empower workers around the globe.