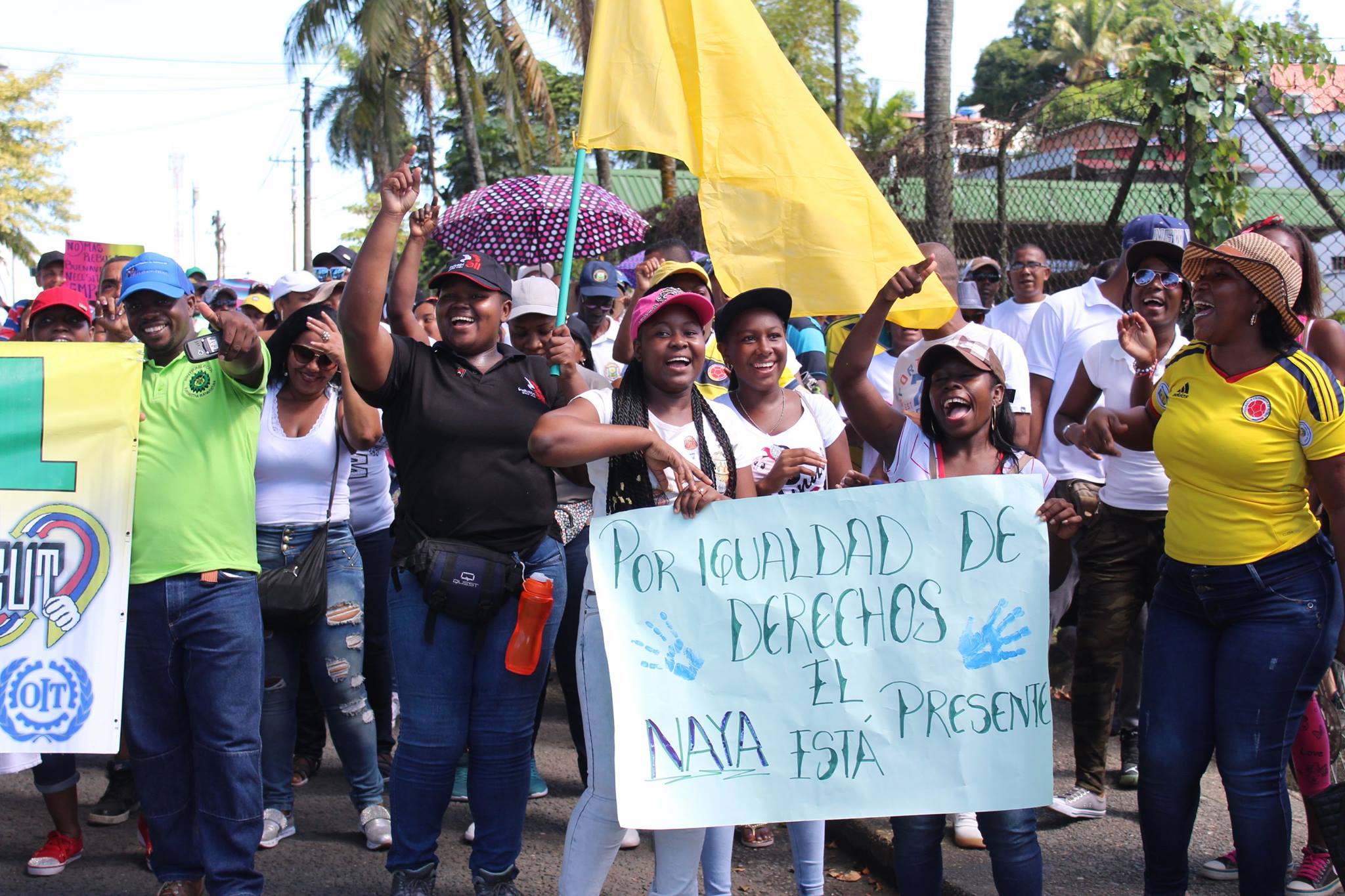 The Colombia Port Workers’ union is calling on the Ministry of Labor to follow up on promises it made during a congressional hearing this week and resume discussions with the union and the Buenaventura Port Society over formalizing 3,500 illegally outsourced workers in Buenaventura, Colombia’s largest port.

Solidarity Center union partners, organized within the Mesa Inter-Sindical coordinating body in Buenaventura, facilitated this week’s meeting in the Senate. The Solidarity Center has helped union partners to establish and build relationships with congressional allies, including Sen. Antonio Navarro, who visited the port in Buenaventura at the invitation of the port workers’ union in February.

The union (Unión Portuaria) is seeking an accord with the Port Society and government that establishes direct, indefinite employment contracts that include family-supporting wages, health care, severance, pension benefits and coverage by the union’s collective bargaining agreement.

Like the port workers, most workers in the city are classified as informal economy workers and excluded from the country’s labor protections, toiling in jobs that lack a minimum wage, workplace safety and other fundamental protections.

Buenaventura accounts for 60 percent of the country’s maritime trade and in 2014, generated $2 billion in tax revenue. Yet the 400,000 residents, more than 90 percent of whom are of African descent, live in grinding poverty. Buenaventura residents lack even the most basic services, including access to clean water, reliable electricity and functioning sewage systems. Health care, housing and the education system are also substandard. The city’s three past mayors are in prison for embezzling public funds.

The port workers’ union, in coalition with 66 civil society organizations in Buenaventura, are also calling on the Colombian government to fulfill promises it made to residents in 2014 regarding access to basic services and decent employment. Residents have waged a civic strike in response to government inaction, bringing commerce and port operations to a halt.

Since May 16, tens of thousands of peaceful protesters have taken to the streets to demand dignity and peace. Over the weekend, police attacked the peaceful protesters, killing at least one demonstrator and injuring dozens more, including children.

Protesters vow to continue the strike until the government meets their demands, including: