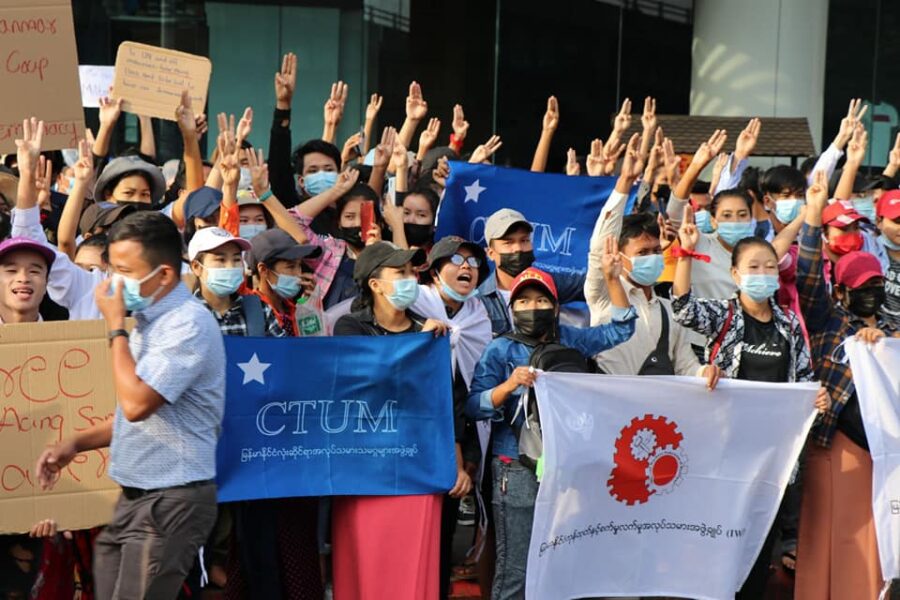 Workers’ freedom to organize and bargain collectively is a cornerstone of democracy. Independent worker organizations enhance transparency by protecting whistleblowers and empowering workers to counter corruption; providing workers a voice in the political system, as well as at the workplace; countering the economic and political power of large corporations; and fostering civic engagement. However, workers’ fundamental human rights to freedom of association and collective bargaining are coming under threat globally, including by authoritarian governments.

U.S. Secretary of Labor Martin J. Walsh and AFL-CIO President Liz Shuler, together with representatives of the International Trade Union Confederation, U.S. Agency for International Development, U.S. Department of State and the Solidarity Center invite you to this official Summit for Democracy side event, which will: highlight the role of worker voice and worker rights as fundamental components of democracy; elevate the recommendations made during four listening sessions with labor unions from Asia, Africa, the Americas and Europe; and spur global action in support of freedom of association and collective bargaining, including through the launch of the Multilateral Partnership for Organizing, Worker Empowerment and Rights (M-POWER) Initiative.

Democracy Under Threat: The Voice of Workers
o    Sharan Burrow, General Secretary of the ITUC
o    Trade union leaders from the Africa, the Americas, Asia and Europe

High-Level Event Goal
An official Summit of Democracy side event to raise the visibility of worker rights as fundamental components of democracy, and elevate the recommendations made during the listening sessions with trade unions from Asia, Africa, the Americas and Europe to address the challenges facing unions and workers around the world.