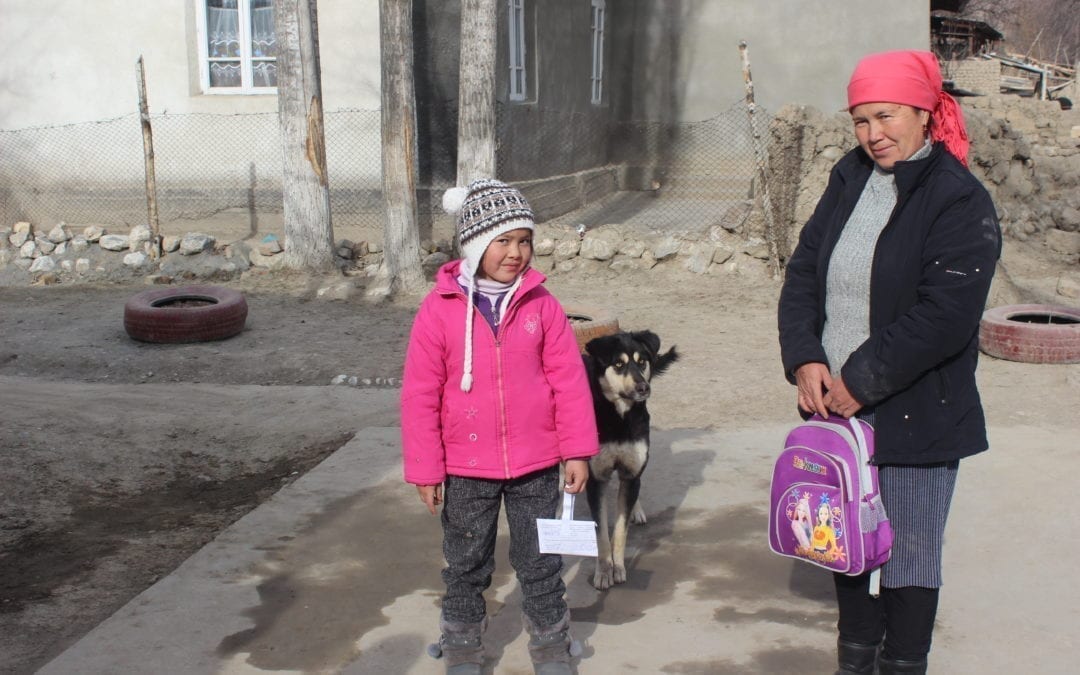 In 2011, Anziret Urazbaeva saw her family in Kyrgyzstan separated as her husband, Gulamali Urazbaev, was forced to migrate to Russia for work. With no jobs available in Kyrgyzstan and the family struggling to secure food and other basics, Urazbaev, 46, a primary school teacher, left Anziret, his two sons and a daughter, and found a job at a construction company in Khimki, northwest of Moscow.

Working first as a painter and later laying mosaic tiles, Gulamali was punished by his employers, who reduced his wages because he lacked experience. Like most migrant workers, he sent most of his earnings home.

In 2014, Urazbaev lost his job in Khimki and was invited by friends to work in Sakhalin to pack frozen fish at a factory. His son, 18, joined him, to help the family. But Urazbaev’s wages again were cut, this time by an employer who cited the nation’s economic crisis as justification.

Back in Kyrgyzstan, Anziret, 44, tended cattle and a small plot of land—until she saw an opportunity to achieve a measure of economic independence. By taking part in a seminar organized by the Solidarity Center in cooperation with the Garment Workers’ Union, which represents rural women artisans, Anziret learned how to create hand-made products like scarves from the wool of her sheep and goats.

As she sells her goods, she hopes to launch an income-generating business and ultimately not rely solely upon the remittances from her husband and son to feed her family.