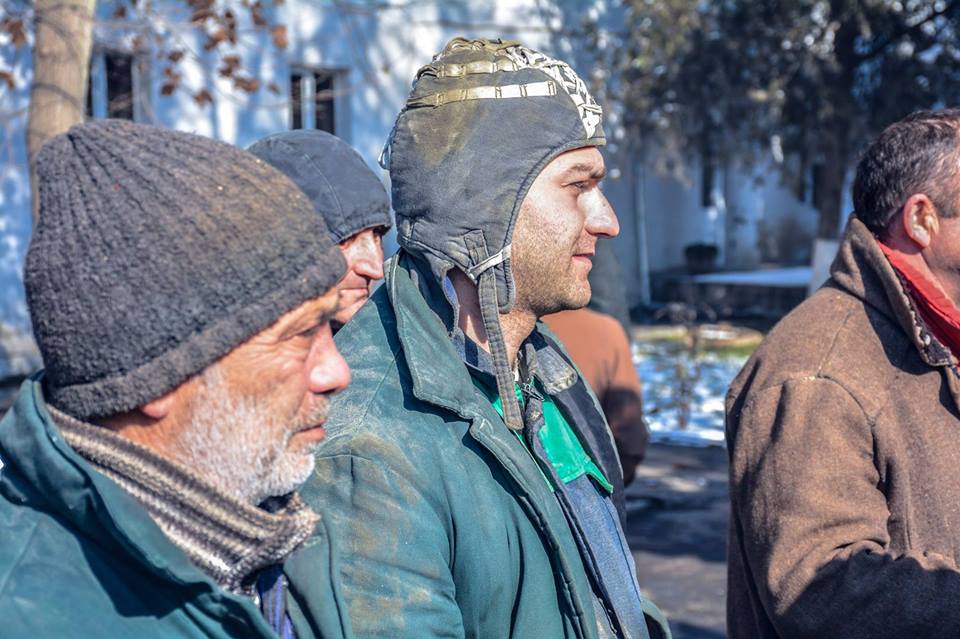 Some 350 workers at the Georgia chemical company Rustavi Azot recently were dismissed without notice or compensation and nearly 2,000 more threatened with firing unless they accept new, short-term contracts. The actions by the company, which produces mineral fertilizers, ammonia, sodium cyanide and nitric acid, generated protests in Rustavi and Tbilisi, garnered international support and prompted local media speculation about potentially questionable business dealings by the company’s former owner, Bank of Georgia.

The workers did not receive notice or access to union representation before being fired in January. Instead, they learned they had been dismissed when their passes failed to grant them access to the plant. Workers protesting their dismissals on February 2 suffered broken ribs and other injuries after they were violently removed from the company building by police.

Workers still employed at the plant say they were confronted with new contracts and threatened by their employer with firing if they refused to sign, and denied union representation and legal consultation. They say their future with the company is now uncertain.

Solidarity Center partner Georgian Trade Union Confederation (GTUC) is leading a legal challenge on behalf of dismissed workers, asserting that the firings violate Georgia’s labor code and the employer’s collective bargaining agreement with the Trade Union of Metallurgy, Mining and Chemical Industry Workers of Georgia (TUMMCIWG), a GTUC affiliate. With Solidarity Center assistance, the GTUC is preparing lawsuits against the company, demanding reinstatement or the compensation to which workers are entitled.

Workers from multiple unions, including representatives from IndustriAll affiliates in Armenia, Belarus and Kyrgyzstan joined members of TUMMCIWG and the GTUC for a global solidarity rally this week in Rustavi, presenting to fired workers letters of support from trade unions in Moldova, Russia and Ukraine.

Some Georgia media outlets are questioning how Rustavi Azot changed hands last September through a secretive auction shortly after receiving a $155 million loan from the European Bank for Reconstruction and Development (EBRD).

Rustavi Azot, located 14 miles south from Tbilisi, generated 84 percent of its sales last year from exports, including to some European Union countries.