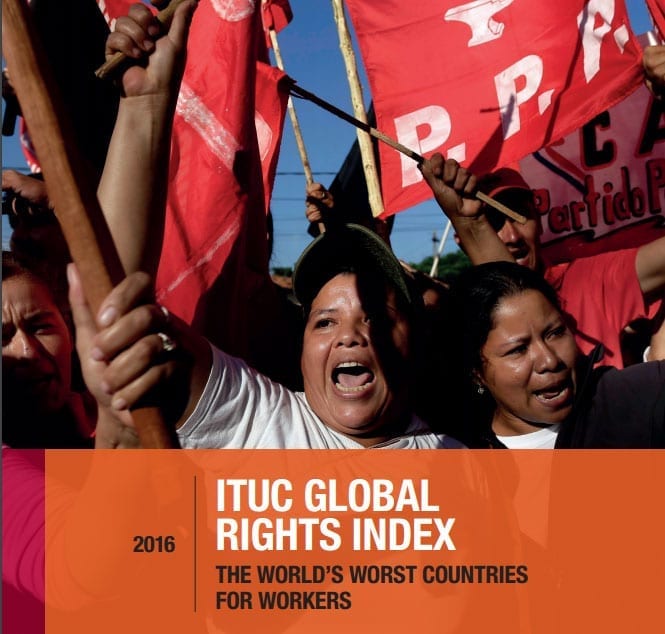 Workers’ rights were weakened in most regions over the past year, according to the 2016  International Trade Union Confederation (ITUC) Global Rights Index.

Repression of worker rights was compounded by restrictions on freedom of speech and assembly, including severe crackdowns in some countries, which increased by 22 percent, with 50 out of 141 countries surveyed recording restrictions.

The ITUC Global Rights Index ranks 141 countries against 97 internationally recognized indicators to assess where workers’ rights are best protected, in law and in practice.

“Repression of workers’ rights goes hand in hand with increased government control over freedom of expression, assembly and other fundamental civil liberties, with too many governments seeking to consolidate their own power and frequently doing the bidding of big business, which often sees fundamental rights as incompatible with its quest for profit at any expense.”