Got a T-Shirt? Chances Are Child Labor Was Involved 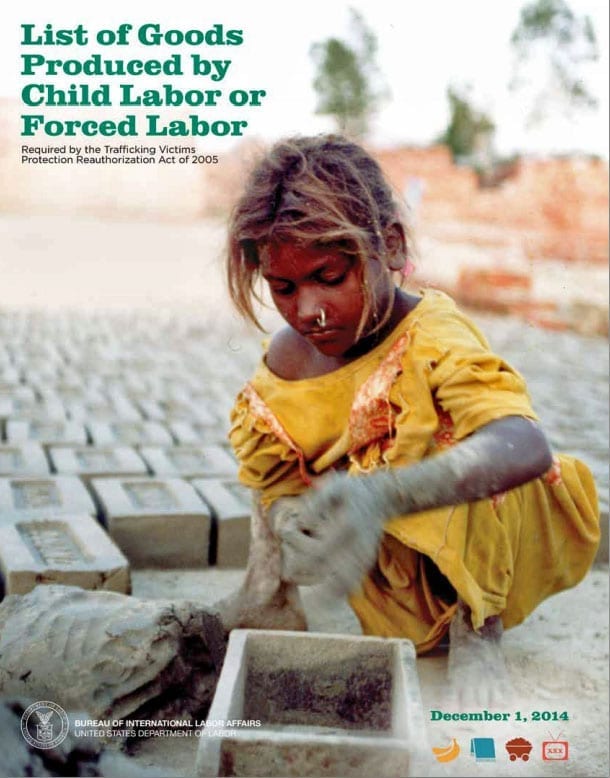 Cotton production involves the most child labor and forced labor in the world, according to the 2014 “List of Goods Produced by Child Labor or Forced Labor” by the U.S. Labor Department’s Bureau of International Labor Affairs.

Overall, 126 goods are produced annually by child labor and 55 goods produced through forced labor. Most of the goods, like cotton, are found in common items like T-shirts or are among popular foods, such as melons and rice.

The sixth annual report, released this week, added 11 goods produced with children’s labor: garments from Bangladesh; cotton and sugarcane from India; vanilla from Madagascar; fish from Kenya and Yemen; alcoholic beverages, meat, textiles and timber from Cambodia; and palm oil from Malaysia. Electronics from Malaysia made the list for being produced with forced labor.

Uzbekistan, listed among countries using forced labor, including children, for cotton production, routinely requires teachers to leave classrooms and work in the country’s annual cotton harvest, according to a report the Uzbek-German Forum issued last month.