How Much Progress for Women in Past 20 Years? 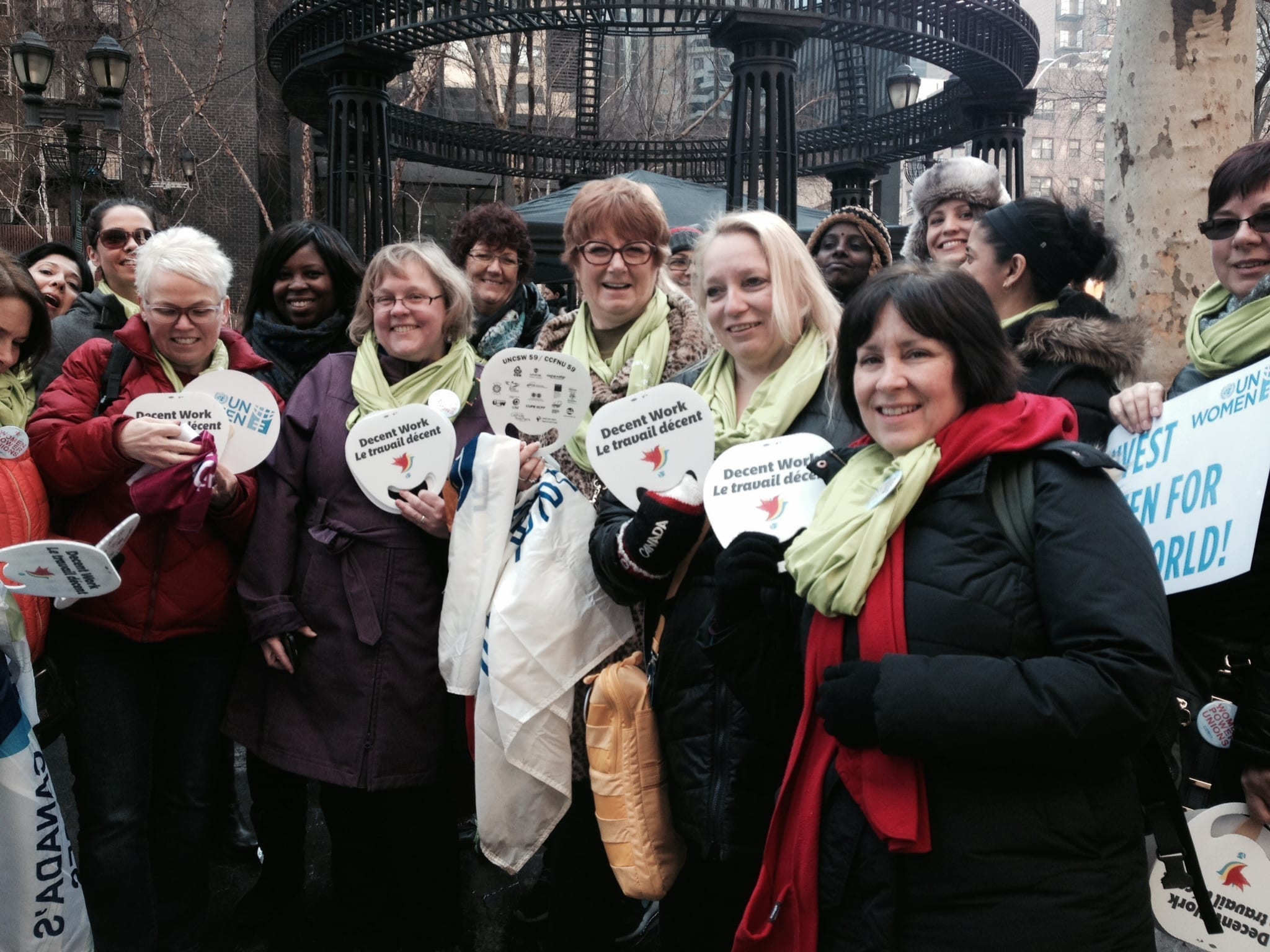 As more than 8,500 union members and other civil society activists gather at the United Nations in New York for the Commission on the Status of Women meeting, new research shows women have made some gains in the two decades since the landmark global meeting on women in Beijing but continue to suffer from economic insecurity and widespread discrimination and inequality in the workplace.

Fewer women are in the workforce today, according to a report by the International Labor Organization (ILO). In 1995, 52 percent of women and 80 percent of men were in the workforce, the ILO report finds. Today the participation rate for women is 50 percent, compared to 77 percent for men, reflecting in part the effects of the global recession.

Further, ILO research shows that women continue to be overrepresented in low-wage jobs that offer little security and few, if any, benefits. Women are paid 77 cents for every dollar a man makes—a rate that means women will not achieve pay equity with men before 2086. Women also work many hours without pay, a point made by an interactive, online report produced by the Bill & Melinda Gates Foundation, Clinton Foundation and Economist Intelligence Unit.

Unions are sponsoring several workshops and events during the CSW meetings, including a March 11 panel discussion, “Women’s Economic Empowerment and Labor Rights: Beijing +20 and Beyond.” Sponsored in part by the Solidarity Center, the panel will discuss how working women are fighting for fair wages and working conditions, equal job opportunities, freedom from sexual harassment and other forms of gender-based violence. Panelists include AFL-CIO International Department Director Cathy Feingold, Bangladesh garment worker activist Kalpona Akter and Elizabeth Tang, general secretary of the International Domestic Workers Federation (IDWF).

This year’s CSW meeting marks 20 years since the fourth women’s world conference in Beijing, when 189 governments identified and signed an agreement to improve 12 areas key to empowering women, including “the persistent and increasing burden of poverty on women.” During the next two weeks, CSW participants will review progress made in implementing the Beijing recommendations. Some 164 countries conducted national reviews of the status of women, and the CSW will review these reports, along with contributions from civil society.

“Governments acknowledge that women’s labor sustains families and nations,” says Lisa McGowan, Solidarity Center senior specialist for gender equality. “It is time that governments step up and devote the full political commitment and resources needed to sustain women, and ensure their labor and human rights.”

Established in 1946, the CSW is the principal global intergovernmental body exclusively dedicated to the promotion of gender equality and the empowerment of women

The UN yesterday approved a political declaration on the status of women and girls. Union activists and women’s and human rights groups say that the negotiations leading up to the adoption of the Political Declaration at UNCSW59 were held in advance, and consultation with civil society was kept to a minimum. As a result, the content of the declaration is not as strong and forward-looking as it could have been.

The change in process has been denounced by more than 1,000 organizations, including Public Services International (PSI), Education International (EI), the International Trade Union Confederation (ITUC) and the Canadian Labour Congress. Historically, the CSW has adopted declarations or “agreed conclusions” after a two-week session that includes robust civil society participation.

Other trade union events during the CSW include a discussion on organizing migrant women and decent work for domestic workers, and an event on “Women and Sustainable Economy from a Human Rights Perspective.” More events here.