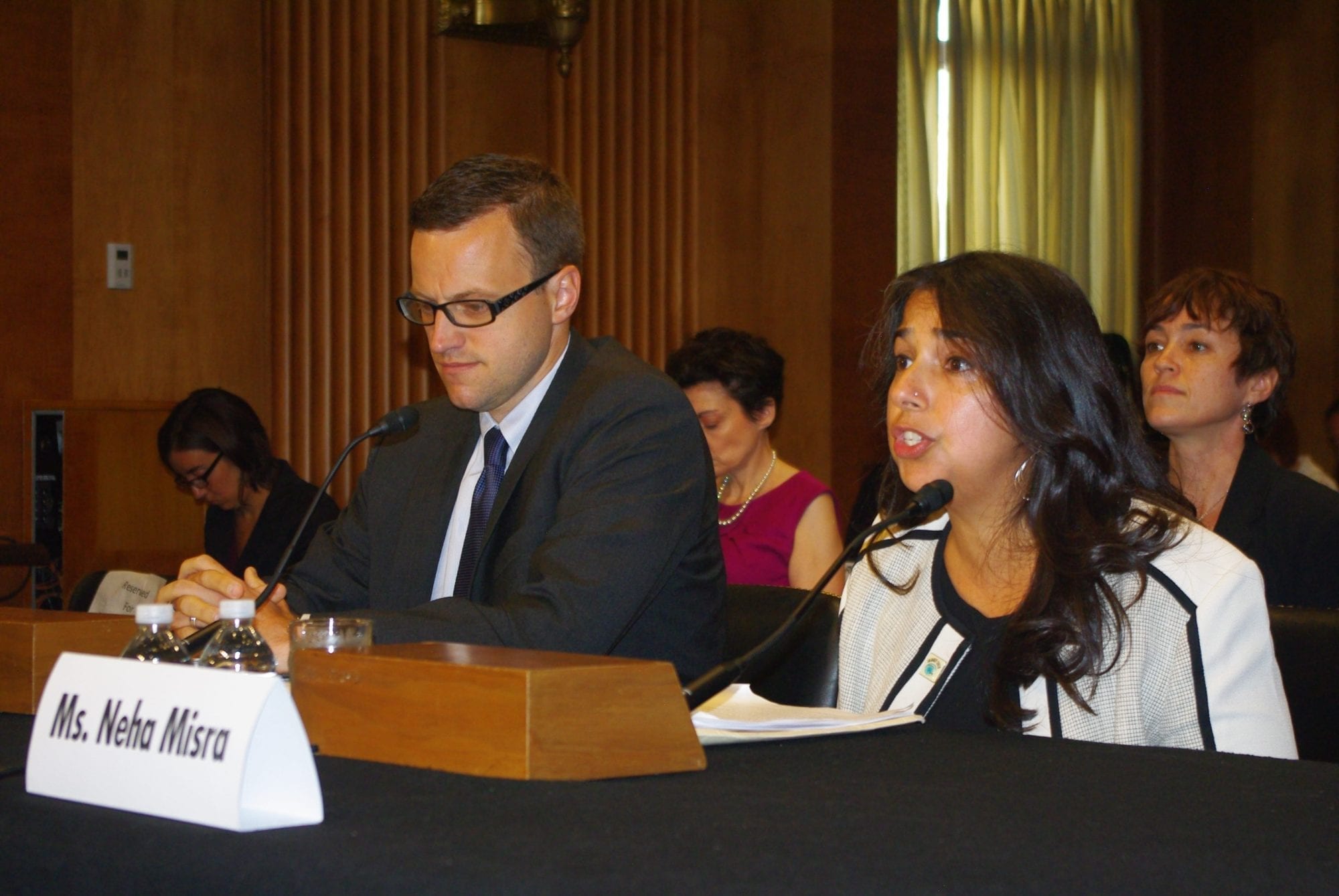 The other two elements involve a lack of investigations, prosecutions and convictions for forced labor (linked to corruption and government complicity) and a lack of economic pressure by governments and businesses to eliminate the scourge.

Misra was one of four experts testifying on human trafficking and forced labor before the Senate Subcommittee on East Asian and Pacific Affairs. State Department Ambassador Scot Marciel, principal deputy assistant secretary for East Asian And Pacific Affairs at the State Department; Luis CdeBaca, Ambassador-at-Large for the Office to Monitor and Combat Trafficking in Persons; and Jesse Eaves, World Vision senior policy advisor for child protection, also spoke at the hearing, “Combating Forced Labor and Modern-Day Slavery in East Asia and the Pacific.”

The Asia-Pacific region has the greatest number of forced laborers in the world, accounting for more than 50 percent of all forced labor victims. Globally, forced labor generates $51 billion per year in illegal profits, according to the International Labor Organization (ILO).Thailand and Malaysia were among countries cited last month by the U.S. State Department as failing to comply with the minimum standards to address human trafficking over the past year. The two countries were downgraded from the department’s “Tier 2 Watch List” to “Tier 3.” Such a downgrade makes the countries liable to sanctions, which could include the withholding or withdrawal of U.S. non-humanitarian and non-trade-related assistance.

“Labor recruitment fees lead to forced labor and should be eliminated,” Misra said.

Misra also said that multinational corporations have not done enough to prove to consumers that their supply chains are not tainted with forced labor. Multinational corporations need to exert their significant power as buyers to hold suppliers accountable to supply chains free of forced labor. Companies argue that it is too difficult or expensive to completely map their supply chains. If nongovernmental organizations (NGOs) and the media can do it, however, companies can too.“Two of the export sectors with the highest numbers of forced laborers in the region are the seafood and ready-made garment industries, she added.