‘I Want Women to Take Leadership Roles in Their Unions’ 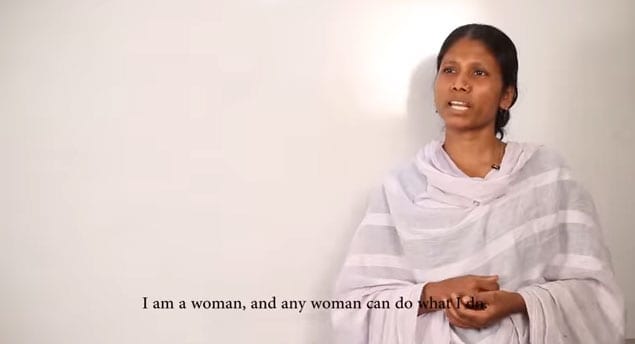 Anju Begum, a garment worker and factory-level union leader in Bangladesh, describes how she became empowered through her union—and how she seeks to help other workers, especially women, advance their rights at work.

“I want everyone, here and abroad, all workers, especially women, to know their rights and bring them to the forefront.”

Union support goes beyond the workplace, as Anju explains in this video. When Anju was abused by her husband, her union stepped in to assist her. Gender-based violence is one of the most widespread human rights violations in the world and extends to the workplace, where gender-based violence often typifies unequal economic and social power relations between women and men.

The Solidarity Center is among many unions and other civil society organizations worldwide calling for the International Labor Organization to establish a standard covering gender-based violence at the workplace, an action that moved forward last fall when the ILO announced that a debate on the topic will be on its 2018 agenda.

Now president of a factory-level union affiliated with the Bangladesh Garment and Industrial Workers’ Federation (BGIWF), Anju says in factories where there is no union, “I want women workers like me to take a leadership role and try to become president of the union.”

Chumtoli Huq, created this video for unions to use in their meetings as part of a Law@theMargins documentary project and urges organizations and individuals to share it on Facebook. To help with the project, you can contribute to the project’s Gofund me campaign: https://www.gofundme.com/mzjx0w