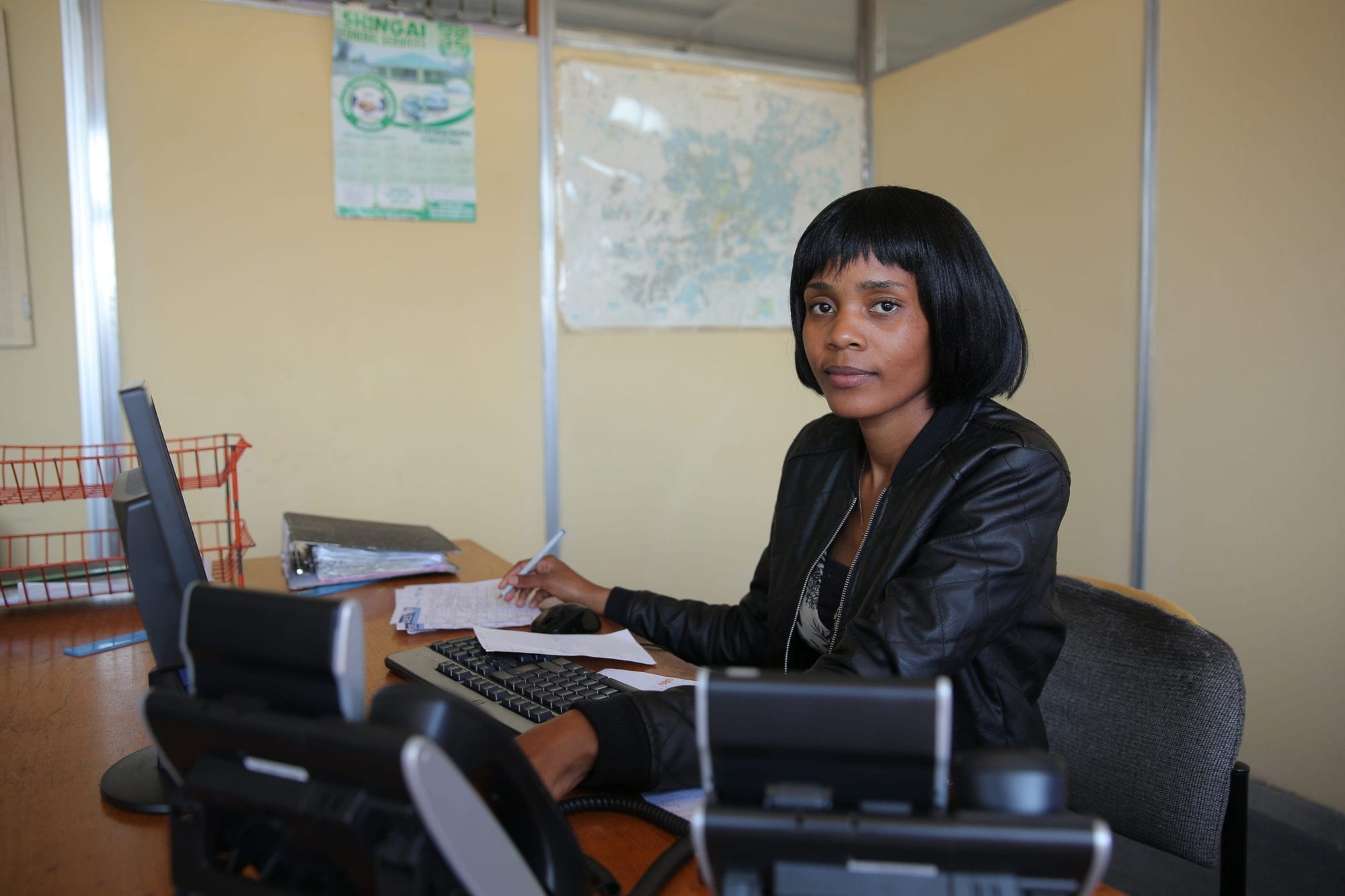 Farai Mhloko, the first floor receptionist at Phillips, now Destiny Electronics, a principle distributor of Phillips Electronics and Telecommunications products in Zimbabwe at the Phillips Facility in Harare on July 16, 2015. 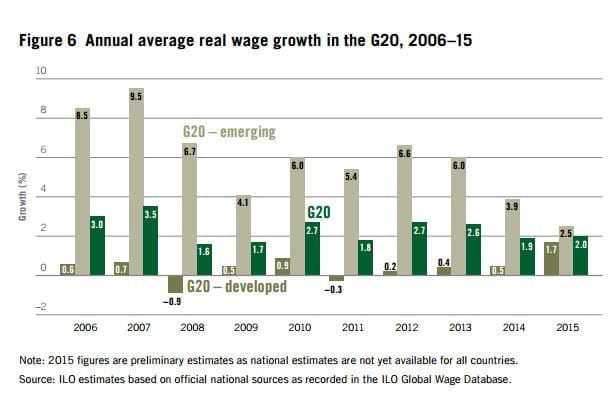 Wages have stagnated primarily in developing and emerging economies, especially in Latin America and Eastern Europe, according to the Global Wage Report 2016/17.

Among developing countries—including China, India, Brazil, Nigeria and many other rapidly growing economies—real wage growth in 2012 was around 6.6 percent, but by 2015 it had fallen to just 2.5 percent. Growth in developing countries had fueled economic recovery after the 2008 recession.

Meanwhile, wages in developed countries rose between 2012 and 2015—from 0.2 percent in the wake of the financial crisis, to a 10-year high of 1.7 percent. This uptick does not compensate for slowing wage growth in developing countries, yielding a net decrease worldwide.

To create sustainable wage growth, the ILO calls on countries to enact policy reforms that will benefit working people, such as raising minimum wages and increasing workers’ access to collective bargaining, particularly in global supply chains. The ILO also calls for coordination at the global level to boost wages, reduce inequality and protect working people’s right to freedom of association.

In the majority of countries, “wage growth in recent decades has lagged behind the growth of labor productivity,” according to the report. This means that even as major economic sectors like agriculture and construction have become more prosperous, workers are getting a smaller and smaller share of that prosperity.

The ILO attributes this divide to the weakening of labor market institutions and pressure from financial markets to direct company profits toward investors rather than workers. As a result, the ILO report says stagnating wages in developing countries are part of a slow but steady decline in working people’s share of wealth in the global economy.

Women have been especially hard hit, earning between 10 percent and 40 percent less than men in hourly wages in many countries. In Azerbaijan and Benin, the gender gap was the highest at nearly 45 percent. Many women work in low-paid, precarious jobs and although they contribute 66 percent of the world’s work, they earn 10 percent of income.