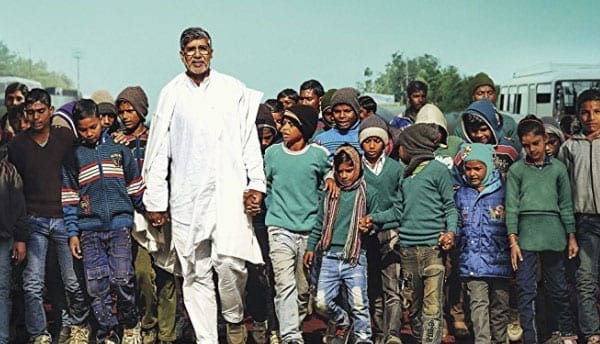 “I have one single mission: Every child should be free to be a child.” 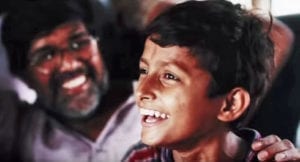 Tens of thousands of children in child labor have been rescued through organizations founded by Nobel winner Kailash Satyarthi. Courtesy: “Kailash”

“We were led by young people, many of whom were child laborers,” said Anjali Kochar, executive director of the Kailash Satyarthi Children’s Foundation. Kochar spoke at the U.S. Department of Labor, one of several locations in Washington, D.C., where the documentary was screened to commemorate 2018 World Day Against Child Labor on Tuesday.

“They demanded their right to childhood,” said Kochar, recalling the march. “They called for the elimination of child labor and for meaningful, quality education. It was truly electrifying.”

Satyarthi began rescuing child laborers in the 1980s. His first rescue attempt was unsuccessful because he was outgunned by human traffickers. Satyarthi then brought to court photos of the atrocities he saw when trying to rescue the children, and a judge then ordered they all be freed.

The more children rescued, the bigger the mission became until more than 200 activists, lawyers and social workers joined Satyarthi in the 1980s to form the BBA, an India-based organization that has rescued more than 80,000 child laborers. Mukti Ashram, the Delhi branch of BBA, provides shelter and education for liberated children.

Satyarthi looked at the successes of Mahatma Gandhi, Nelson Mandela, and Martin Luther King Jr. and decided that a “global march” was best for bringing attention to a global problem. The increased demand for cheap products was leading to an increased demand in cheap labor, making abuse and wage theft common in supply chains, especially for women and children. Since The Global March Against Child Labor formed in 1998, the International Labor Organization (ILO) passed Convention 182 on elimination of the worst forms of child labor, child labor in homes was banned in India in 2006 and the South Asian March Against Child Trafficking took place in 2007, where 1 million people marched 3,000 miles to end forced labor.

Although the efforts of Satyarthi, who won the Nobel Prize in 2014 for his efforts, and other global advocates decreased the number of child laborers from 260 million to 152 million in 20 years, there is still more work to be done. Of the 152 million child laborers, 73 million work in hazardous conditions. These children are between the ages of 5 and 17, spending their days in factories and fields instead of in school.

The film reveals the complexity of child labor, illustrating how poverty and education often underly child labor. Parents who are paid very little or are unemployed may need their children to work so their families can survive. Because of the lack of resources, impoverished parents are often uneducated and their children fall prey to traffickers promising work opportunities. The children are taken from their families and forced to work for months or years, escaping with burns and broken bones. This was the case for Sanjeet, who appeared in the film and was rescued by BBA. This young boy was found with dents in his face from hot powder blown by fans in a factory. He had not been allowed to go home in a year.

Acknowledging prior accomplishments as well as the work ahead, Satyarthi created the 100 Million Campaign in 2016, which seeks to mobilize 100 million young people to fight for 100 million child laborers. This program will not only benefit the children still suffering under forced labor but will provide a legacy so that future generations can continue to tackle this issue.

“We all have to work to globalize compassion,” says Satyarthi when discussing how movements make change. “Every child has the right to bread, education, love and play.”