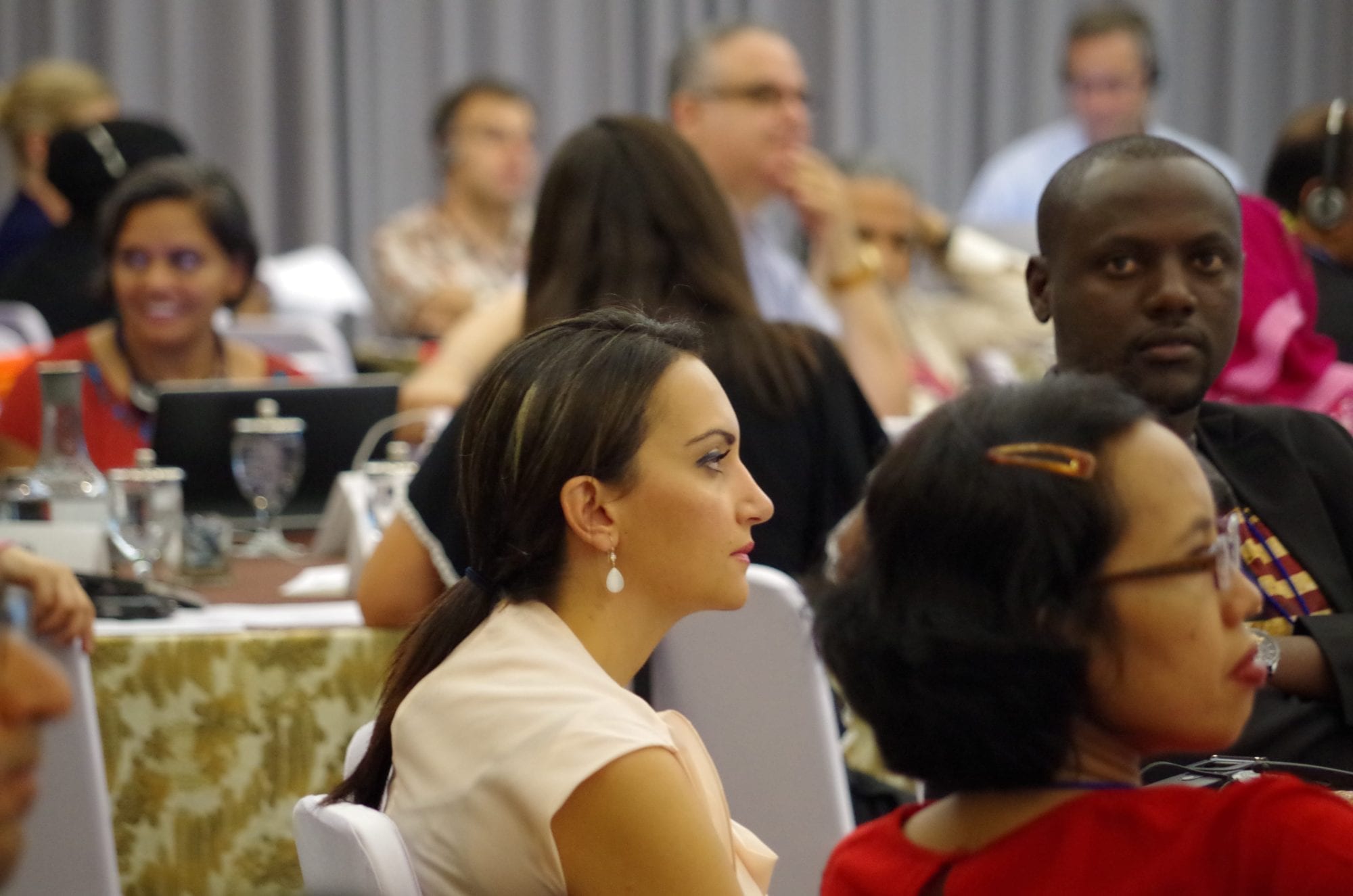 With 247 million migrants around the world, the vast majority of whom are migrating for labor, “migration is the defining issue of our time,” says Sabina Dewan, president and executive director of JustJobs Network.

“We need to talk about just jobs…so workers who want to migrate, migrate because of choice, not compulsion,” says Dewan, who opened the second morning session of Labor Migration: Who Benefits? A Solidarity Center Conference on Worker Rights & ​Shared Prosperity this morning in Bogor, Indonesia. 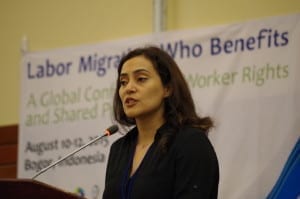 “We need to talk about just jobs…so workers who want to migrate, migrate because of choice, not compulsion,” –Sabina Dewan, president and executive director of JustJobs Network. Credit: Solidarity Center/Kate Conradt

Dewan pointed out that migrant workers will send $500 billion to developing countries this year, which is more than three times the official development assistance these countries will receive, and half of the funding they receive in direct foreign investment.

“This is what is driving governments to think about migration as a development strategy,” she says. But governments are confusing migration remittances for poverty reduction with development.

“Legal migration is to benefit all—the country of destination, the country of origin and the migrants themselves,” says Nicola Piper, speaking with Dewan on the plenary panel, “Toward a Shared Prosperity Agenda.” 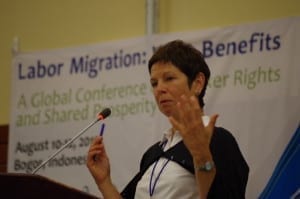 “More resources are being poured into border control rather than labor inspection”–Nicola Piper, professor at the University of Sydney in Australia. Credit: Solidarity Center/Kate Conradt

“Far more (state) resources are being poured into border control rather than labor inspection,” says Piper, who is a professor at the University of Sydney and the vice president of Global Migration Policy Associations in Australia. While paying lip service to human rights, states are focusing on controlling migration and extracting money from the migration process.