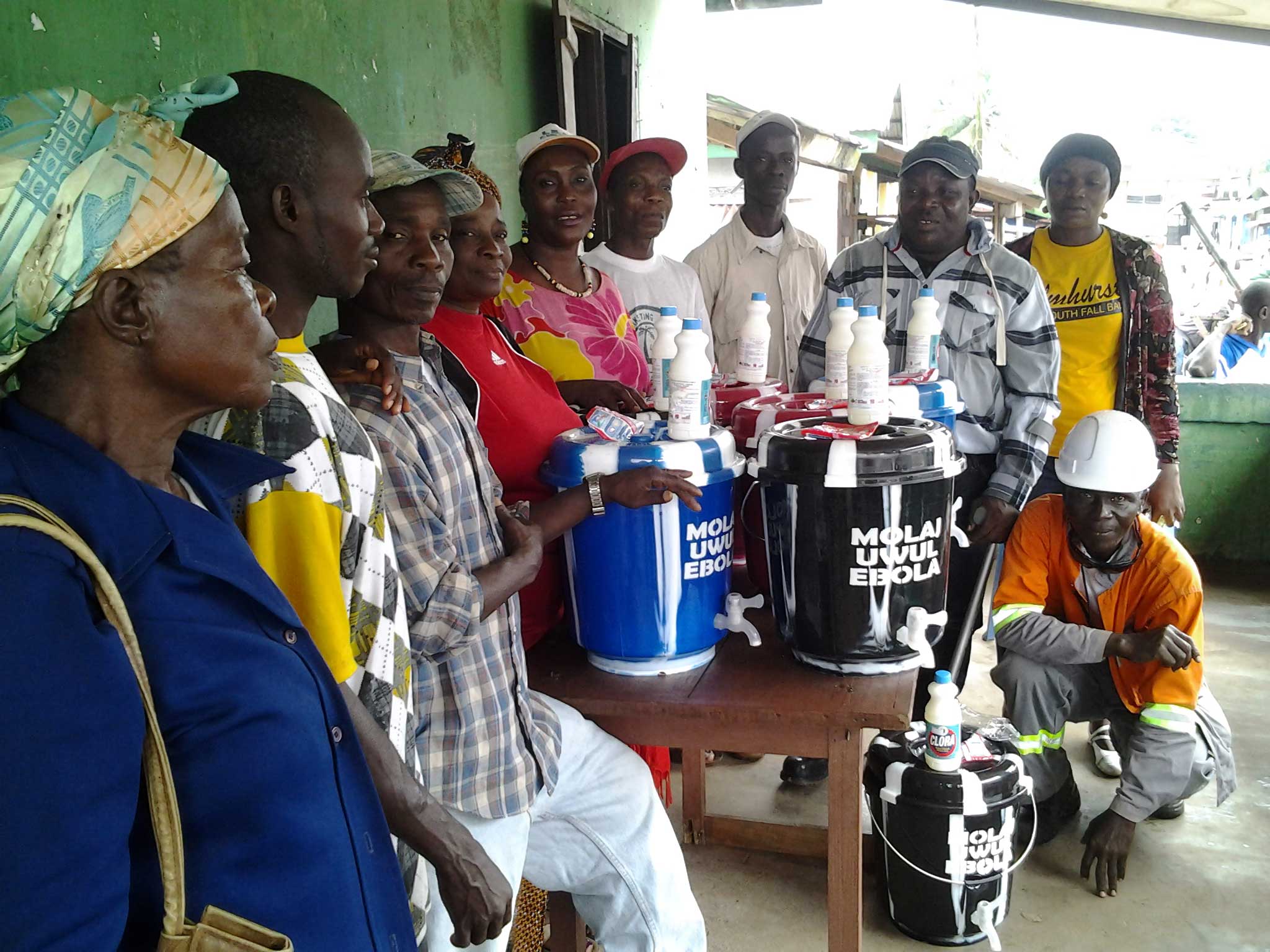 Union members are distributing buckets of chlorine to workers around Liberia.

In Liberia, no new cases of Ebola have been reported in the past week and the overall death toll, while horrific at nearly 4,200, is far less than some health experts predicted last year—a result based in part on the coordinated efforts of the Liberian trade union movement.

Since September, Liberian union volunteers have provided Ebola awareness and preventative education to 75,843 workers and their families. In addition, volunteers have supplied 25,175 hand-washing buckets and soap to 48 workplaces and 63 communities in 13 counties, according to the Liberia Labor Congress.

The Congress also provided food to family members of Ebola victims who were quarantined, and donated 500 gallons of fuel to national and community radio stations, enabling them to step up Ebola education and awareness broadcasts for residents in remote areas inaccessible to volunteers.

“The fight against Ebola by the Liberian labor movement was crucial, as it was the first and only Ebola awareness program that directly reached and impacted on the lives of workers and their families, including community members,” says Liberia Labor Congress Secretary General David Sackoh.

Last August, President Ellen Johnson-Sirleaf appointed the Liberia Labor Congress as a member of the National Taskforce on Ebola, and shortly after, the Congress launched the Ebola Awareness Education and Preventive Measures at the Workplace and the Community Campaign.

The Congress, together with the nongovernmental organization, the Movement for Labor Rights and Justice, mapped targeted workplaces and communities where Ebola cases had been registered by the government and international organizations. The Congress and its unions then selected 75 volunteers from among local union leaders, shop stewards and shop-floor members to carry out the project.

The volunteers then took part in a week-long training at UWUL, and each was tasked to reach at least 200 people in eight communities, providing them with Ebola awareness and prevention education and hand-washing supplies.