Migrant Farm Workers: Courage in the Face of Inhumanity 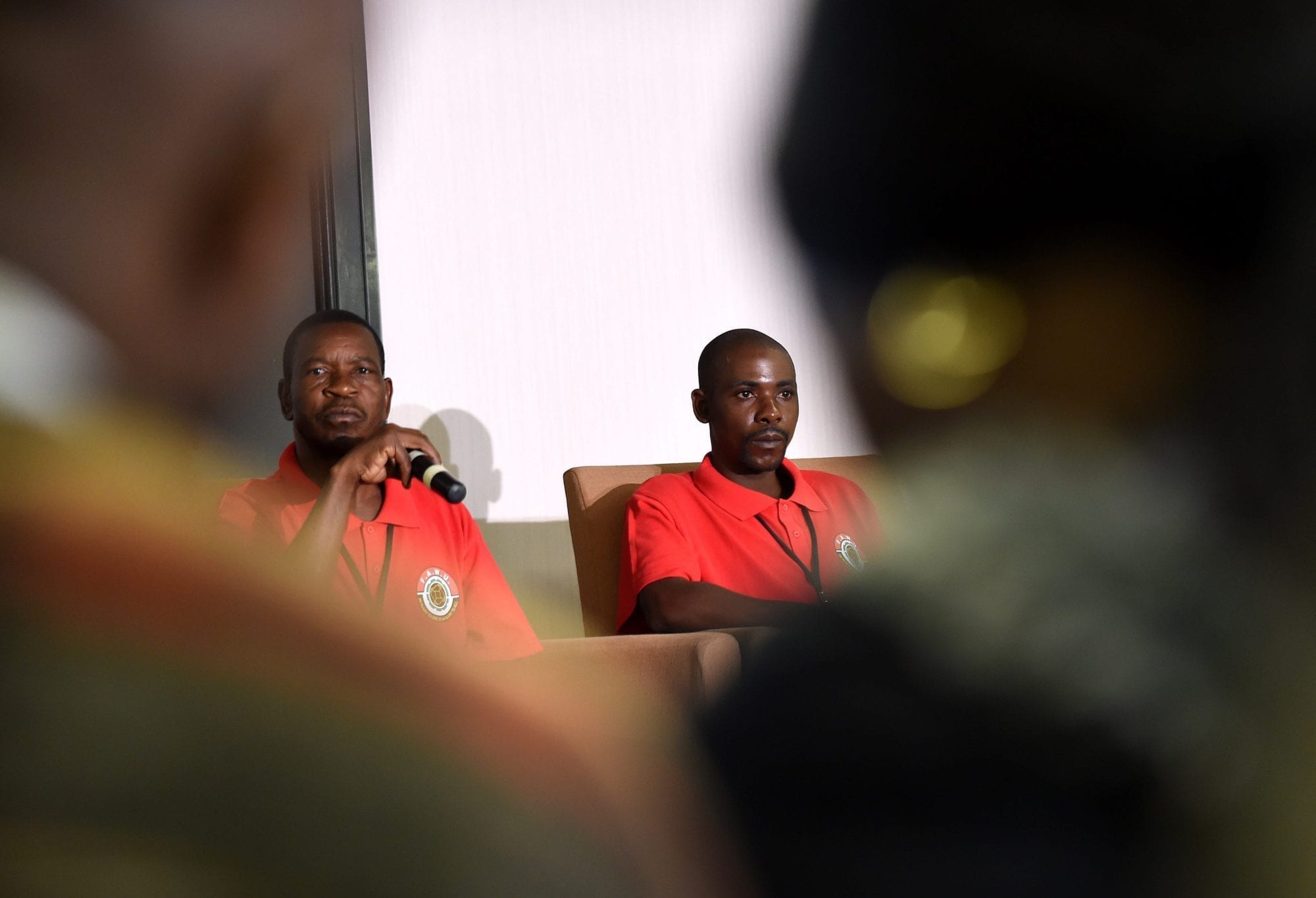 Seventeen years ago, Chris Muwani migrated from Zimbabwe to South Africa, where he works on a tomato farm. If he does not fulfill his daily quota, he is not paid for the day. So to complete his workload, he often does not walk the long distance to access the toilet or fresh water. On a nearby banana plantation, France Mnyike, a migrant farm worker from Mozambique, also says fresh water is hard to access.

“Some people even faint out of dizziness because of lack of water,” he says, speaking through a translator. “Two ladies fainted and eventually died because of dehydration.”

Throughout the conference, “Achieving Fair Migration: Roles of African Trade Unions and Their Partners,” union leaders and migrant rights advocates have explored the xenophobia, racism and sexism migrant workers face, and sought to increase vital connections between unions and civil society organizations to campaign for laws and policies to level the playing field for migrant workers.

Some 34 million Africans are migrants—the majority are workers moving across borders in search of jobs that can support their families. As around the world, migrant workers in Africa  are cheated of wages wages (which is a modern form of forced labor) and coerced to work in dangerous and unhealthy working conditions.

“We use a chemical to spray grass but you don’t have rubber boots or a respirator but you are working with poison,” says Muwani. “If you protest about safety conditions, many people are fired.”

When Mnyike broke his leg at work, his employer did not provide medical aid and his leg remains fractured. Even if his workplace offered emergency care, says Mnyike, the employer would “deduct the cost from your salary.”

Both men also describe how they experience xenophobia at their workplaces and in their communities.

Muwani often is called derogatory names because he is from Zimbabwe, and says “even my kids are discriminated against. The kids tell them, ‘We will not play with you guys, you are not worthy of us as friends.”

Far from his wife and children, who remain in Mozambique, Mnyike continues working on the planation to support them, despite treatment so brutal that “those who die on the farm are thrown in the midst of the bananas,” he says. “They are not buried.”

Conference participants, including leadership from the South African Farm and Agricultural Workers Union (FAWU), responded by noting that we must continue to organize and recognize that workers are all African, moving beyond xenophobia.