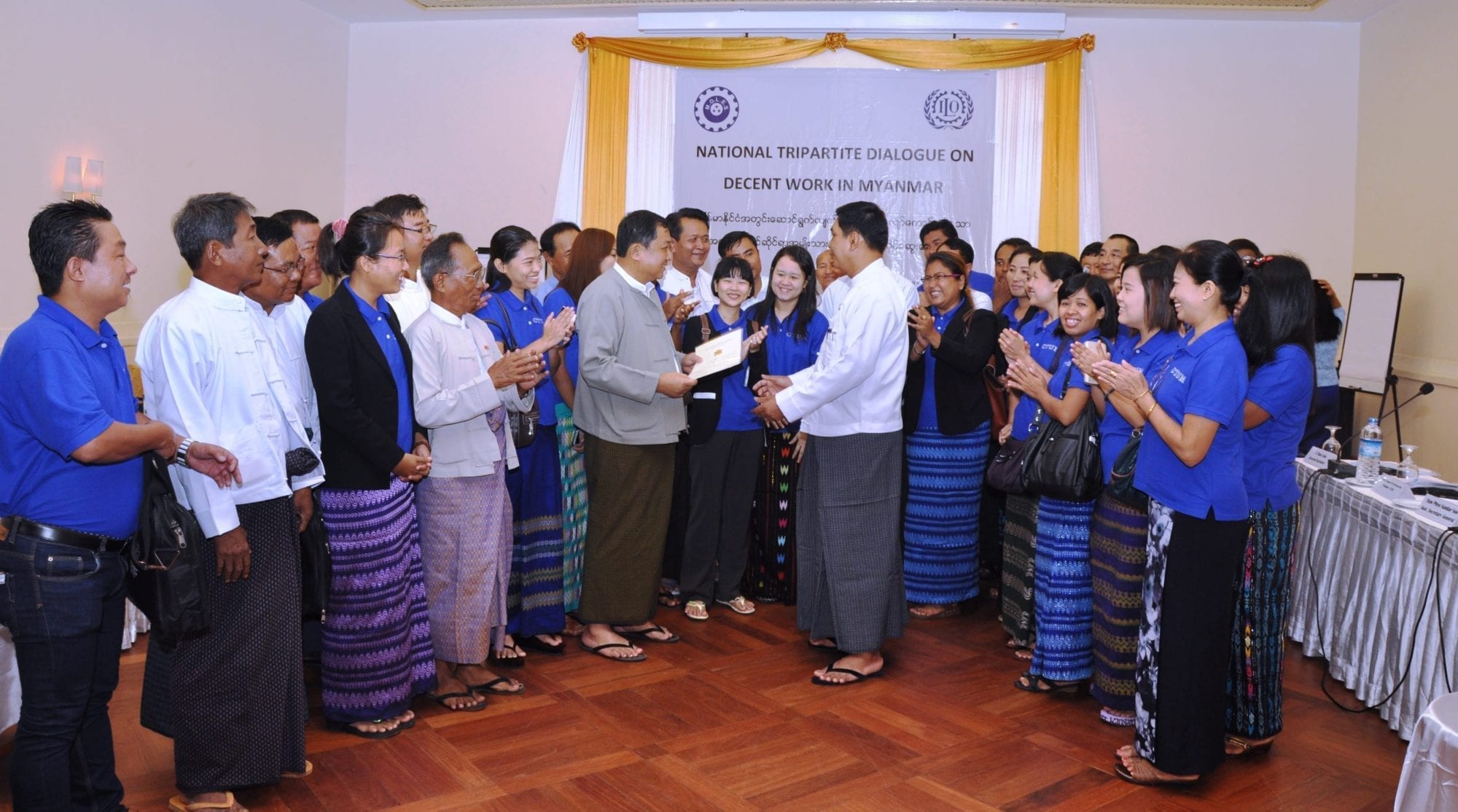 Fabulous news for working people in Myanmar: The government has officially recognized the Confederation of Trade Unions of Myanmar (CTUM), and registered the federation as representing “all Myanmar.”

In a ceremony today, CTUM President Maung Maung and other union leaders received the registration papers, with Maung Maung thanking “everyone who made this vision of ours come true.”

After a violent military crackdown on pro-democracy demonstrators that forced thousands of Burmese activists into prison or exile, Maung Maung spent 24 years in Thailand nurturing the union movement as general secretary of the Federation of Trade Unions – Burma (FTUB), now CTUM. In those difficult years, the FTUB was sustained in part through the international labor movement, the AFL-CIO, and the Solidarity Center. He returned to Myanmar in September 2012 after the government removed more than 2,000 people from a list of more than 6,000 pro-democracy supporters banned from entering the country.

“Workers want to understand how they can demand their rights.”

In a new Solidarity Center video, Maung Maung describes how the many years of keeping alive the union movement are now bearing fruit.

“Group meetings with workers can now be held freely where we can openly discuss issues such as the minimum wage law. This is what we have achieved.”