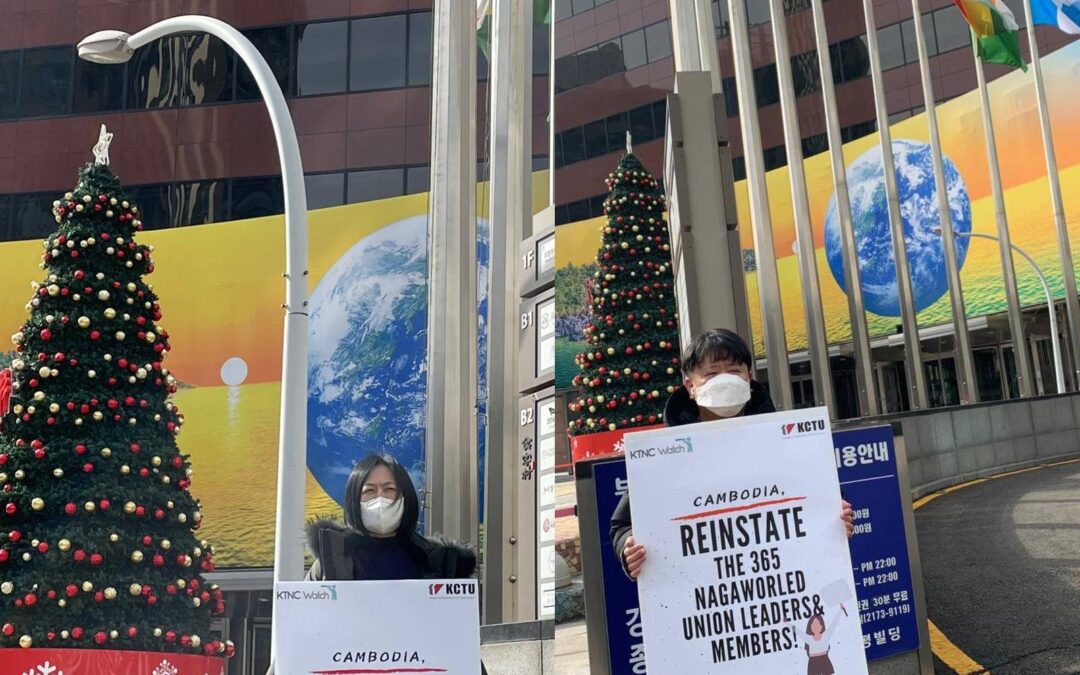 Activists in Seoul, South Korea, were among participants in a Global Day of Action, with solidarity events in 11 cities on four continents.

Eight union leaders jailed for peacefully walking a picket line at NagaWorld Hotel and Casino in Cambodia have been denied pre-trial release, and government officials are now using the COVID-19 pandemic to further interfere with workers’ right to assemble, according to the Labor Rights Supported Union of Khmer Employees of NagaWorld union (LRSU).

The imprisoned union leaders, including union president Sithar Chhim, who was violently taken away by plain clothes police while attempting to join her colleagues on the picket line, say they do not have enough water and are not allowed to contact their families.

During a raid on union offices December 31, police arrested union leaders and seized computers and phones. The leaders are charged with incitement, which carries a sentence of up to five years in prison. 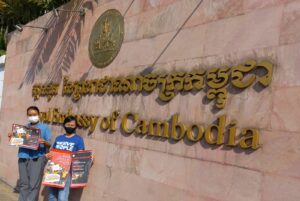 As workers entered their tenth week walking the picket line February 4, the government demanded the strikers leave to take COVID-19 tests, despite the lack of mass COVID-19 testing elsewhere in Cambodia. Recent photos show government officials at maskless social events where COVID-19 tests were not required.

After workers refused to leave the picket line, authorities sent doctors and medical staff to test those on strike, not allowing them to leave until they took a test. More than 700 workers have now been tested, and with four positive COVID-19 cases, LRSU has since suspended the strike for 10 days.

Three NagaWorld workers were detained for allegedly obstructing implementation of the Law on Measures to Prevent the Spread of COVID-19 and other Serious, Dangerous and Contagious Diseases. They were interrogated for days and must appear before a court this week. The LRSU is calling out the government for using legal intimidation to stop a peaceful strike. 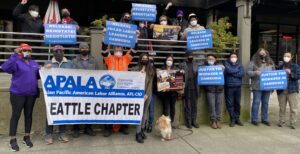 Thousands of slot machine workers, dealers, housekeepers and technicians went on strike in late November, demanding the reinstatement of 365 employees who were fired in April. While management asserts the layoffs were due to COVID-19, union leaders say those laid off were all union leaders and activists.

Workers also want the company to provide seniority bonuses and pay, per the law, and a 7 percent raise on their base salary to keep up with inflation. They also are calling for NagaWorld to stop exploiting workers under the premise of internships.

The workers’ strike has gained global support, as global unions, human rights organizations and others have demanded they be allowed to freely exercise their rights to peacefully assemble, strike and form unions. 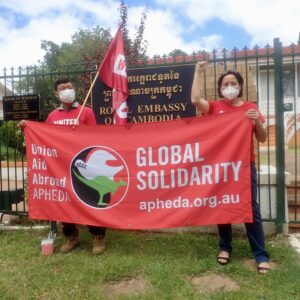 In Canberra, Australia, activists joined the Day of Action in support of NagaWorld workers. Credit: APHEDA

During a ”Global Day of Action” February 7, solidarity events took place at Cambodian embassies and consulates in 11 cities on four continents. The action coincided with NagaCorp’s board meeting where, despite the corporation’s claims it fired workers due to slowing business during the pandemic, company leaders stressed it is a very strong financial position, with higher than predicted revenue, and that the business is returning to profitability

Global Day of Action participants submitted letters to the consulates that condemned the actions of NagaWorld and the Cambodian government, reiterated the union’s demands and expressed solidarity with LRSU and its members. The Asian Pacific American Labor Alliance, Solidar Suisse, Building and Wood Worker’s International, IUF global union, APHEDA and other unions and labor rights organizations around the world, coordinated the actions in seven countries.