Nasima, Tazreen Survivor: Day by Day, My Situation Is Getting Worse 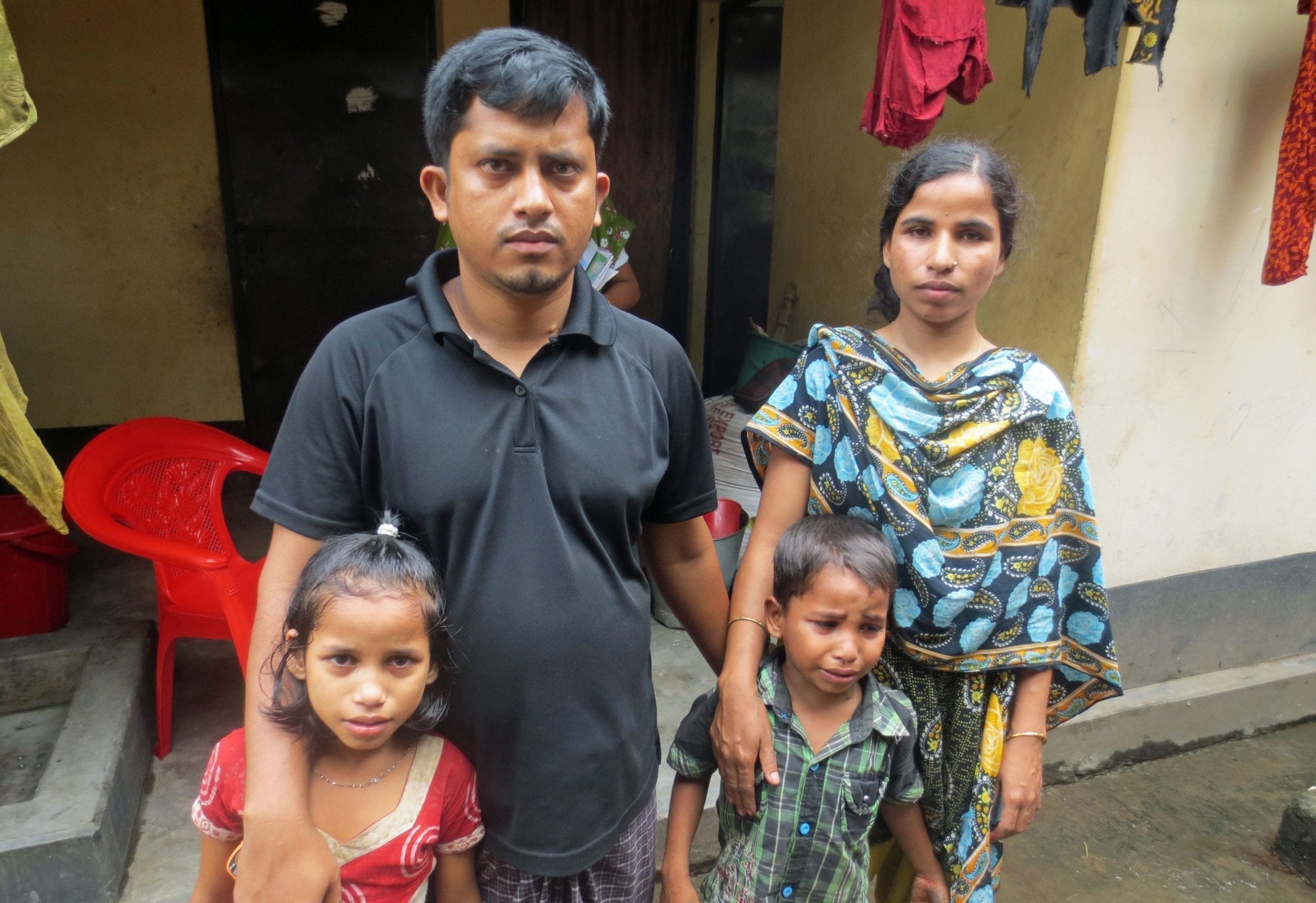 Nasima, 25, cannot neither breathe nor see well these days. She speaks softly, too weak to raise her voice. Nasima escaped the November 24, 2012, Tazreen Fashions garment factory fire in Bangladesh with her life, but her injuries from the disaster are so extensive that she can no longer support herself and her family. “I don’t have the strength to work in the garment factories anymore,” she says.

Nasima works in her landlord’s house for food but has been unable to pay rent for the past four months. Her husband cannot work because of a heart condition, and their daughter and son may not be able to continue in school because the family has no money to pay their school fees.

“I am always worried about my family’s future. How will I survive? Day by day my situation is getting worse,” she said, weeping.

She sold all possessions she had left in her home village to pay for her medical expenses, but cannot afford the CAT scan her doctors recommend.

On the day of the Tazreen factory fire, which killed 112 workers and injured thousands more, Nasima said, “even after the fire alarm, I was warned by other workers that if I leave, I will be terminated.” With two small children at home, Nasima said, “I wanted to go out. But the factory manager and the production manager had forbidden me to do that. They said nothing was happening.”

She left her work station and made it to the second floor. “I asked others to somehow let me go out of the building. I was lifted to the shoulder of a mechanic and thrown to the roof of the nearby building.”

Following the Tazreen disaster, Nasima received $320 and a little food from two private organizations. She says she received a call from the Bangladesh Garments Manufacturing and Exporting Association (BGMEA) regarding compensation, but the employer group later refused to give her money, saying she would get it in the future if it were available. A year later, Nasima has received nothing.

Nasima hopes for compensation from the employers and the government—enough to enable her to survive if she can never return to work. “I am in this condition while doing their work,” she said. Nasima wants her children to get education so they will not struggle to survive. She wants to get well soon and go back to work.