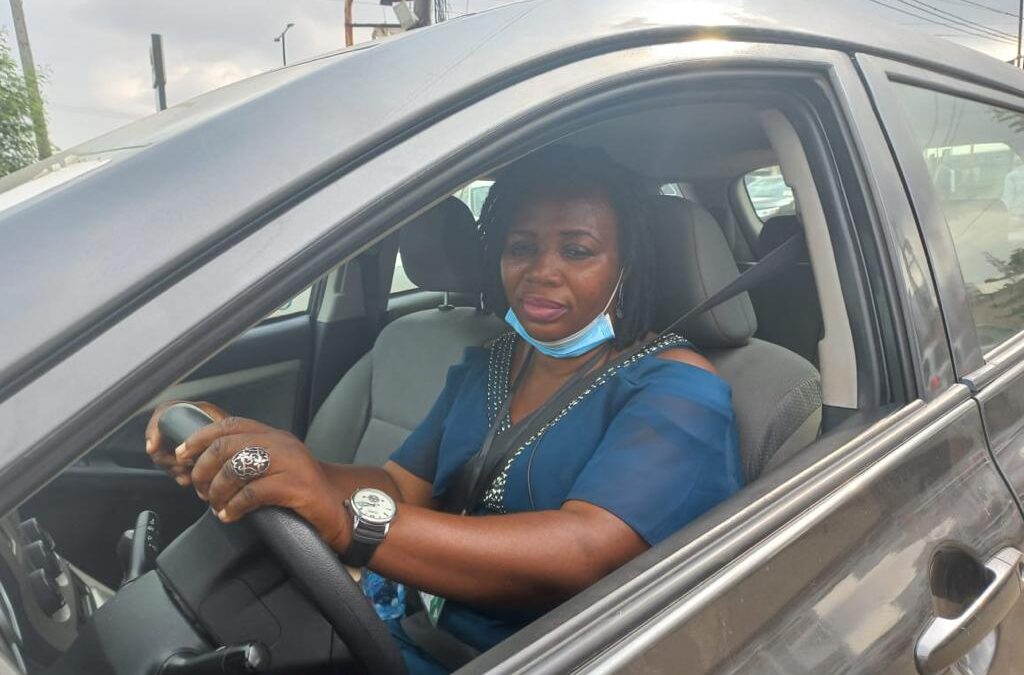 In Nigeria—where 93 percent of working people toil in the informal economy for low wages, unprotected by labor law and without social services such as pensions and healthcare—app-based workers like PEDPA member Kofo Olaogun are fighting for their rights. Credit: Ralph Gabin

In Nigeria—where 93 percent of working people toil in the informal economy for low wages, unprotected by labor law and without social services such as pensions and healthcare—app-based workers are fighting for their rights.

With Solidarity Center support, today the Federation of Informal Workers of Nigeria (FIWON), the National Union of Professional APP-Based Transport Workers (NUPA-BW) and the Professional E-Hailing Drivers and Private Owners of Nigeria (PEDPA) launched a joint campaign for formal recognition and adequate representation for all, regardless of classification.

“A worker is a worker,” says Solidarity Center Nigeria Country Program Director Sonny Ogbuehi. “And all working people have the right to join together to secure the decent jobs and fair wages they deserve.”

During the early part of the pandemic, employment in Nigeria plummeted. Although employment has since rebounded, most newly created jobs are precarious and the cost of living has skyrocketed. Many young people, including those who graduated university into the pandemic, are now employed in the gig economy or other informal-sector jobs because no formal-sector work is available.

Following a Supreme Court decision in the United Kingdom classifying Uber drivers as workers  rather than independent contractors, NUPA-BW drivers in May last year announced a class action suit against two international app-based ridesharing companies for compensation of unpaid overtime and holiday pay, pensions, social security, as well as union recognition. A month prior, drivers in Lagos embarked on a strike for an immediate increase in fares to compensate for the cost of goods and services that, PEDPA said, had increased by more than 200 percent without a commensurate fare increase.

The joint campaign’s demands include full worker and union rights; provision of social protection programs, including pensions, adequate and affordable healthcare, and disability care; provision by the employer of basic workplace infrastructure such as electricity, water and toilets; improved safety and security measures; and worker input into pricing.

Some 2 billion people work in the informal sector globally, as domestic workers, taxi drivers and street vendors, many of them women. This number has only increased during the COVID-19 pandemic. Informal-economy work now comprises most jobs in many countries and is increasing worldwide. Although informal-economy workers can create up to half of a country’s gross national product, most have no access to health care, sick leave or support when they lose their jobs, and they have little power to advocate for living wages and safe and secure work. The Solidarity Center is part of a broad-based movement in dozens of countries to help workers in the informal economy come together to assert their rights and raise living standards.