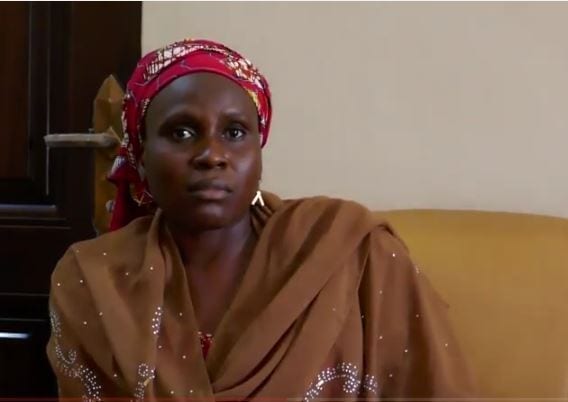 Even as an uneasy but relative peace takes hold in northeastern Nigeria, the death toll and violence of the past several years is having long-term effects on returning teachers, healthcare workers and civil servants in Borno state, according to a joint survey completed by public-sector unions last month.

The unions, with Solidarity Center support, documented hundreds of deaths by violent attacks—attacks in which many public-sector workers were specifically targeted.

The Nigeria Union of Teachers (NUT), Borno State Wing, estimates that it has lost more than 500 members, some to homemade bombs hurled at concrete classrooms. The Medical and Health Workers Union of Nigeria (MHWUN), Borno state, counted losses in the hundreds. The Borno state branch of the Nigeria Civil Service Union (NCSU) estimates more than 70 members were killed by gunshot or bomb blast.

Although many public-sector workers are now returning to their jobs, Mamman Bukar, Borno state NCSU Chairman, said almost 75 percent of civil servants represented by the union who are back on the job are struggling.

“People have started moving around, doing their normal jobs” he said, but, “some lost their senses because of the trauma of the situation.”

A male healthcare worker, for example, described a bloody armed assault on the hospital in which he was working on February, 11, 2014, when insurgents raided the pharmacy and murdered his supervising physician. Although the worker spoke on camera to record the eyewitness account, he asked for safety reasons that his interview and name not be publicly released.

Others described similar violent scenes at their workplace: “Then I saw half of a body on the ground,” said a civil servant with the Ministry of Agriculture, describing the aftermath of a bomb attack in May last year on the State Secretariat in the Borno state capital, Maiduguri. He also asked to remain anonymous.

Nurse-midwife Liyatu Haruma, who surveyed members of the National Association of Nigerian Nurses and Midwives, said she learned that the long-term impact on her colleagues is, “deep and close.” Many of them were injured, had their houses burned or witnessed people being killed, she said.

Borno state teacher Muhammad Kirala, who collected eyewitness accounts from his colleagues, said teachers he interviewed described watching colleagues “slaughtered like animals,“ with knives, run down by vehicles, or killed in bomb blasts as they attempted to escape gunmen.

Workers also reported serious economic consequences of the violence on them and their families, including the loss of income during long periods when their workplaces were too dangerous or damaged to access. Many who were injured said they did not receive compensation for medical expenses. Some said they could not pay for the health care they need to return to work successfully, and that the state is not providing support.

“[They] don’t have money to remove bullets from them,” said Yusuf Inuwa, head of the Borno state Medical and Health Workers Union of Nigeria (MHWUN).

A civil servant who spent almost four months in the hospital recovering from severe bomb-blast injuries to his leg and foot—and reporting anonymously for safety reasons—said he had received emergency funds from his union, but no salary for the time he was in the hospital nor government compensation for his injuries.

“Presently, I want my salary,” he said.

Missing workers were not counted in the unions’ surveys. An estimated 1.8 million people have been displaced in Borno State, including more than 19,000 teachers.

According to the International Labor Organization (ILO), the proper response of ILO member states in post-conflict situations within their borders is promotion of full employment and special action to assist all persons whose usual employment has been interrupted, per Recommendation No. 71– Employment (Transition from War to Peace), 1944. A revision of the Recommendation, which began last year, will include new post-conflict state responsibilities, including promoting employment, reinforcing state institutions, and fostering social protection, social dialogue and respect for fundamental rights.