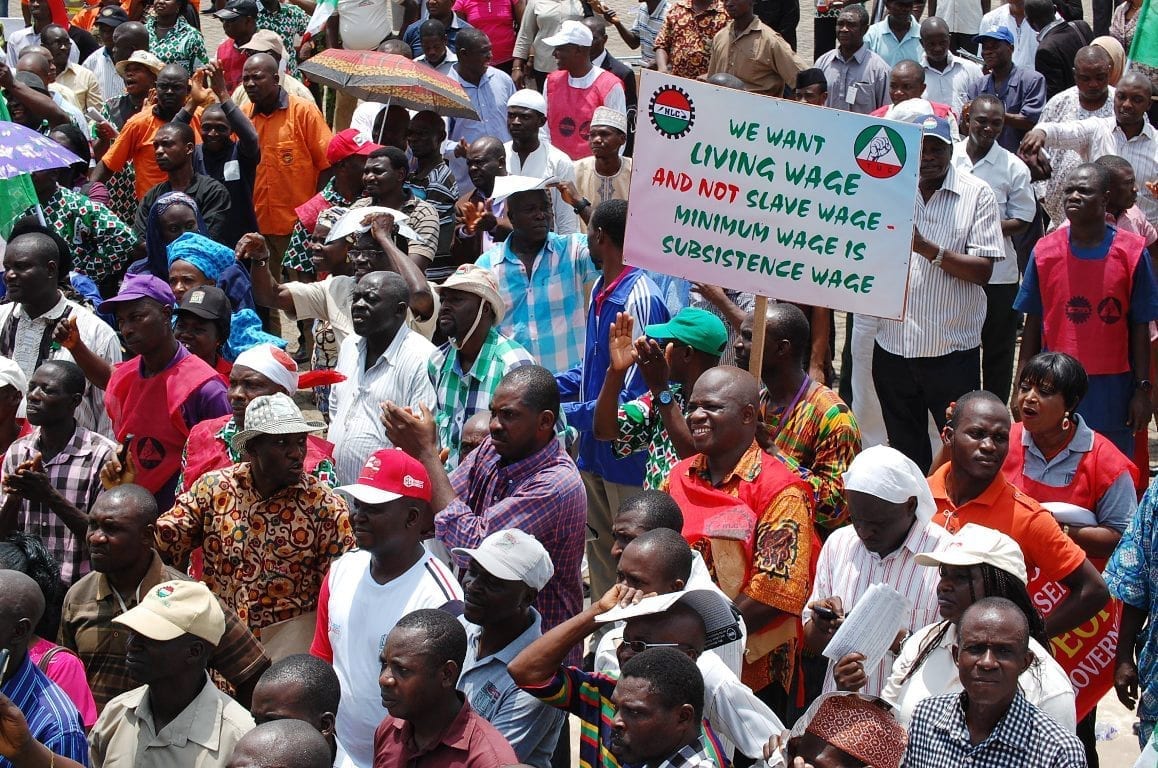 Nigeria’s labor federations—the Nigeria Labor Congress (NLC), the Trade Union Congress (TUC) and the United Labor Congress of Nigeria (ULC)—called for a national strike starting at midnight last night to protest stalled negotiations with the government for an increased minimum wage for all workers in the country.

Should the strike continue, all public-sector institutions, including schools and hospitals, could be affected. The strike might involve as many as 4 million workers, including Nigeria’s two oil unions, said Peter Ozo Eson, an NLC spokesperson.

The country’s current minimum wage—$49.60 per month—is not a living wage, say workers, and must be raised to compensate for increased commodity, gasoline and other cost of living increases due to hyperinflation.

The NLC called for a strike starting at midnight last night by “workers from all sectors of the economy and our civil society allies” to pressure the federal government to reconvene the country’s tripartite minimum wage committee. The committee meets so that workers, government and employers can consult on Nigeria’s national minimum wage. The strike was triggered when the government allowed labor’s 14-day ultimatum to reconvene the committee to elapse today.

“This strike is a direct result of the failure of the minimum wage committee to find a way forward,” said Craig Phelan, director of Solidarity Center programs in Nigeria.

UPDATE: The NLC suspended the nationwide strike yesterday in response to news that the federal government will reconvene the tripartite minimum wage committee this week, on October 4 and 5. The NLC credited workers’ “substantial compliance” with the strike for government agreeing to meet.