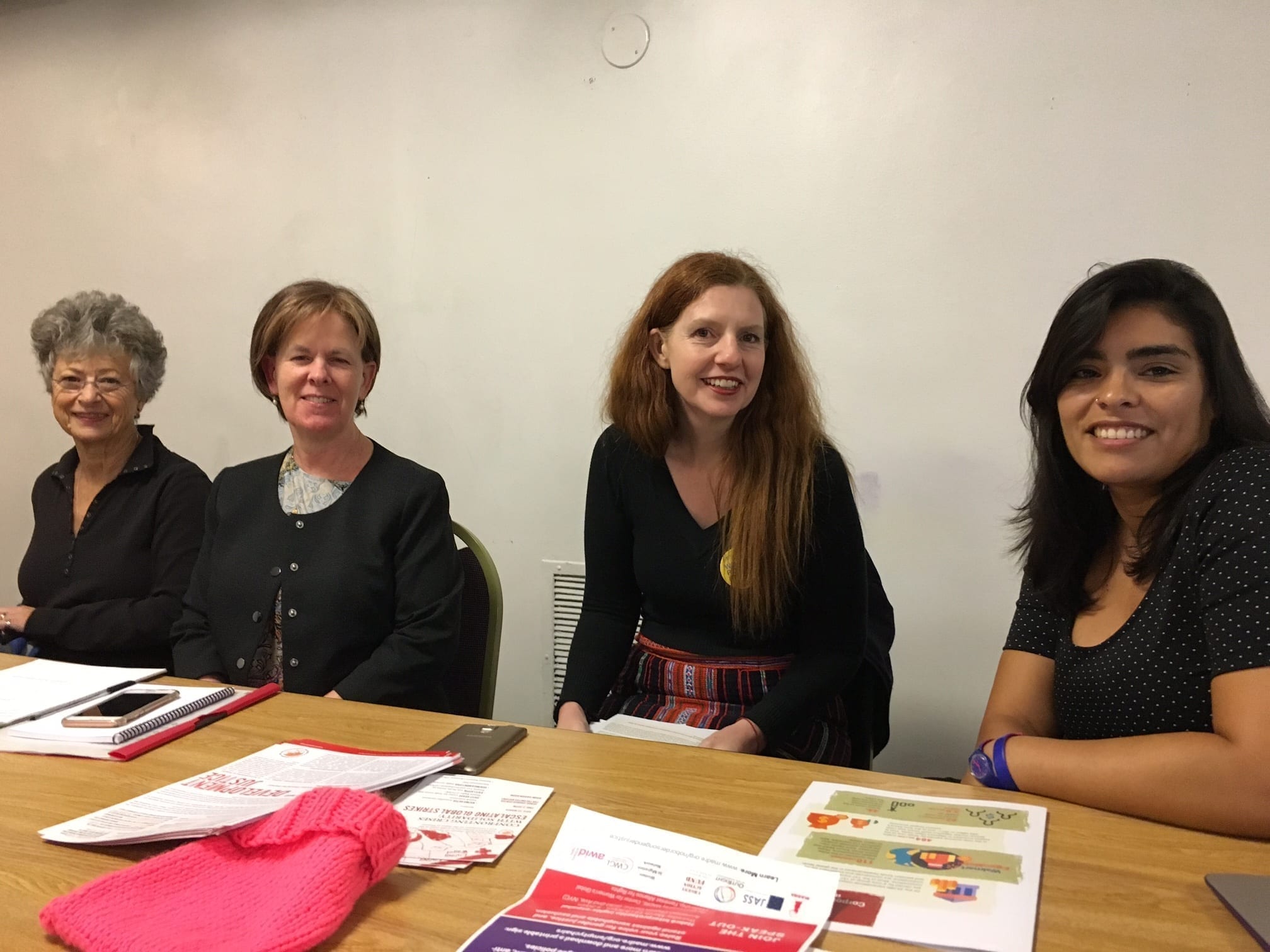 Understanding the scale and depth of corporate power’s impact on workers, the environment and public services—and channeling that knowledge into joint action to coordinate and maximize an effective response—is crucial to decreasing economic inequality and reclaiming space for the 99 percent, panelists said yesterday in New York City. 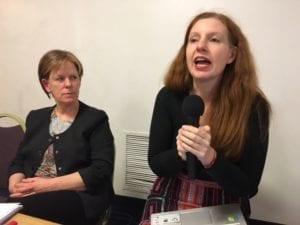 “Our solidarity is what’s important in addressing global power,” said Kate Lappin, regional coordinator of the Asia Pacific Forum on Women, Law and Development (APWLD). “The answer is not about blaming migration or ‘the other,’ the answer is solidarity,” Lappin said, speaking at “Impact of Corporate Power on Women’s Economic Empowerment,” a session sponsored by the Association for Women’s Rights in Development (AWID), Solidarity Center, APWLD and Global Policy Forum.

The panel was one of several sessions the Solidarity Center and its partners held in conjunction with the March 13–24 meeting of the United Nations Commission on the Status of Women (CSW). Some 200 union women activists from around the globe are taking part in events.

The panel stems from the 2016 report, “Challenging Corporate Power: Struggles for Women’s Rights, Economic and Gender Justice” produced by AWID and the Solidarity Center, in conjunction with Just Associates (JASS). The report explores how corporations in collusion with elites and other powerful actors are exerting their power to transform economic and political systems. The report then illustrates how this power impacts women and oppressed peoples.

Workers Have Power because Their Labor Fuels Economy 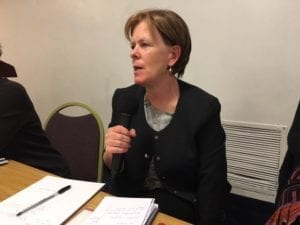 One of the most promising areas of cross-movement collaboration is the campaign to end gender-based violence at work, said Solidarity Center Gender Equality Director Lisa McGowan.

“It’s a really powerful issue—it helps bring together lots of different movements, primarily the labor and women’s movements—who have a lot to learn from each other,” said McGowan.

Last fall, the Solidarity Center held a multi-session workshop on building alliances around ending gender-based violence at work during the AWID Forum in Brazil, part of the Solidarity Center’s outreach efforts to connect with women’s movements and other likeminded allies around the issue. More than 2,000 women activists from around the world attended the AWID event. 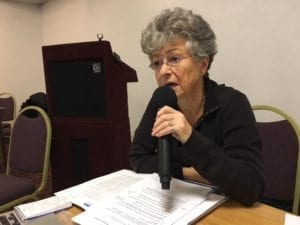 Describing the increasing influence of corporate money on governments, which often contract out public services to less accountable private-sector providers, Adams said the stated goal of some corporate players is “governance without government.

“Of the 100 largest economies today, 31 are countries,” she said. “It’s no longer one person, one vote, but one dollar, one vote.” Unlike governments, corporations cannot be held accountable through the democratic process.

The role of the union movement is especially key in such an environment, said McGowan. “Workers have power because their labor is what fuels our economy,” she said.

Building on worker power in relation to corporations, the challenge for all progressive allies is to link the movements and link the strategies, she said. 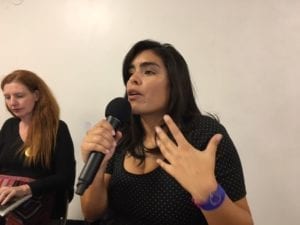 Ana Abelenda, AWID economic justice coordinator and panel moderator, described the process behind the “Challenging Corporate Power” report, which is based on a 2016 cross-movement dialogue convened by AWID and the Solidarity Center. Facilitated by JASS in São Paulo, Brazil, the meeting brought together women trade unionists; women workers; feminists; indigenous and black women; lesbian, bisexual, trans, queer and intersex (LBTQI) activists; and women human rights defenders to discuss, debate and share understanding of corporate power and what it means to their struggles and their lives.

CSW meetings this month involve hundreds of high-level government delegates who, for the first time, are discussing women’s economic empowerment and the role of labor unions as core to achieving women’s rights—a huge milestone for working women around the globe in achieving recognition of their workplace struggles by the world’s human rights body—and one that worker rights organizations like the ITUC and Solidarity Center have long championed.