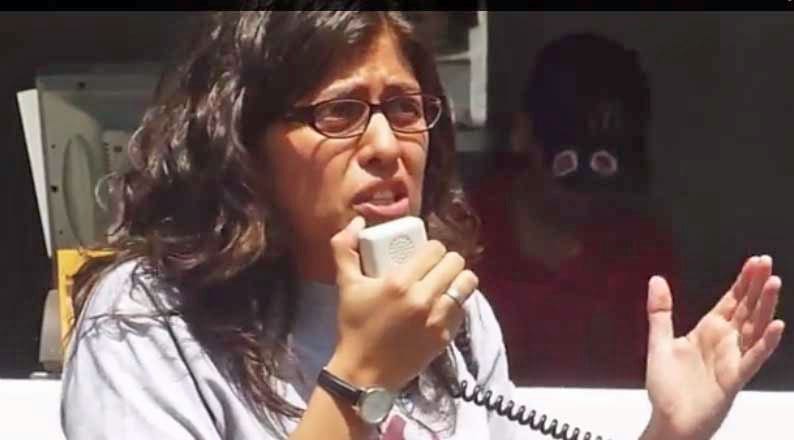 Alejandra Ancheita, founder and executive director of the Mexico City-based ProDESC (Project for Economic, Cultural, and Social Rights), is one of three finalists for the prestigious international Martin Ennals Award for Human Rights Defenders.

Ancheita, a Mexican lawyer and activist who leads the fight for the rights of vulnerable and excluded workers, migrants, communal landowners and indigenous communities, founded ProDESC in 2005. ProDESC is a long-time Solidarity Center ally whose work includes an ongoing campaign seeking justice for miners denied their right to organize for improved working conditions at the La Platosa mine in La Sierrita, Durango, Mexico.

“Alejandra is an unsung hero. She stands up in the face of widespread violence and impunity in Mexico—often risking her life so that Mexican workers can have justice,” said Solidarity Center Executive Director Shawna Bader-Blau. “Alejandra’s difficult and important work shines a spotlight on abuse and exploitation that generally goes unnoticed. We hope this honor helps diminish the risks she and her colleagues face every day.”

The Martin Ennals Award for Human Rights is selected by the international human rights community and given to human rights defenders who have shown deep commitment and face great personal risk. Members of the organization include Human Rights Watch and Amnesty International.

Watch a video about Ancheita.