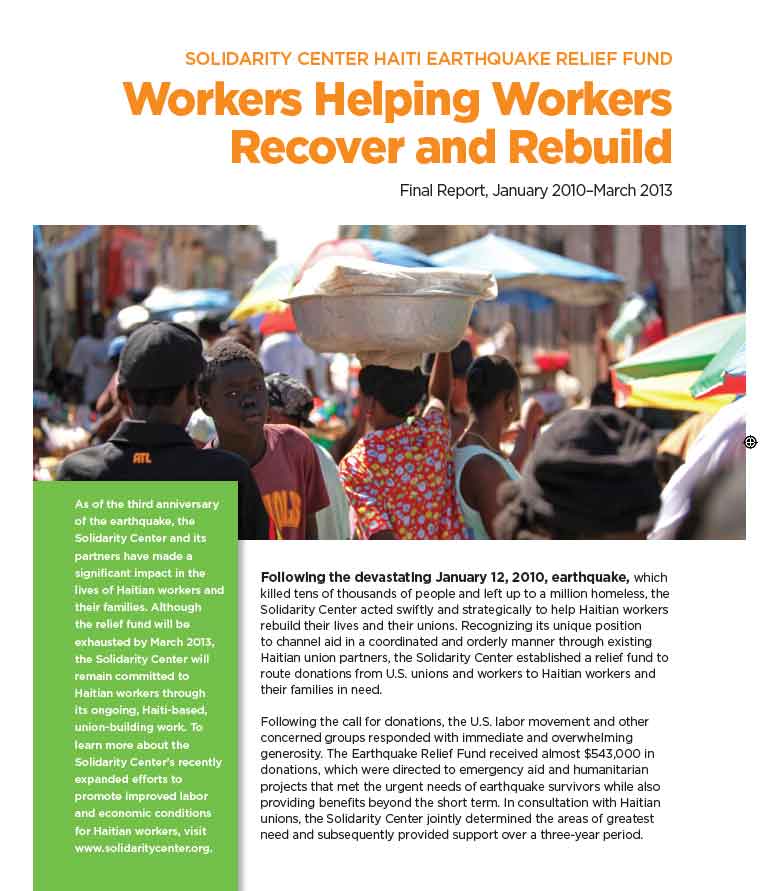 Following the devastating January 12, 2010, earthquake in Haiti, the Solidarity Center established a relief fund to route donations from U.S. unions and workers to Haitian workers and their families in need. The final report on these efforts, released on the third anniversary of the earthquake, describes how the Solidarity Center and its partners have made a significant impact in the lives of Haitian workers and their families.