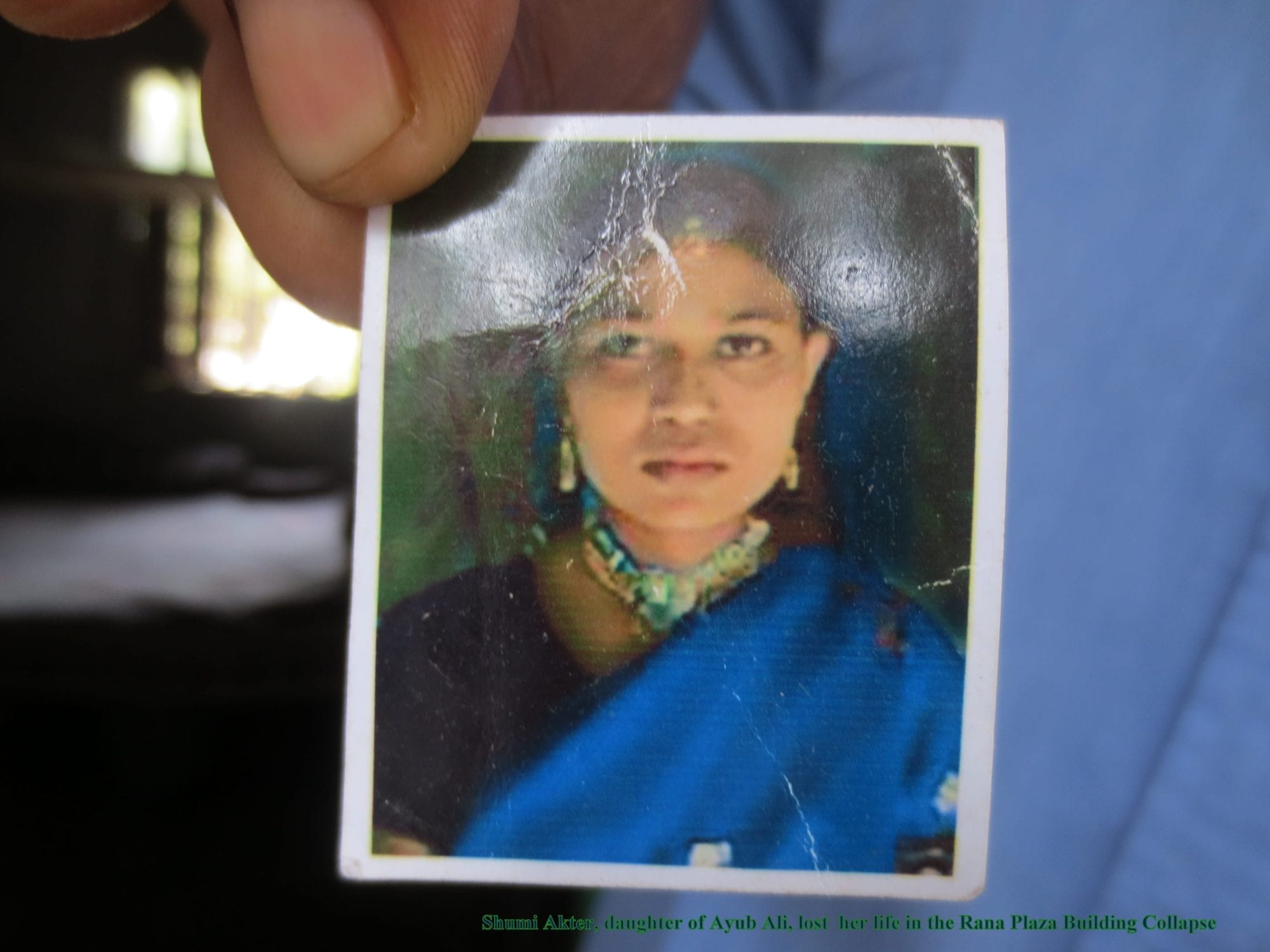 Shumi Akter was not quite 12 years old when she first started working at a garment factory in Bangladesh. By age 18, she had worked as a sewing machine operator at the New Bottom Style garment factory for more than two years, where the $75 a month she was paid helped support her husband and parents, with whom she lived.

On April 24, 2013, Shumi was among the more than 1,100 garment workers who perished in the collapse of the multistory Rana Plaza, which housed five garment factories, including New Bottom Style. Before leaving for work the morning she died, she gave her father more than half a month’s wages so he could pay a debt he owned.

“Now, I cannot find the happiness of life,” says Shumi’s father, Ayub Ali, a rickshaw driver who described his daughter as extremely affectionate.

Shumi’s mother, Amena Begum, still cries at night for her daughter and since the tragedy, has been unable to work at the garment factory where she was employed. Shumi’s body, found 11 days after the collapse, was recognizable only from her identification card and dress.

When Shumi’s parents went to collect their daughter’s body, government officials gave them $244 in compensation. Later, they also received $1,223 from the prime minister’s office and some $300 from private agencies.

Ayub Ali, who makes $3 a day, said “when one of the family member’s income discontinues, then the need is obvious.” Shumi had no children, but two younger siblings remain at home.