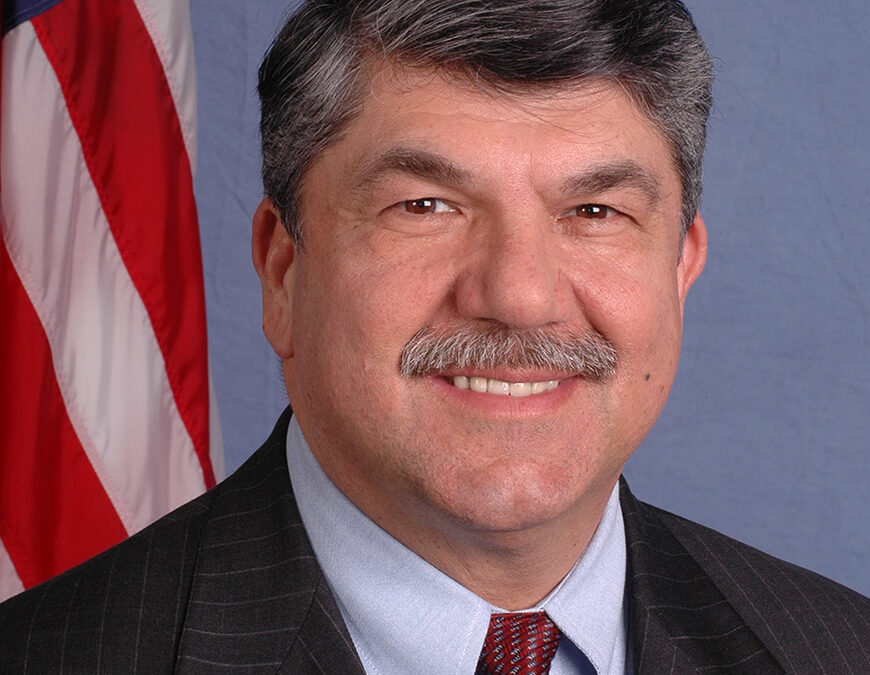 AFL-CIO President Richard Trumka, son of a U.S. coal miner and leader of the largest and most powerful organization of working people in the United States, believed strongly in the strength of global solidarity and stood staunchly with workers around the world. His passing on August 5 represents a loss to workers everywhere, and we join in mourning with the global labor movement and with all those whose lives he improved through his unwavering commitment to justice, worker rights and democracy.

“It was through President Trumka’s direction that during the Arab Spring, the AFL-CIO  stood with the labor movements of Tunisia, Egypt and Bahrain as they took on corporate and government power to demand freedom and democracy for working people and trade unions. His leadership made a positive impact in the United States—and around world.”

The Solidarity Center benefited immensely from Richard Trumka’s long-serving leadership as chair of the Board of Trustees, where he shared his vision of a world in which workers join across borders to have a collective voice in achieving safe and dignified work by organizing and joining unions, balancing power toward greater equality at the workplace and within the global economy.

Early on in his role as Mineworkers president, Richard Trumka connected in solidarity with miners in apartheid South Africa who were fighting for fundamental human rights in a brutal regime. He helped organize the U.S. Shell boycott, challenging the multinational Royal Dutch/Shell Group for its continued business with South Africa. For these actions, Trumka received the 1990 Letelier-Moffitt Human Rights Award. In 2018, he became the first recipient of the World Peace Prize for Labor Leadership because of his life-long dedication to defending the rights of working women and men.

Richard Trumka never stopped breaking ground on issues of race and the rights of migrant workers. He used his privileged position to push others to confront racism and their reluctance to fully support new immigrants. His speech denouncing racism in the 2008 U.S. presidential election was heard around the world, as hundreds of thousands watched his galvanizing speech on social media. Throughout his life, he led the union movement in supporting the rights of migrant workers in their struggle for recognition at the workplace and throughout society.

Coal miner, union leader, champion of global worker rights—union brother. The global union movement is forever richer for Richard Trumka’s leadership, unyielding sense of justice and passionate dedication to bringing about a world in which workers, together, achieve shared prosperity in the global economy.