The Solidarity Center is honored to announce that two dynamic leaders from within the U.S. labor movement have joined its Board of Trustees.

The new members are Gabrielle Carteris, president of the Screen Actors Guild-American Federation of Television and Radio Artists (SAG-AFTRA) and Alvina Yeh, Executive Director of the Asian Pacific American Labor Alliance (APALA). They will join current Board of Trustees members guiding the Solidarity Center as it strives to empower workers to raise their voice for dignity on the job, justice in their communities and greater equality in the global economy. 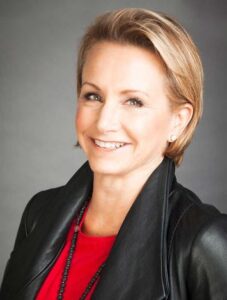 Gabrielle Carteris became SAG-AFTRA president in 2016, after serving two terms as executive vice president. She became a household name playing Andrea Zuckerman on Beverly Hills, 90210 and recently starred in BH90210, a revival of the iconic show. Her extensive resume includes work in television, film and the stage, with recent credits including a recurring role on Code Black and guest-starring roles on Criminal Minds, Make It or Break It, The Event, Longmire and The Middle.  As a producer, Carteris created Lifestories, a series of specials, and Gabrielle, a talk show that she also hosted. In her role as SAG-AFTRA president, Carteris chairs the National TV/Theatrical Contracts Negotiating Committee and leads the President’s Task Force on Education, Outreach and Engagement. She represents SAG-AFTRA with the International Federation of Actors (FIA), where she works to bring actors together across borders. 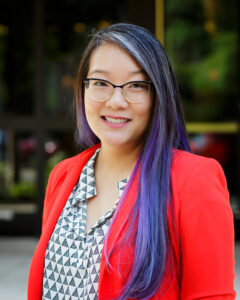 APALA Executive Director Alvina Yeh. Credit: APALAAlvina Yeh serves as the Executive Director of the Asian Pacific American Labor Alliance (APALA) and Institute for Asian Pacific American Leadership & Advancement (IAPALA).  Originally from Colorado, she comes from a Chinese family who fled from the war in Vietnam. Alvina, a lifelong community organizer with experience in electoral and issue-based campaigns, has a career committed to social justice. She is deeply passionate about building a movement where everyone has a fair shot in a thriving society, and brings an international lens on human and worker rights to the work of APALA. Yeh currently serves as the Co-Chair of the National Council of Asian Pacific Americans (NCAPA) and serves the Congressional Progressive Caucus Center Advisory Board and the National Korean American Service & Education Consortium Action Fund (NAKASEC AF) Board.

“I am thrilled that President Carteris and Executive Director Yeh are joining our Board,” said Richard L. Trumka, president of the AFL-CIO and chair of the Solidarity Center Board of Trustees. “They bring important and diverse points of view and a deep commitment to the Solidarity Center’s mission to support worker rights around the world, for everyone. We look forward to their contributions.”

Shawna Bader-Blau, executive director of the Solidarity Center said: “The Solidarity Center is dedicated to building cross-movement relationships and strengthening the connections between workers in the United States and workers around the world. So we are excited to begin work with these two labor leaders who bring a passionate interest in worker rights, additional connections to the U.S. labor movement and a wealth of experience in organizing, international solidarity and power building for workers in the United States and beyond.”

The Solidarity Center is the largest U.S.-based international worker rights organization helping workers attain safe and healthy workplaces, family-supporting wages, dignity on the job, widespread democracy and greater equity at work and in their community. Allied with the AFL-CIO, the Solidarity Center assists workers across the globe as, together, they fight discrimination, exploitation and the systems that entrench poverty—to achieve shared prosperity in the global economy.