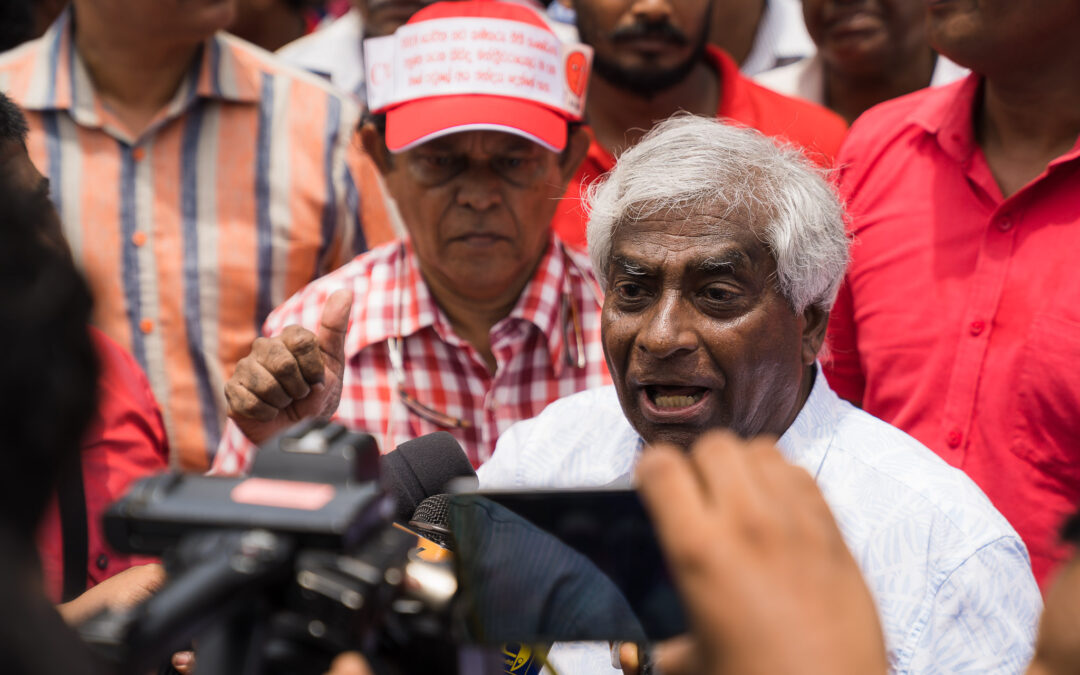 The collective agreement was signed between the union and the factory, Next Manufacturing Limited, on October 22, 2021, less than a year after a trade union branch office of the FTZ & GSEU was set up at the factory.

Speaking on the achievement, Joint Secretary of the Union Anton Marcus, says factory employees joined the union in December 2020, when they launched a strike to demand payment of late bonuses. “We eventually signed a two-year collective agreement with the company with the support of trade unions and civil society organizations in the United Kingdom.”

The agreement is a first for the Katunayake Investment Promotion Zone. Prior to this, only one other factory chain–the Esquel Group, with more than 350 garment factories–had entered into a collective agreement in Sri Lanka. Both agreements were negotiated and signed with the FTZ & GSEU Union.

“Under this collective agreement, we have agreed to discuss not only the terms and conditions that affect employees but also all privileges and demands submitted by the unions from time to time, and training and development programs that workers can enroll in,” says Marcus. “They also agreed to deduct salary dues and credit the union’s account, and to allow a two-hour duty leave per month to hold committee meetings within factory premises and a half-day duty leave to hold general meetings. The union has agreed to provide two noticeboards, a cabinet and a telephone for the two branch buildings, and the first members are allowed to assemble in the workplace if required, either after work or before the commencement of work.”

This landmark victory carries an important message to all those who work in the garment industry. Collective bargaining power and worker rights can be won even in the garment sector.

The FTZ & GSEU are partners of the Solidarity Center.