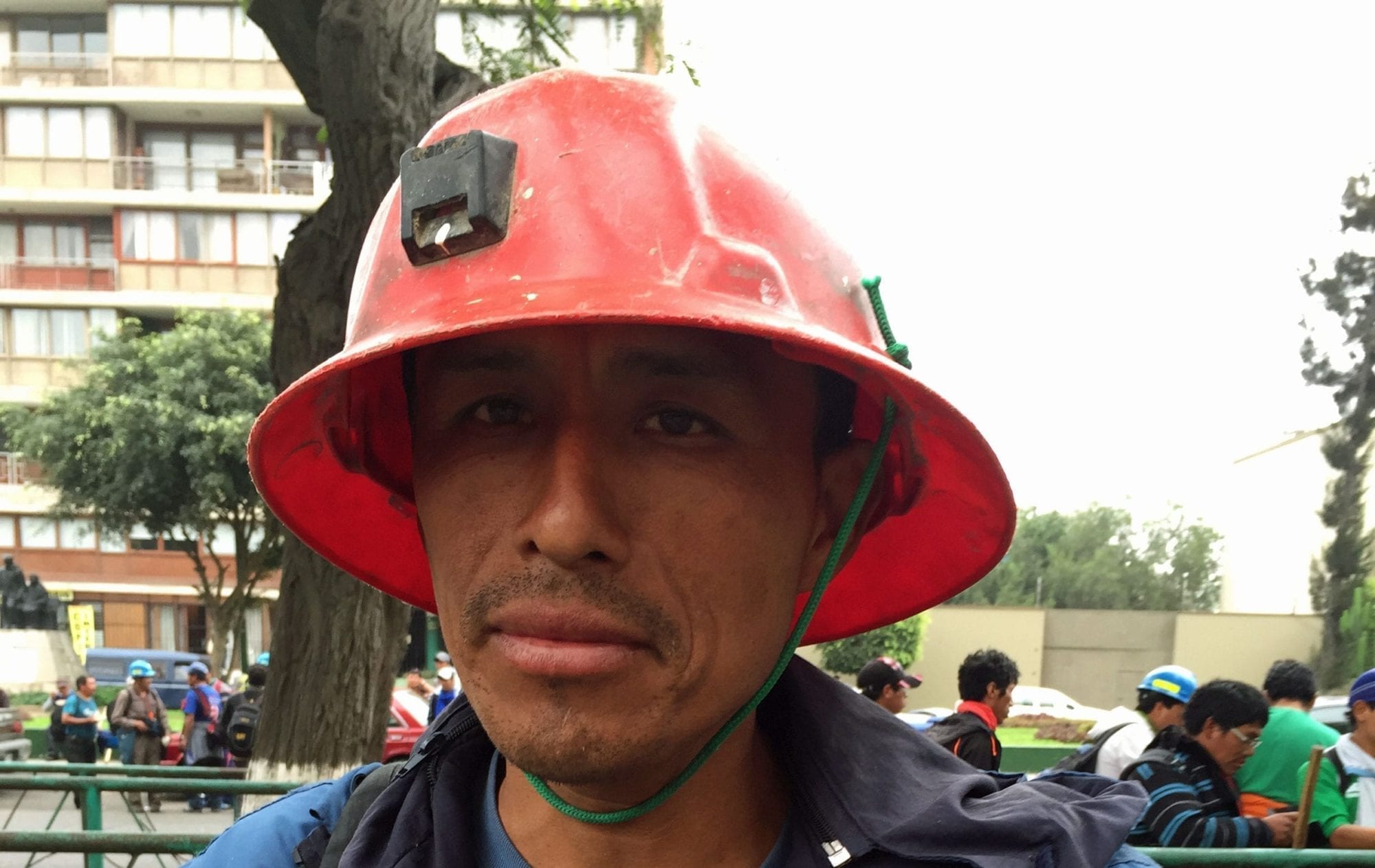 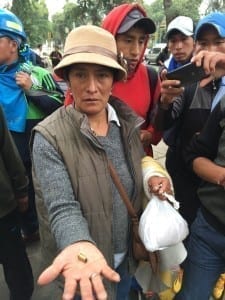 Bullet shells shot into a crowd of mineworkers at Peru’s Labor of Ministry.Credit:Solidarity Center/Samantha Tate

Six mineworkers were arrested and one injured from police gunfire yesterday as some 100 workers protested at the Ministry of Labor and Employment Promotion in Lima, Peru. The miners, who have been on strike for 17 days at Buenaventura’s Uchucchacua silver mine in the coastal region north of Lima, are calling for immediate improvement in safety and health conditions in the mines, especially air quality, which they say is extremely hazardous.

The mineworkers, all contract workers, gathered at the Labor Ministry, hoping their representatives could speak with Ministry representatives. After police accused them of blocking a public sidewalk, a police officer shot at the group, wounding mineworker Roberto Loyola, in the leg.

“We reject how we have been received here at the Ministry of Labor, with a worker wounded by a bullet,” says Uchucchacua Workers Secretary General Ronald Ventocilla. “We cannot allow Peruvians to be shooting at Peruvians. Buenaventura is an irresponsible employer that ignores its obligations to its workers, including high levels of carbon monoxide in the mines and not providing mineworkers with the food that they have committed to provide.”

On Tuesday, the Mineworkers Federation (FNTMMSP) launched a nationwide strike in part to call for a repeal of additions to Peru’s Health and Safety Law that make it more difficult for injured workers or their families to hold employers accountable for workplace injuries. Employers requested the amendments to the law, which was enacted last July.

Miners told Solidarity Center staff in Lima yesterday that when safety and health inspectors arrive at the mine to investigate working conditions, managers turn off the older machinery that produces the worst air contamination.  Mineworkers regularly work 10-hour days underground for 14 days, followed by seven days off, and they say the continued exposure to toxic gasses prematurely ages them.

Contract workers at the mine, who are not in a union, earn $16 day, less than unionized Uchucchacua mineworkers, who are paid $22 a day, of which almost one third must be returned to the employer for food. Up to 30 workers who have participated in the strike have received letters from the employer saying they will be laid off for participating in the strike.

Buenaventura Group, owner of the Uchucchacua mine, is Peru’s largest producer of precious metals and in May announced $17.3 million dollars in net profit for the first quarter of 2015. The Uchucchacua mine, in the province of Oyon Lima region, produces about 714,300 pounds of silver a year. Peru is the world’s third-biggest silver producer.

Vowing to stay in Lima until Labor Ministry receives them—striking workers are sleeping under the eaves of the National Stadium because they don’t have the money to pay for a hotel—Ventocilla says, “Three days ago we started a ‘march of sacrifice’ to Lima and we are going to continue until the Ministry receives us.”

FNTMMSP decried the use of police violence to repress workers freedom of speech and is working with National Human Rights Coordinating Body to seek the release of the detained workers.