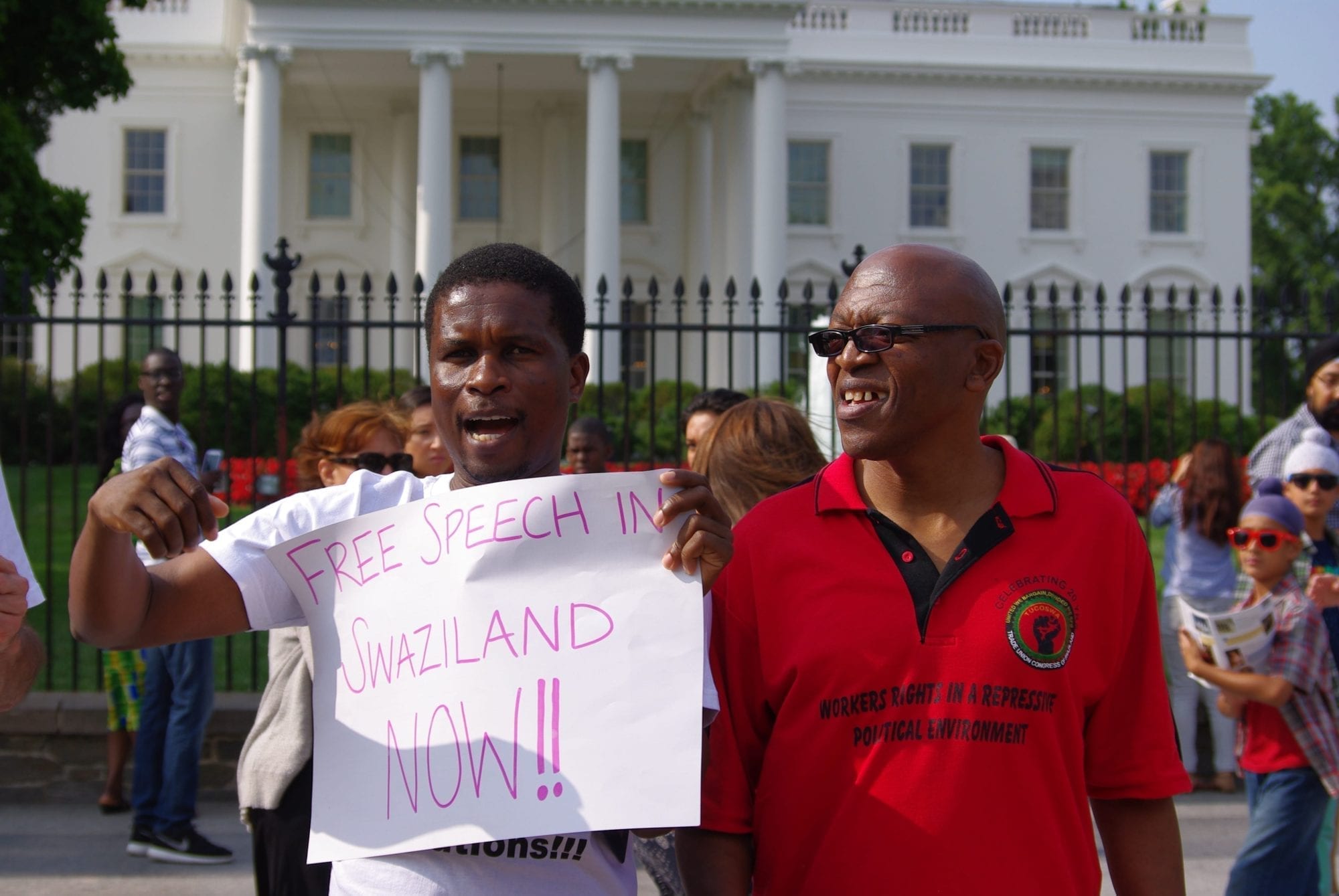 For the second time in two weeks, police have broken up a union meeting of the Trade Union Congress of Swaziland (TUCOSWA), this time physically injuring a union leader who was taking part.

According to the Swazi Observer and TUCOSWA leaders, more than 300 plain-clothed police forced participants to end a union executive board meeting in the Swaziland National Association of Teachers (SNAT) Center on Saturday and blocked the gates to the building. Muzi Mhlanga, SNAT secretary general, was assaulted and had to seek medical care, according to TUCOSWA.

“The police came in as if they were coming to fight an army,” said TUCOSWA Secretary General Vincent Ncongwane.

“They actually manhandled us, stopping anyone coming in or going out of the venue,” Ncongwane said in a letter to the Minister of Labor and other government officials to make them aware of the events and seek redress.

“We were squashed between various policemen who were trying to read the emails we were sending (to international labor allies). Police also demanded their phones because union leaders were taking photos of the police “without their permission. They said their orders are to crush any TUCOSWA meeting.”

Swaziland police also broke up a national union meeting February 28, on the grounds that workers were discussing democracy.

Over the past three years, Swaziland authorities have refused to grant legal registration to TUCOSWA, most recently denying the federation’s December 2014 application under the country’s recently amended Industrial Relations Act. In August 2014, some in the Swazi government falsely accused Ncongwane and human rights lawyer Sipho Gumedze of taking a stand against trade benefits for Swaziland when they were in Washington, D.C., to attend the U.S. Africa Leaders Summit Civil Society Forum.

TUCOSWA is receiving key support from the country’s religious leaders. On Sunday, a coalition of Christian churches called for the registration and recognition of TUCOSWA as part of its broader call for multiparty democracy to address the Swaziland’s political, social and economic crises.

In June 2014 the U.S. government took the rare step of suspending African Growth and Opportunity Act (AGOA) trade benefits for Swaziland, citing the Swazi government’s systematic violations of fundamental worker rights, including refusal to legally recognize TUCOSWA. Swaziland’s trade unions support AGOA, but maintain that the country must meet benchmarks of the agreement, which include respecting human rights and labor rights.

The 2014 U.S. State Department human rights report cited serious human rights violations in Swaziland, including arbitrary or unlawful killings by the government or its agents; severely restricted freedom of assembly, including violence against protestors; jailing of trade union leaders; the deregistration of TUCOSWA and the banning of strikes.