Taking on Gender-Based Violence at Work in Indonesia 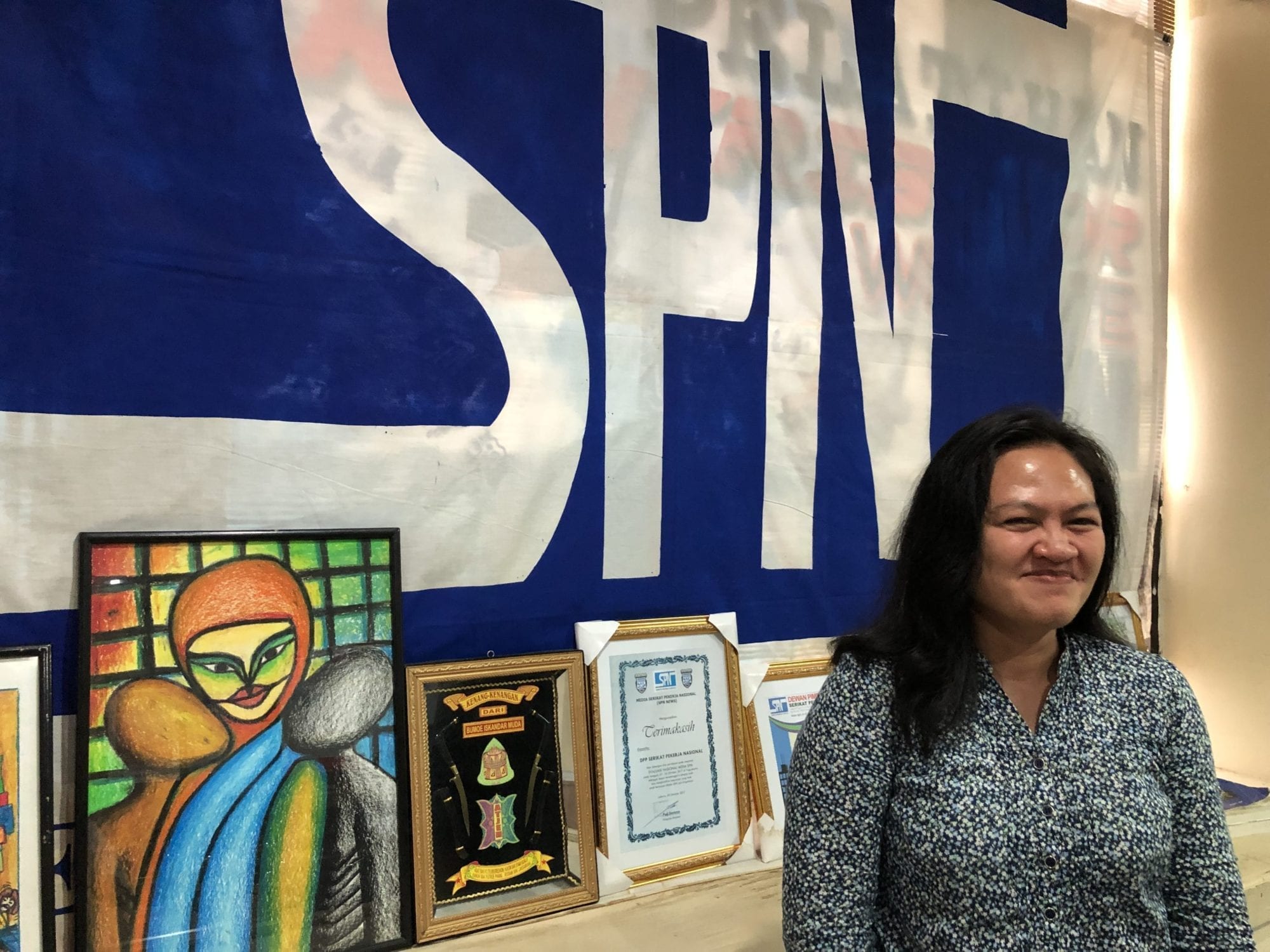 Like women around the world, Indonesian factory, farm and office workers frequently face sexual harassment, bullying, rape and other forms of gender-based violence (GBV) on the job—yet many are unaware that anything can be done to address it.

Now, union women leaders in Indonesia are developing unique strategies to educate and empower working women on their rights to safe workplaces free from gender-based abuse.

“This issue is a big issue but it never has been raised up compared with other issues in the union,” says Sumiyati, chairperson for Women and Children’s Affairs at the National Industrial Workers Union Federation (SPN–NIWUF), a Solidarity Center partner. 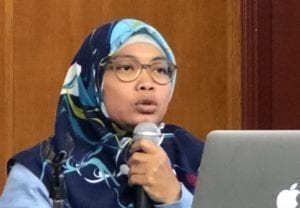 “Unions in the past only focused on economic issues—gender-based violence issues have never been our priority in the past”—Nurlatifah, SPN–NIWUF board member. Credit: Solidarity Center/Tula Connell

“Unions in the past only focused on economic issues—gender-based violence issues have never been our priority in the past,” agrees Nurlatifah, SPN–NIWUF board member.

Sumiyati and Nurlatifah, with support from their union, are spearheading the launch of a six-month pilot project, “Free GBV Zone,” at factories where SPN-NIWUF local unions and employers agree to participate.

At least two factory unions in Jakarta have signed up so far, says Sumiyati, speaking through a translator. Training workers will be a key part of the process, which also involves mapping out the type and amount of gender-based violence at the worksite and working with the union and employer on implementing recommendations to prevent GBV. Essential to the project’s success  is setting up a monitoring system to assess the implementation of the recommendations.

A 2017 survey by the Indonesian women’s rights organization, Perempuan Mahardika, revealed that 56.5 percent of the 773 women garment workers in a Jakarta industrial complex were sexually harassed.

The five month in-depth research project project among 105 women factory workers found that of those who had been subject to gender-based violence, 71 percent had experienced it at work. After analyzing the results, project leaders crafted a report they will share with the International Labor Organization (ILO) as well as with unions throughout Indonesia. Now, says Nurlatifah, “the union tries to mainstream this issue into every activity the union conducts.”

The report finds that “fueling gender-based violence in the world of work is a lack of understanding about GBV, few or no regulations protecting female workers from violence and little awareness about violence in world of work by employers, the government and workers.” 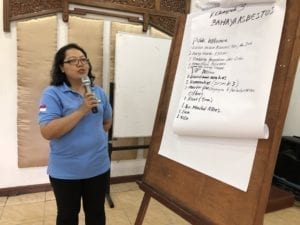 For unions, changing those dynamics starts with awareness training for workers.

Shalya, who also is vice president of the Pharmaceutical and Health Workers Union (PHWU), has engaged with nurses and other union members in education trainings and follow up through WhatsApp groups to raise awareness of the issue with the ultimate goal of ending gender-based violence at hospitals and health care facilities.

“When I was working in hospital, there was so much violence coming from doctors and coworkers, and also patients,” says Shalya, who experienced such abuse first hand. “It’s very risky in the hospital.”

As a new hospital staff member years ago, Shalya was among six co-founders of a union. Now, she is bringing her deep sense of social justice to focus on ending gender-based violence at work and has an ambitious plan to set up a counseling center for union members experiencing sexual harassment and other forms of gender-based violence on the job. The center will be staffed with union volunteers, all of whom will be trained by the global union Public Services International (PSI).

Shalya has another goal as well: “Women matters are not a big focus of unions, and so I am trying to put it on the agenda.”

Championing an ILO Convention on Gender-Based Violence at Work

Unions in Indonesia also are working broadly at the international and national levels. SPN–NIWUF partners with some 50 organizations and unions in a nationwide campaign seeking government support for an ILO convention (regulation) on gender-based violence at work.

The convention, championed for years by unions and their allies worldwide, including the Solidarity Center, would address violence and harassment at work. In June, workers, employers and governments will negotiate final language on a binding convention and recommendation at the International Labor Conference.

In Indonesia, Parliament “is actively supporting a campaign on gender-based violence because of the work the campaign has done to build consciousness,” says Izzah Inzamliyah, Solidarity Center program officer in Indonesia. The Draft Law on the Elimination of Sexual Violence has drawn a sharp backlash from conservative forces who say it puts too much emphasis on women’s rights, violates religious values and promotes sex outside marriage.

Meanwhile, Indonesia’s official Commission on Violence against Women reports that there are hundreds of discriminatory national and local regulations targeting women.

For unions, addressing gender-based violence at work is “important for creating a working environment free from gender-based violence for our members,” says Sumiyati. A lawyer by training, she worked for years in the color laboratory of a textile plant, where many women discussed with her incidents of abuse at work.

And when women experience safe workplaces, they also will be more likely to become involved in their unions and communities. Sumiyati cites one shoe factory where the majority of its 52,000 workers are women—yet women’s leadership in the factory union is only 16 percent.

“It’s important [for women workers] to understand about gender-based violence so they will be comfortable conducting their activities so they can be safe and be active in taking part in union leadership and the process of making decisions,” she says.