The High Cost of Low Wages in Haiti: New Report 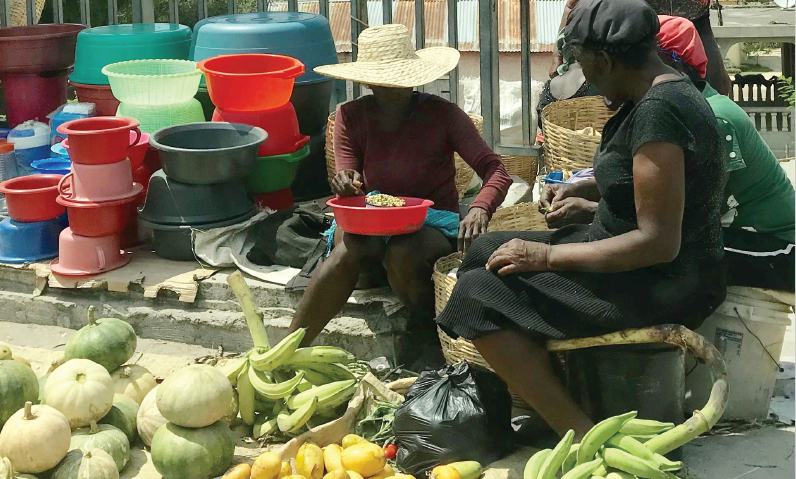 Haitian garment workers face increasing difficulty in covering basic expenditures as prices soar while wages hover far below the cost of living, according to a new Solidarity Center report.

The High Cost of Low Wages in Haiti (2019), a new Solidarity Center survey tracking living expenses for garment workers from September 2018 through March 2019, shows that the daily minimum wage of 420 gourdes (about $5.07) for export apparel workers in Haiti is more than four times less than the estimated cost of living. Consequently, workers—the majority of whom are women supporting families—are forced to toil longer for less due to diminished purchasing power and are unable to cover daily necessities, including food.

Report recommendations include that government increase the minimum wage to an estimated living wage of 1,750 gourdes per day and allow workers to select their own representatives to the country’s tripartite minimum wage committee.

“Any substantive discussion on democracy in Haiti needs to address the issue of a living wage for Haitian workers,” said Joell Molina, Solidarity Center regional program director for the Americas. “When workers earn enough to meet their basic needs, they can stop focusing on daily survival and shift their energy toward participating in civic spaces to better their communities and enhance their democracy.”

Even though Haiti has incrementally increased the minimum wage since the passage of HOPE II—U.S. legislation qualifying exports for duty-free access to the U.S. market in exchange for factory adherence to international labor standards and domestic labor law, among other criteria—wages have not kept pace with inflation.

The cost of living in Haiti has increased by 74 percent since the Solidarity Center’s last assessment in 2014. Based on the current minimum wage, workers must spend more than half (55 percent) of their take-home pay on work-related transportation and a modest lunch, leaving insufficient funds to cover other necessities. Some workers say they can only afford to eat once per day.

A follow-up to similar cost-of-living surveys conducted in Haiti in 2011 and 2014, The High Cost of Low Wages in Haiti presents pricing data collected across communities in which garment workers are concentrated, including Delmas, La Plaine, Petionville, Tabarre, downtown Port-au-Prince and the airport zone near the Metropolitan Industrial Park. The locally appropriate basket of goods surveyed includes clothing, communication, education, energy, food, healthcare, housing, transportation, water, and savings and discretionary spending.

The apparel industry represents one of the few sources of formal employment in Haiti and provides factory jobs to as many as 52,000 workers. Despite the requirements of HOPE II, the independent monitoring program Better Work Haiti routinely reports rights abuses, including improper payment of wages and benefits, health and safety violations, sexual harassment and repression of freedom of association. In addition to poor working conditions, many workers labor with persistent hunger due to their inability to afford enough food.

Workers in Haiti face daunting obstacles when seeking to exercise their rights to better wages and working conditions. In the 2018 ITUC Global Rights Index, which ranks 142 countries according to 97 internationally recognized indicators to assess the extent to which worker rights are protected in law and in practice, Haiti was found to systematically violate worker rights.