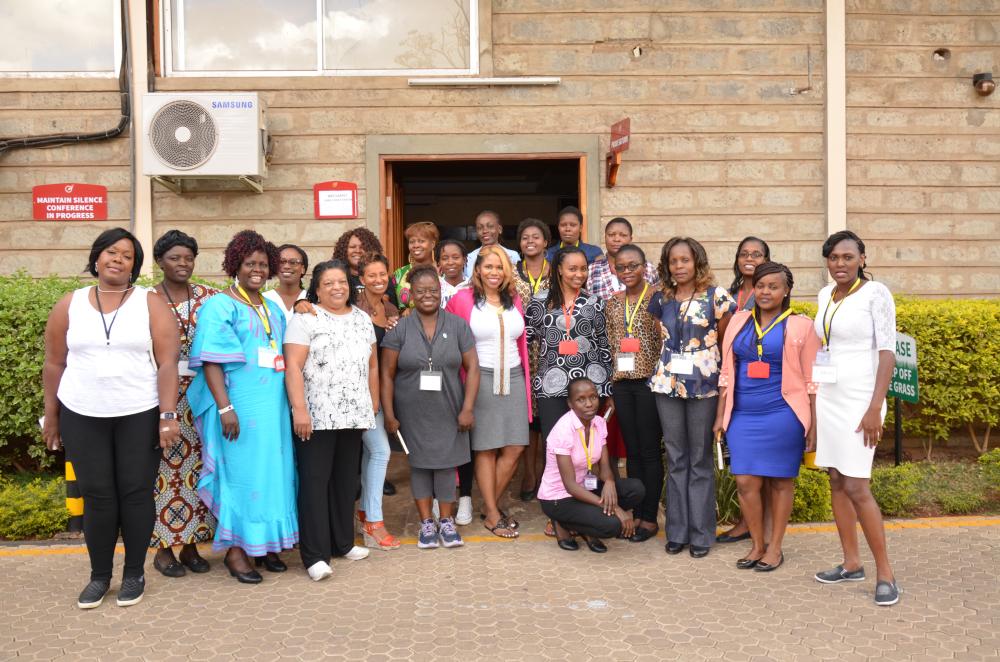 Five black women activists representing the U.S. labor movement, the Black Women’s Roundtable and other causes working to promote women’s empowerment and gender equality, traveled to Kenya last week to connect with union women from the Central Organization of Trade Unions-Kenya (COTU-K) and the broader community to examine structural barriers that disproportionately affect women and other marginalized groups, and explore remedies to those barriers.

The group visited with union leaders of COTU-K, Kenya’s labor federation, and with young worker activists in the informal economy, workers and organizers at a flower farm, managers and union representatives at a motor assembly plant of an international automotive corporation and community organizations and NGOs. Participants say the one-on-one connections reveal a labor movement that is responding to women’s demands for a seat at the table.

The women, who traveled to Nairobi, Naivasha and rural Samburu County, say they found a vibrant and effective civil society that is pursuing a progressive agenda  promoting gender equality. They exchanged experiences and strategies with several nongovernmental organizations (NGOs) and community groups, including HAART, Women for Women, The Centre for Rights, Education and Awareness (CREAW) and the Kenya Youth Empowerment Network (KYEN).

U.S.-based community activist LaTosha Brown predicts that additional resources will bring even more progress. “When I saw the passion and commitment with the unions, women and young people, I also see … tremendous potential for significant impact for U.S. civil society groups and foundations,” she says.  Brown is the project director at Grantmakers for Southern Progress.

Sheila Tyson, city councilperson in Birmingham, Ala., notes that women in Kenya have achieved significant political progress toward representative equity because the country has set aside legislative seats for women. “We don’t have that in the U.S.,” she adds. A legislative solution to low female representation in legislative bodies is important, she says, otherwise, women get little respect: “Men think we are mantelpieces.”

Gender-based violence at work and in society, a focus of the exchange, is beginning to be addressed in Kenya by trade unions and NGOS, as well as in the political realm through advocacy for legislative strategies.

“It was shocking to see how [gender-based violence] shows itself in very similar fashions around the world,” says Brown, adding that she was very encouraged to find COTU-K taking on domestic worker issues—which include sexual and physical violence on the job—as a key concern.

The women say they were heartened to see efforts to combat gender-based violence. Says Tyson: “People like Rose Omamo and the community activists are holding people’s feet to the fire.” Omamo, general secretary of the Amalgamated Union of Kenya Metal Workers and chair of COTU-K’s Women’s Committee, met with the U.S. delegation. She is the first woman to be elected general secretary of a trade union in that country.

Celeste Faison, organizing coordinator for the U.S. National Domestic Worker Alliance (NDWA), and Erica Strong, business owner, author and motivational speaker, also joined the delegation. The Solidarity Center implemented the exchange with a grant from the U.S. Department of State’s Bureau of Educational and Cultural Affairs.