Wesam Chaseb: In Iraq, ‘Change Will Start from Unions’ 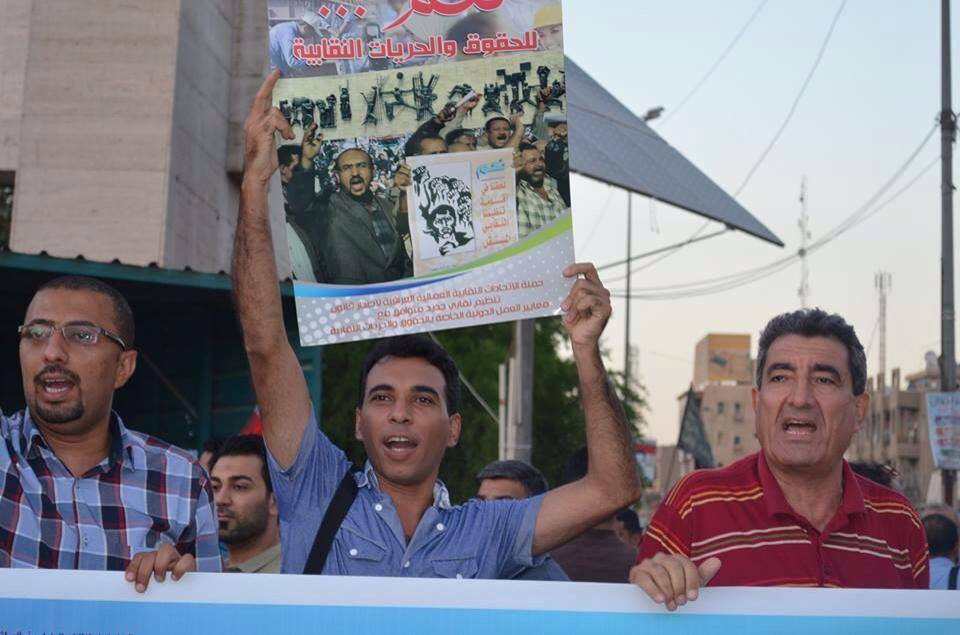 In 2003 as the Iraq War began, Wesam Chaseb, a young man with a college degree in physics, chose a job with the Iraq Federation of Trade Union (IFTU) Department of Training. His father had been involved in the labor movement until 1981, two years after Saddam Hussein took power. Under his 24-year reign, the rights of workers to form unions were rolled back, including a 1987 ban on collective bargaining, and union leaders were targeted and often killed. His deposition left uncertainty and potential for the future of worker rights in Iraq.

Despite the social divisions that the Iraq war has brought into focus, the Iraqi labor movement has built unity and solidarity among working people throughout the conflict. Merging with two other labor federations, the IFTU became the General Federation of Iraqi Workers (GFIW), and in 2015—after 12 years of movement-building and three years of collaboration with Parliament—the labor movement pushed a new labor code that defines the right to strike and includes the country’s first legal protections for victims of workplace sexual harassment. The law went into effect in February 2016.

Chaseb, who has managed the Solidarity Center’s work with Iraqi unions and workers since 2011, is particularly proud of the law’s prohibition on sexual harassment and discrimination in the workplace; its protection against arbitrary dismissals and the freedom to bargain collectively and strike.

“The first time, some said, ‘No,’ we don’t have sexual harassment in Iraq, we are not like other countries,” explains Chaseb. But after hearing back from women’s committees in several unions that had been established to review the labor code, union leaders became convinced legal protection of women union members against sexual harassment on the job was necessary.

“The leaders listened to the women,” he said.

The outcomes of Chaseb’s labor organizing may depend on lots of external factors, but he feels certain that his work is supporting one of Iraq’s best hopes for peace and social cohesion.

“I keep working with Iraqi unions,” he said, “because I’ve seen that they are the real face of Iraq. There is no discrimination among workers. They ask for an Iraq without violations of human rights.”

As a result, Chaseb says, “the change will start from unions.”

Passage of a new labor code was a significant step forward, but Chaseb is working with Iraqi unions on several other initiatives, including application of the new labor code to public-sector workers, as well as a Freedom of Association law that will bring the country in compliance with International Labor Organization (ILO) standards.