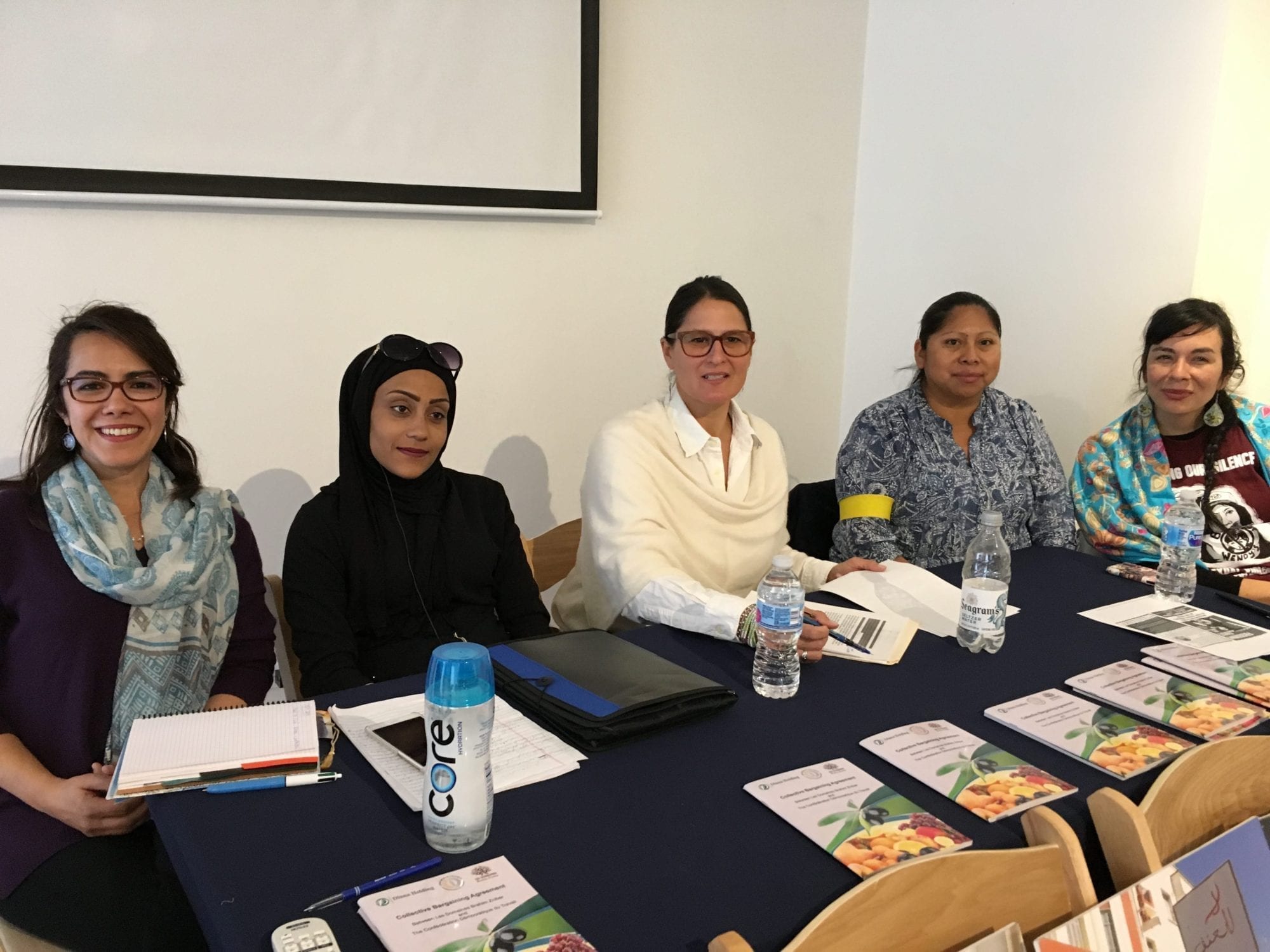 Women farm laborers are among the most exploited workers around the world—forced to endure long days in harsh conditions, paid subsistence wages and often subject to physical and psychological violence on the job. Yet they are standing up for their rights and demanding workplace justice through their unions and worker associations, as two Solidarity Center panels highlighted yesterday in New York City.

Cherrouk joined workers and Solidarity Center representatives from Jordan and Peru on the Solidarity Center panel, “Rural Agricultural Women Workers Organizing to Increase Equality and Empowerment.” The panel, moderated by Robin Runge, Solidarity Center senior gender specialist, is among dozens of parallel events taking place this week in conjunction with the 62nd session of the United Nations Commission on the Status of Women (CSW). The CSW this year is emphasizing the challenges and opportunities in achieving gender equality and the empowerment of rural women and girls. 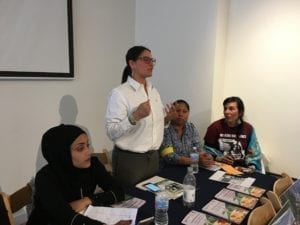 Women farm workers in Peru are negotiating contracts that enable them to care for their families. Samantha Tate Credit: Solidarity Center/Tula Connell

In Peru, women farm workers who participated in Solidarity Center gender equality and leadership training have gone on to negotiate child care at the workplace and enforcement of laws like paid time for breastfeeding and guaranteed jobs following maternity leave, says Samantha Tate, who headed up the program there.

“The really exciting, transformative piece of this work is that we have been able to take women who are very isolated to start to begin to feel connected,” she says. The women farm workers, many of whom work in the export agriculture industry planting and harvesting avocados, grapes, and asparagus, go on to train other women.

Women Farm Workers Vulnerable to Abuse on the Job

Some 564 million women work in agriculture, and those in commercial agriculture are predominantly concentrated in temporary, informal and seasonal jobs, where they receive low wages and few or no benefits, and are exposed to dangerous and unsafe working conditions. 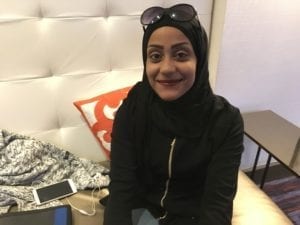 “When I talk about women farm workers in Jordan, it is considered to be a huge army. There are tens of thousands of them,” says Ayat Al Bakr, a farm worker and union organizer in Jordan. “But it is suffering from low wages and inability to earn a decent livelihood.”

Al Bakr says she joined the union because of “oppression, long working hours in the sun, very high temperatures, wages very low” and safe transportation for the workers to and from the fields. But just as important, she says, speaking through a translator, she and other women farm workers want their employers to treat them with respect.

Such verbal bullying and harassment is one manifestation of gender-based violence at work, which also includes physical and sexual abuse, as speakers discussed at the panel “#MeToo: Rural Women, Migrant Women, Sexual Assault, Access to Justice.” 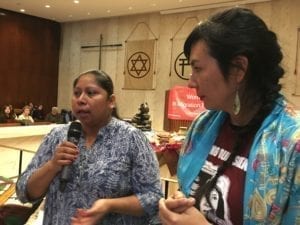 “For decades, women working in the fields carried the weight of disrespect” knowing they would be physically and psychologically abused on the job, says Lupe Gonzalo, a tomato farm worker and union organizer with the Coalition of Immokalee Farmworkers in Florida. “We couldn’t enjoy our time with our children at night because we knew we would go to the fields the next day and face the abuse again,” she says, speaking through a translator.

Gonzalo, who shared her story on both panels, described how the coalition succeeded in winning landmark agreements with corporate brands that enforce a code of conduct for growers who provide tomatoes. Through a 10-year campaign, 90 percent of Florida’s tomato fields now are covered by the code, which includes a zero tolerance policy for sexual abuse and other forms of gender-based violence.

“Now we can enjoy our time with our children with no shame or guilt and know we will go to the fields and be safe,” says Gonzalo.

‘Women Need the Space to Be Leaders’

Sponsored by United Methodist Women, Women in Migration and the Solidarity Center, the panel also highlighted efforts of unions and other civil society organizations to ensure the United Nations Global Compact for Safe, Orderly and Regular Migration now being drafted make gender a key part of the final document, which will be adopted in December. 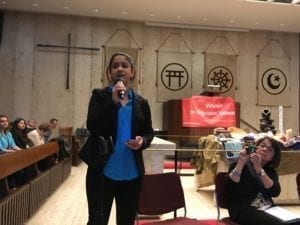 “Migrant women without status don’t have access to justice,” says Cathi Tactaquin with the Women in Migration Network and the National Network for Immigrant and Refugee Rights.

Mehta discussed the International Trade Union Confederation (ITUC) campaign for passage of an International Labor Organization (ILO) convention (standard) covering gender-based violence. Workers around the world could have access to a binding international standard covering gender-based violence at work after it is finalized. The Solidarity Center is among unions and other organizations around the world that have joined the campaign.

Despite their struggles, the women farm workers who took part in the panels say they are determined to continue working to ensure decent working conditons and dignity on the job for their sisters in the fields.

“All of the work we are doing is the beginning to end decades and decades of abuse and modern day slavery,” says Gonzalo. “We continue with our struggle because we now there are thousands and thousands of women who continue to be abused.”