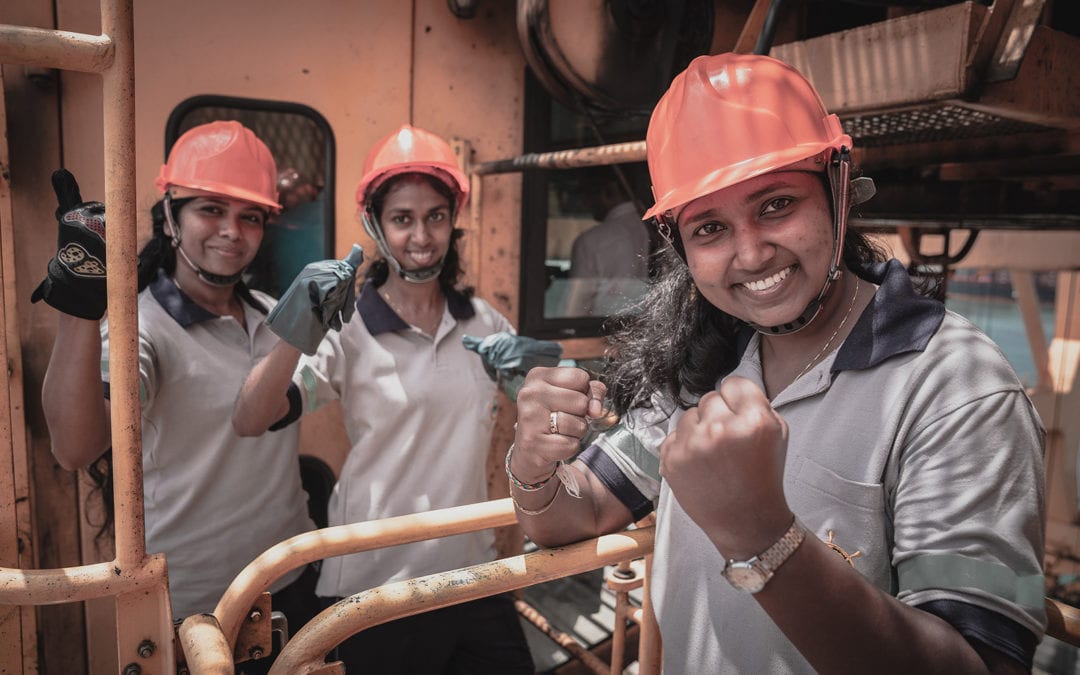 As the world commemorates International Women’s Day, women workers around the world are leading struggles to safeguard democracy and improve wages and working conditions, often facing arrest or violence.

Listen to this article.

Women garment workers are on the front lines of the fight for a living wage in Haiti, where four-fifths of their day’s earnings are wiped out by necessities like food and transportation. This year, after not receiving an increase for more than three years and despite punishing inflation,  workers took to the streets to peacefully demonstrate for a minimum wage increase. They were met with police violence, including tear gas and live ammunition.

Berinette, a worker who was part of the February 9 and 10 demonstrations, spoke about the shocking police violence. “We thought they were protecting us and they were destroying us,” she said. “They shot rubber bullets and they fired tear gas at us. They beat us but, despite this, we didn’t fear and we were never afraid.”

In February, General Secretary María Alejandra Morales Reynoso led the National Independent Union for Workers in the Auto Industry (SINTTIA) to a landmark election victory in Mexico, when the independent union won the right to represent over 6,000 workers at a truck plant in Silao.

In a union election with a 90 percent turnout, SINTTIA won with 4,192 votes out of 5,389 valid ballots. SINTTIA defeated the entrenched CTM labor group that had held the contract at the plant for 25 years and derived its strength from cultivating relationships with politicians and corporations while keeping wages low. 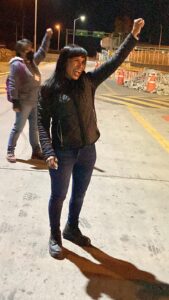 Workers succeeded in making their voices heard despite attempts to buy votes and threats of violence against union leaders and activists. Just before voting began, three individuals threatened Reynoso and her family with harm if she showed up to vote.

“They just came by my house, two men and a woman, telling me to send a statement saying neither I nor any other worker should show up tomorrow, or if not there will be problems,” said Morales Reynoso.

“We proved it’s possible to get organized and to fight for our rights and to leave behind the fear that we’re going to lose our jobs,” Morales Reynoso said.

On February 1, one year after the overthrow of Myanmar’s democratically elected government by a military junta, Phyo Sandar Soe, general secretary of the Confederation of Trade Unions Myanmar (CTUM), was among five-member presidium elected by the First People’s Assembly of the National Unity Consultative Council (NUCC). Sandar is the youngest person and the only woman elected to the presidium.

Women workers played a leading role early on in the protests against the Myanmar coup, in which the country’s 450,000 garment workers were especially active in organizing civil disobedience and factory shutdowns. They have asked international corporate fashion brands to cease doing business in Myanmar until democracy is restored. 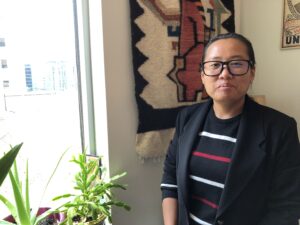 An estimated 1,500 people have been killed since the military coup, and nearly 12,000 imprisoned, most tortured. The military junta especially targeted union leaders, arresting dozens, and many others fled the country or went into hiding. Demonstrating workers continue to be arrested under the pretense of spreading Covid-19 as Cambodian authorities repeatedly abuse the country’s COVID-19 law to break up the strike

Speaking from a safehouse, in a podcast interview with Bader-Blau, Sandar spoke of the strength of workers standing together despite repression and personal danger.

“We are facing a bloody crackdown, but all people protect each other. We are finding solutions to fight back. That’s why I want to tell our brothers and sisters to endure this duration because we have very high motivation to fight back against the junta, she said.”

In early January in Cambodia, Labor Rights Supported Union of Khmer Employees (LRSU) President Sithar Chhim was one of nine union leaders arrested during a peaceful strike and was violently taken away when she attempted to join her colleagues in a picket line at the NagaWorld hotel and casino.

Hundreds of slot machine workers, dealers, housekeepers and technicians are on strike to demand the reinstatement of 365 workers who were fired months earlier. While management claimed the layoffs were due to COVID-19, union leaders say nearly all of those laid off were union leaders or members.

The layoffs took place shortly after the union won a wage increase that boosted pay between 18 percent and 30 percent and secured the reinstatement of Chhim, who was suspended from her job in September 2019 for defending the right of a union member to wear a shirt with a message that called for higher wages.

Striking workers petitioned several embassies and consulates to contact the government about the arrests of union leaders and urge officials to respect human rights.