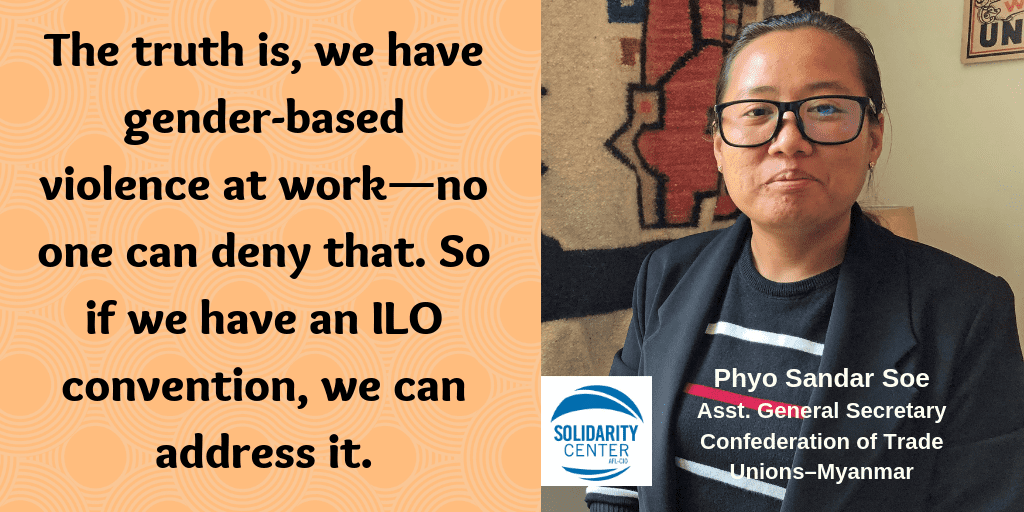 Workers and their unions are starting discussions this week on a global standard that would address violence and harassment in the world of work. They join representatives of employers and governments at the June 10–20 International Labor Conference (ILC) in Geneva, where they are championing an International Labor Organization (ILO) convention with a strong focus on gender-based violence (GBV) and harassment.

“We cannot deny that we have gender-based violence at work, so if we have an ILO convention, we can address it,” says Phyo Sandar So, assistant general secretary of the Confederation of Trade Unions–Myanmar (CTUM), a Solidarity Center partner. She says a global convention would enable union activists and their allies in countries like Myanmar to advocate for more protective laws and ensure their enforcement.

“We do not have a strong domestic law for violence at workplace,” she says. “When we make a policy for gender-based violence at work, we need to have international standards to make our own legislation, see how other countries implement it to make a law.” Sandar will be among workers at the ILC, where her CTUM union sisters will be at the negotiating table. 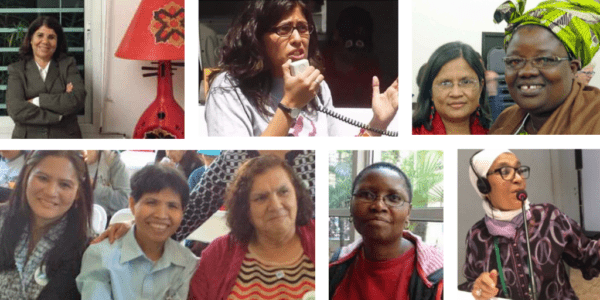 Final negotiations on an ILO convention covering gender-based violence at work comes after more than a decade of work by women in the global labor movement. Women like Rose Omamo, general secretary of the Amalgamated Union of Kenya Metal Workers, a Solidarity Center partner.

“Women were going through serious sexual harassment at the workplace without knowing what to do about it. There were no gender champions who would campaign against GBV as compared to now that we are seriously campaigning against GBV at workplace,” she said.

In 2015, as a result of these efforts, the ILO agreed to craft a standard on ending violence and harassment against men and women in the world of work, and workers have been at the table helping shape it ever since. Their years-long effort has been supported by the International Trade Union Confederation, Solidarity Center and unions and organizations around the world. 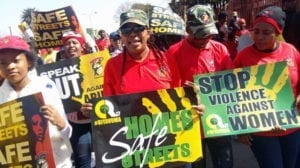 In February 2019, the ILO released the most recent draft of the proposed convention, “Ending Violence and Harassment in the World of Work,” which builds on high-level discussions in spring 2018 among representatives of workers, government and business.

Leading up to the final discussions happening now in Geneva, Solidarity Center partners urged their unions, governments and employers to publicly support a binding ILO convention on violence and harassment at work that covers gender-based violence.

For instance, the Georgian Trade Unions Confederation (GTUC), together with other civil society organizations, helped push the adoption of a law that includes a definition of sexual harassment at the workplace, and designated the Public Defenders’ office as a state body responsible for the enforcement of new legislation.

“Unions increased awareness about the standard-setting procedures and importance of the convention to members; built alliances among civil society and human rights groups at the local and international levels; and organized regional workshop to share experiences, strategies and developing plans for a strong regional networking in the future,” says Beltadze. 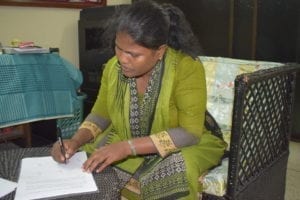 Sritee Akter from the Garment Workers Solidarity Federation in Bangladesh, signs a letter to the prime minister urging government support of an ILO convention on gender-based violence at work. Credit: Solidarity Center/Istiak Inam

In Bangladesh, trade union federations and worker organizations representing garment workers and domestic workers sent a message to the government urging the administration to support the convention. Nine Solidarity Center partner organizations signed a letter to Prime Minister Sheikh Hasina, making the case for government support for the convention and recommendations.

Omamo, a representative on the gender commission of the Organization of African Trade Union Unity (OATUU), and Gertrude Mtsweni, gender coordinator for the Congress of South African Trade Unions (COSATU), worked with OATUU’s gender commission to develop an effective  message to urge their governments to ratify the convention after it is passed by the United Nations. Countries are not covered by a UN convention unless their governments ratify it and indicate they are committed to applying its provisions in national law and practice, and reporting on its application at regular intervals. COSATU activists took part in #TotalShutdown rallies last fall to protest violence against women.

These are just a sample of the education, mobilization and advocacy workers and their unions have undertaken in the weeks and months before the ILC.

“Unions provide a means by which working people most impacted by GBV can voice their needs and experiences. In doing so, unions have shown that when front-line workers have a say, solutions addressing deeply rooted problems like GBV effectively address the concerns for those most affected,” she says.

Solidarity Center Legal review highlighting the need for an ILO convention on GBV.

Find out more about the ILC.